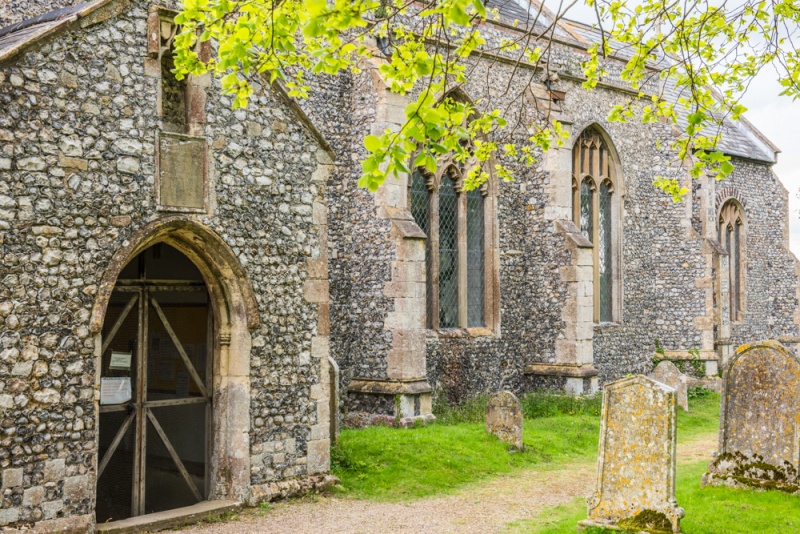 St Michael's church stands atop a hill overlooking the village of Swanton Abbott. There has been a church on the hill since Saxon times, but the present building is a product of the 14th and 15th centuries.

The oldest part of the church is the west tower, begun around 1340, while the nave, south porch, and chancel followed, and were completed by the middle of the 15th century.

One of the finest historic features in the church is a worn 15th-century screen. We know with relative certainty when the screen was built, for it bears the initials of the serving rector, Stephen Multon, who was in office from 1435-1477. 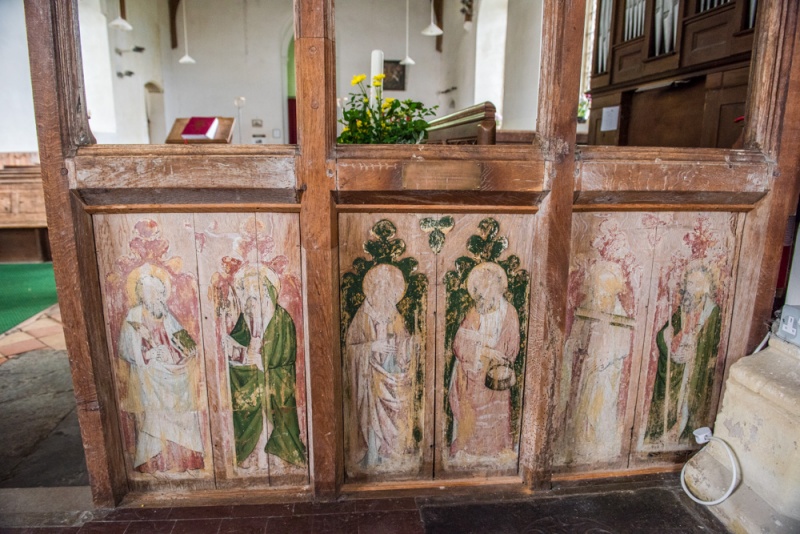 The painted panels were heavily restored in the early 20th century, and for some unexplained reason, reinstalled so that they face the chancel, not the nave. The panels depict saints with their symbols. For example, we see St Philip with a basket of loaves, and St Jude with his boat.

The worn south door has an ancient knocker which could date to the 13th century.

There is a piece of 15th-century glass depicting an angel, set into a north nave window. Also 15th century is the octagonal font, its bowl carved with quatrefoil motifs.

There are several interesting memorials, including a brass inscription to Elizabeth Knolles, who died in 1641. The brass was a gift of Elizabeth's son John, and concludes with a very touching Latin inscription that translates as 'Farewell my dear one, farewell dear'. 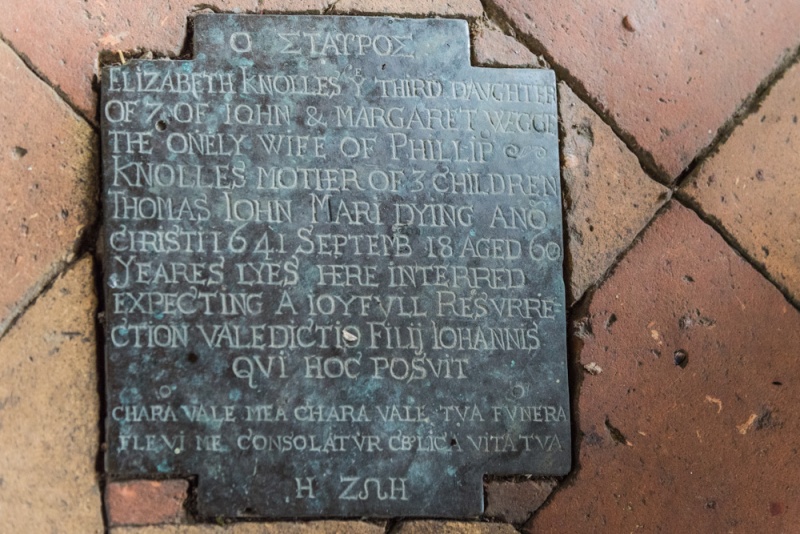 Set into the chancel floor is a very good brass depicting a priest in vestments. It commemorates Stephen Multon, mentioned above, who was responsible for the screen.

One unusual feature is a painted royal coat of arms to William IV, dated 1831. Another Victorian feature is a sober wall monument to the curiously named William Jex Jex Blake, a rector and justice of the peace for Norfolk, who died in 1857.

When I arrived at the church several parishioners were preparing for a service, laying out hymn books and arranging chairs. I had to scurry about taking photos before the rest of the congregation arrived, but they didn't seem to mind. One friendly person dug out a church guide for me, and pointed out a pair of inscription on the buttresses supporting the south chancel wall that are very east to miss.

One is to John and Katherine Dennes (d. 1717) who are buried at the foot of the buttress. It is curious that there is no memorial, gravestone, or tablet, just an inscription carved directly into the buttress beneath a small piece of projecting moulding to prevent wear from rainwater.

Also carved into a buttress is a poignant inscription to Joseph Bear, who died in 1693 at just 5 years of age.

The church is located at the top of Church Lane, directly opposite the primary school. When I arrived school was just letting out for the day, and the lane was crowded with parent arriving to pick up their children. It was exceptionally hard to find a place to park, but I can only assume that it would be easy at other times of the day to find a space to pull over off the lane. The church was open when I visited, and as far as I can determine is usually open to visitors. 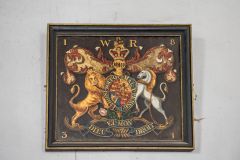 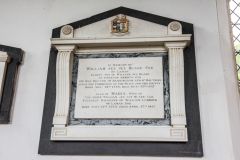 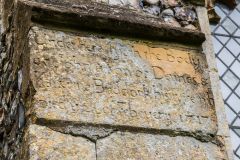 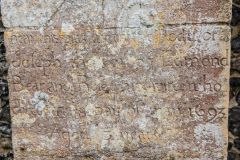