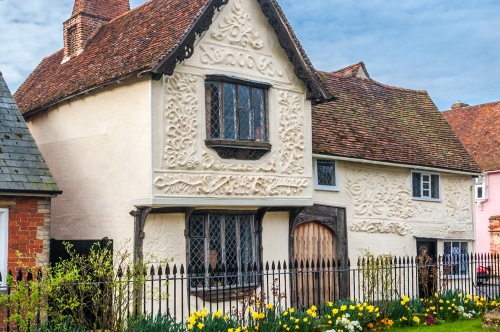 Clare Ancient House Museum is a lovely museum detailing the history of the historic Suffolk village of Clare and its inhabitants, through displays on local education, leather goods, clothing, transport, and brewing. There is a small entry fee.

The museum covers the rich history of Clare and the people who lived and worked here over the centuries. Each year there is a different theme. Past themes have included the Clare Reliquary Cross, a medieval artefact discovered near Clare Castle, and 'The First Lady of Clare', the story of Elizabeth de Burgh (1295-1360). 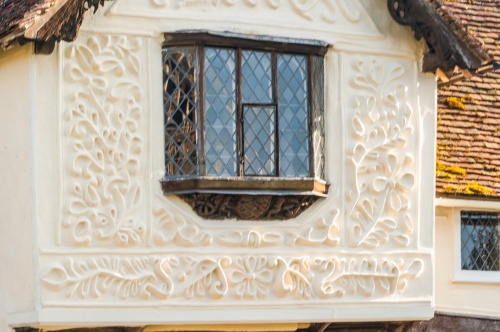 The museum is housed in a Grade I listed building that features extraordinarily detailed pargeting, or moulded plasterwork on the exterior. The delicate pargeting makes Ancient House a frequent target for photographers. The picturesque timber-framed house is built with two wings at right angles. The older wing, on High Street, dates to the late 14th century. The heavily decorated east wing, facing the churchyard, was added in 1473.

The house was thought to have been used as a dwelling, a bakery, and a workhouse at various times over the centuries. In 1938 the house was given to the town of Clare by Charles Byford to serve a 'useful public purpose'. That purpose proved to be a museum focussed on local heritage.

The village of Clare is well worth visiting; apart from the museum, Clare boasts an Iron Age fort, a Saxon earthwork, a Norman castle. There is also Clare Priory, the first Augustinian foundation in England, and a fantastic 14th-century parish church. 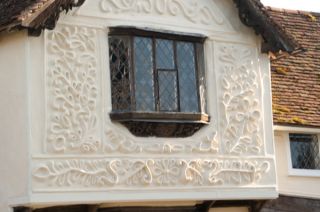