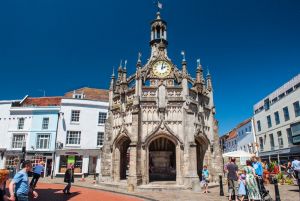 The historic city of Chichester is one of the real highlights of any visit to West Sussex. The city was founded by the Romans at a point where two of their major roads crossed - a point marked by the lovely 16th-century buttercross. The prize of Chichester is its superb medieval cathedral, the only English cathedral visible from the sea.

The cathedral was built on the site of a Roman building and a later Saxon church, and incorporated stones from the earlier buildings, plus several Saxon carvings. Unusually, the cathedral has a detached bell tower, something that is fairly common on the continent, but rare in Britain.

The interior features some fine 14th-century choir stalls, and two superb Norman carvings; the Raising of Lazarus, and Christ Arriving in Bethany, both on the south wall. The site occupied by the Roman amphitheatre can be found at the east end of the city centre.

One of the best preserved historic buildings is the almshouse known as St Mary's Hospital, which has remained essentially unaltered from its construction in the 13th century. Another highlight is the medieval guildhall, built in 1282. The guildhall was the scene of high drama in 1804 when the artist and poet William Blake was tried and acquitted of high treason.

The 15th-century church of St Andrews is less grand than the neighbouring cathedral, but in the churchyard you can find the grave of William Collins, who died of madness in 1759.

In a fine red-brick Georgian house on Pallant Square is one of the best art galleries outside London, Pallant House Gallery, where you will find works by Picasso, Cezanne, and Henry Moore, among others.

Long stretches of the Roman city walls have survived. These were strengthened and rebuilt several times during the medieval period, and today, several stretches of the wall are accessible for walking. Chichester is a popular boating centre, with boats making regular trips around the harbour and beyond to Hayling Island.

Just a few miles from Chichester is the Goodwood estate, site of 'Glorious Goodwood' an annual horse racing event that is one of the major highlights of the British sporting and social calendars. 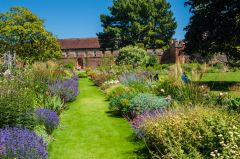 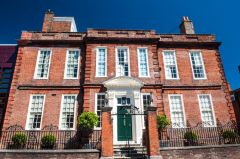 More self catering near Chichester >>

More bed and breakfasts near Chichester >>