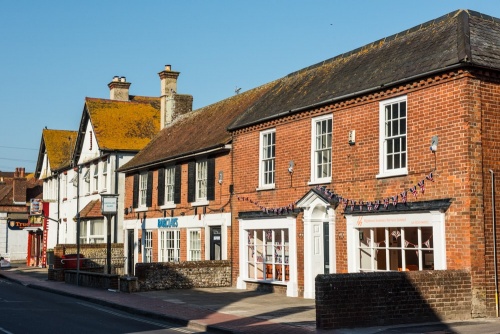 A historic seaside town, famous for its crab fishery, Selsey is located at the southernmost point of West Sussex. Much of the town centre is composed of old Georgian houses. Even older is Sessions House, a medieval building later used as a court by the Lord of Selsey Manor.

Another local landmark is Selsey Windmill, a restored 19th-century mill of red brick, which operated from 1820 to the 1920s. Like many Sussex towns, Selsey has a history as a centre for smuggling, especially around the East Beach area.

In the Dark Ages, Selsey served as the capital of the Kingdon of Sussex, but the history of Selsey really begins in the 7th century when St Wilfrid, a Northumbrian cleric who had been exiled from his homeland, founded a monastery near what is now Selsey after a grant of land from Caedwalla, King of Wessex. The king gave extensive lands as an endowment and among those lands was Selsey.

Selsey became the seat of St Wilfrid's abbey, and later served as the centre of Wilfrid's new bishopric. The cathedral was moved to Chichester in 1075 and Selsey became a manor owned by the Bishop. Selsey remained in the Bishops' hands until 1561 when Elizabeth I forced the then bishop to surrender the manor. 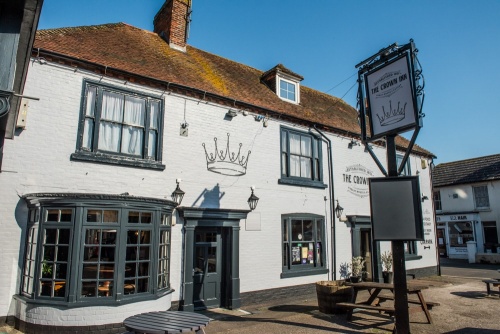 A few years later the Spanish Armada appeared off Selsey. The English devised a plan to lure the Spanish fleet onto Owers rocks just offshore, but the Spanish Admiral saw through the plan and instead, turned his ships to head for Calais.

During the 18th century, Selsey was a centre for smuggling. A grim reminder of those smuggling days is a blue plaque in Gibbet Field. The plaque records that in 1749 a pair of smugglers, John Cobby and John Hammond, were executed and hung in chains from a gibbet to act as a warning to other would-be smugglers. The warning had little effect. In fact, it was rumoured that the Rector of Selsey earned a commission on all kegs landed here by smugglers.

Several of the most important historic sites in the town are part of the Selsey Heritage Trail, marked by special plaques that give a brief history of the site. One such plaque marks the site where artist Edward Heron-Allen FRS lived.

Just across High Street from the site of Large Acres is The Crown Inn, a picturesque Grade II listed pub established in 1831. Though the building has been a pub since that date it was actually built in the late 18th century.

One of the most striking historic buildings in Selsey is Selsey Hall on High Street. The Hall was built in 1913 in Art Deco style. It served as a cinema and a venue for concerts, variety performances, lectures and dances as well as films.

Also on High Street is Century Cottage, a lovely pink thatched building dating to the 18th century. At the corner of High Street and School Lane is one of the prettiest buildings in Selsey, a 17th-century thatched cottage known as Hollyhocks. 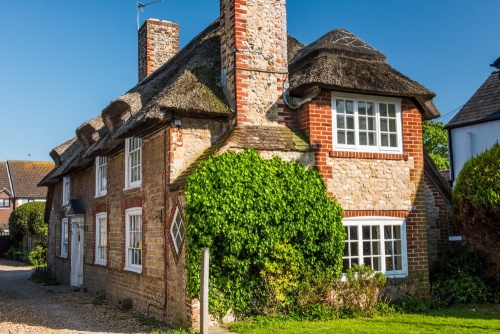 Further north along High Street is the parish church of St Peter. The church was built in 1865 using stones from the demolished nave of St Wilfrid's Chapel at Church Norton. The 12th-century arcades from St Wilfrid's were incorporated into the new building and the church holds the early medieval font from the chapel. The remainder was designed in 13th-century style by the prolific Victorian architect JP St Aubyn.

The truncated remains of St Wilfrid's Chapel were used for a time as a mortuary chapel, then given full chapel status. It is now maintained by the Churches Conservation Trust and forms a popular stopping place for walkers enjoying the nature trails that dissect Pagham Harbour Local Nature Reserve. Beside the churchyard are the remains of an 11th-century moated castle motte. 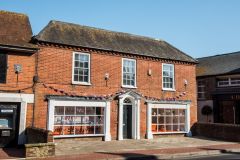 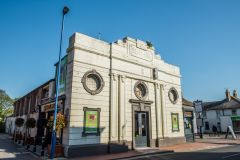 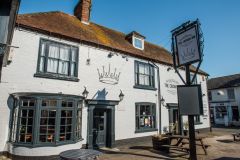 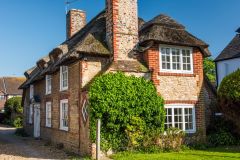 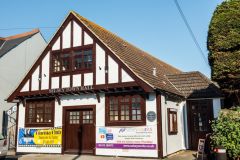 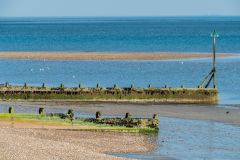 More self catering near Selsey >>

More bed and breakfasts near Selsey >>