HERITAGE HIGHLIGHTS:   Superb collection of Roman mosaics, some of the earliest and best preserved examples in Britain 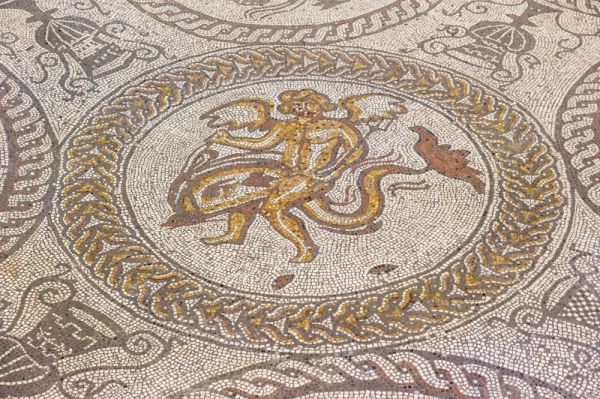 Like several Roman sites (see, for example, Bignor Roman Villa), Fishbourne Roman Palace was discovered by accident. In 1960 a farmer was digging a water main trench when he uncovered remains of Roman mosaics. On-going investigation over the course of the next nine years revealed that the Fishbourne remains were one of the most extensive in Britain and contained some of the finest mosaics in the country.

The first Roman presence at Fishbourne was a military fort established shortly after the invasion of 43AD. By the end of the 1st century, the site was transformed into a sumptuous palace, containing some of the earliest mosaics in Britain.

That first version of the Fishbourne palace had about 100 rooms, most with mosaics. Some 20 of these earliest mosaics still survive, ranging in size from small fragments to almost entire chambers.

Many of this 'first wave' of mosaics were of simple black on white geometric designs. They were probably designed by Italian craftsmen, as local men would not have yet learned the skills required to make them.

In the early 2nd century the earlier mosaics were overlaid by much more vivid and elaborately designed mosaics. Motifs were no longer simply geometric patterns but incorporated classical motifs such as a head of Medusa, flowers, knots, and urns in multiple colours. 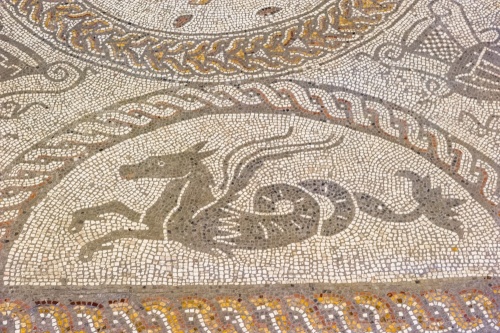 2nd-century mosaic of a hippogryph

One of the most famous of these 2nd-century mosaics depicts Cupid on a Dolphin, bearing a trident. These figures are set in a central roundel surrounded by seahorses and sea panthers, with vines, wine vases, and chequerboard designs.

But we are getting ahead of ourselves. We know that Fishbourne was a fabulous palace, a complex of rooms, the sheer size and scale of which suggests that it was a seat of power. But whose?

Suspicion has traditionally fallen on Cogidubnus, a quasi-mythical British ally of the Romans. We know little of Cogidubnus, indeed, his name is mentioned only twice in historical records. We know only that someone, possibly a governor or ruler of the area, made his residence here.

While we know little of the beginnings of Fishbourne, we know quite a bit about the end. In the late 3rd century, sometime around 275 AD, a disastrous fire struck Fishbourne. The residence was destroyed and was never again inhabited during the Roman period. 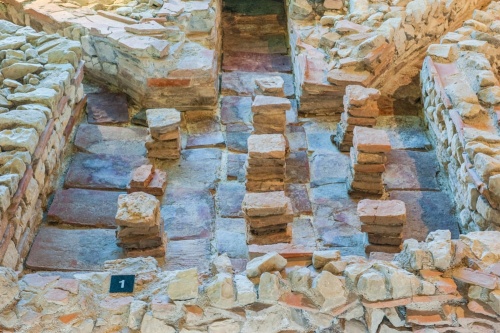 Outside the large museum area that protects the mosaics, is a restored Roman garden. Though we know almost nothing of the original garden aside from the layout, the garden has been planted with varieties known to have existed in Roman times.

We had visited Fishbourne some years ago, and with the passage of time I had forgotten just how impressive the mosaics truly are. But it is the sheer scale of the palace remains that live in my memory.

And just imagine that much of the original palace lies buried under the nearby road and housing estates! This must have been an incredibly impressive and imposing residence in its heyday, a place of power and prestige on the edge of the Roman Empire. Wow! 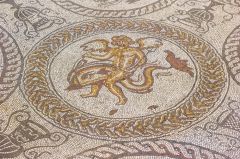 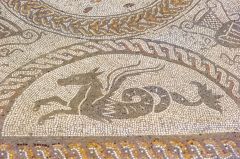 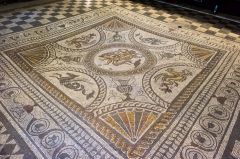 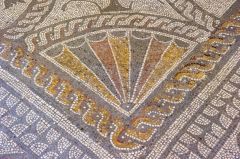 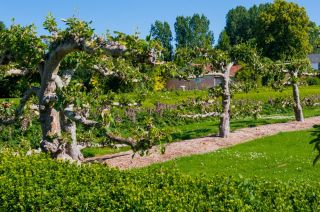 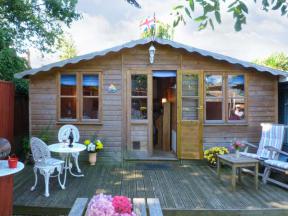 This single storey romantic base sleeps two people in one bedroom and is in Fishbourne on the Isle of Wight.
Sleeps 2