HERITAGE HIGHLIGHTS:   Roman chancel may be the oldest church in Britain. 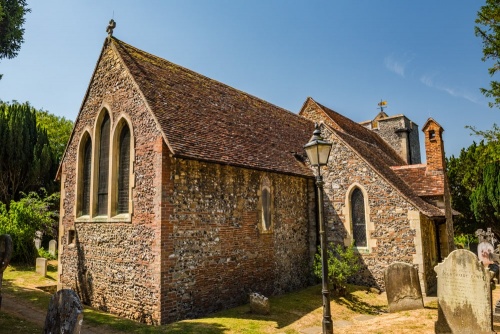 St Martin's can claim to be the oldest church in England; certainly, it is the oldest still in regular use. St Augustine set up a church here when he arrived in Kent in AD 597 to convert the inhabitants to Christianity.

St Martin's thus forms part of the Canterbury World Heritage Site, along with Canterbury Cathedral and St Augustine's Abbey. Unlike those other two historic attractions, St Martin's remains unknown to most visitors to Canterbury, and that's a real shame, for it is a lovely historic building.

It seems highly probable that St Martins predates the arrival of St Augustine in AD 597. At that time Kent was ruled by King AEthelbert, who had married a Frankish princess named Bertha. Bertha was already Christian, and when she came to Kent she brought her private chaplain. She worshipped in an existing Roman [Christian] church. From the description of that Roman church, it seems likely that it was the building that is now St Martins. 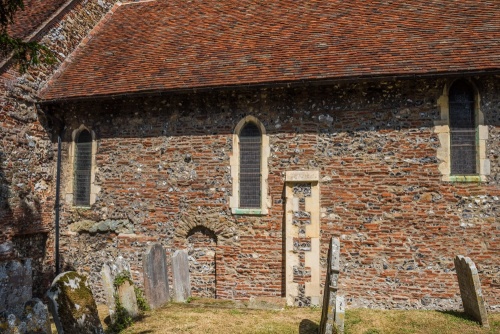 The oldest parts of St Martin's Church are certainly built of Roman brick, but whether these are part of an early Roman structure, or simply reused by Bertha, or Augustine and his successors, we do not know for sure.

Parts of the chancel are almost certainly Roman, but the style of some brickwork may be 7th century. A blocked doorway in the south wall of the chancel is 7th-century work, as is round-headed doorway nearby. Is the chancel Roman, or does it simply reuse old Roman bricks? 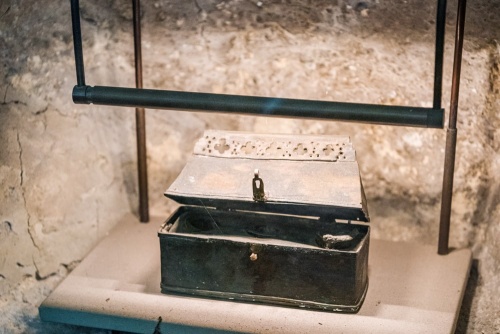 The nave is buttressed in a way that suggests early Saxon work, and there are blocked windows in the west wall of the nave that are certainly Saxon. A relative newcomer amid all this ancient building is the chancel arch, which is Perpendicular Gothic.

A medieval squint is set into the west wall, allowing a view of the high altar for lepers, who were not allowed inside the church.

Set into a niche in the north wall of the nave is a small box made of copper alloy. This a replica of a 14th-century chrismatory found in 1849 on top of the wall plate in the south-east corner of the church nave. The original chrismatory is now on display in the crypt of Canterbury Cathedral and is thought to be the oldest chrismatory in England. Chrismatories were containers for holy oils used during baptism, ordination, confirmation, and for anointing the sick.

The font is an absolute delight; it is a huge Norman tub, decorated with wonderfully intricate carvings of interlocking circles and arcading. It is built of Caen stone, highly prized by medieval builders. 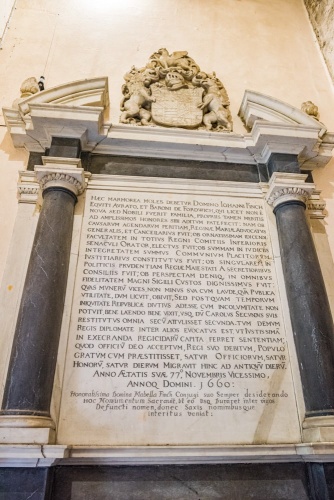 There are several excellent brasses, and in the west tower is a huge memorial tablet to Sir John Finch (d. 1660). Finch is famous as the Speaker of the House of Commons who had to be held down in his chair to enable Parliament to pass the Petition of Right in 1628, limiting royal power.

He was also a judge in the infamous Star Chamber, amd was known for his harsh sentences. He fled to Holland during the the Civil War but returned to form part of the court that pronounced the death sentence for those who had executed King Charles I.

Outside the churchyard are several Commonwealth War Graves from both the first and second World Wars.

St Martin's is regularly open to visitors, and it is well worth a stroll from the historic core of Canterbury to see this historic old church. 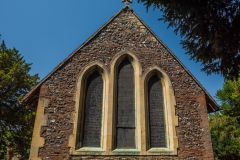 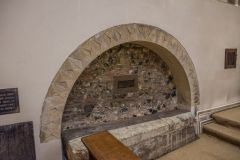 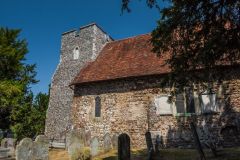 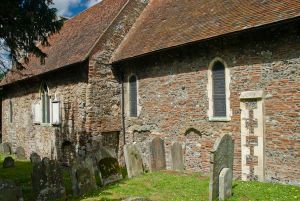