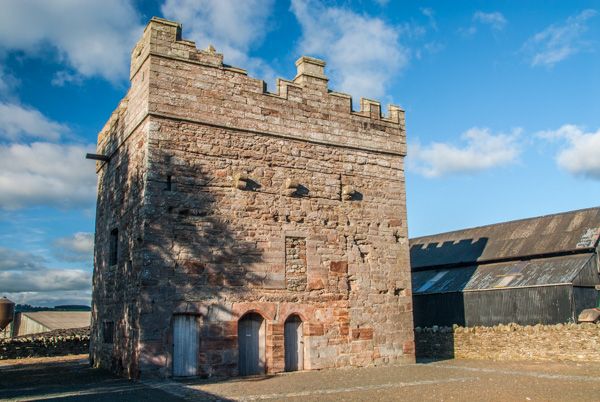 Clifton Hall is a 15th-century pele tower, or fortified house, located in a small village south of Penrith. The pele is the only remaining part of a much larger manor owned by the Wybergh family.

Excavations have revealed that there was a hall and cross-wing here as early as the late 14th century, possibly built by Eleanor Engaine or her son William Wybergh.

It remained in the Wybergh family until the late Victorian period, though not without difficulty; Thomas Wybergh supported the Royalist cause in the Civil War, and in 1652 Parliament ordered his estates to be sold. The Wyberghs somehow managed to keep Clifton Hall despite legal wrangling over the ownership of the estate. 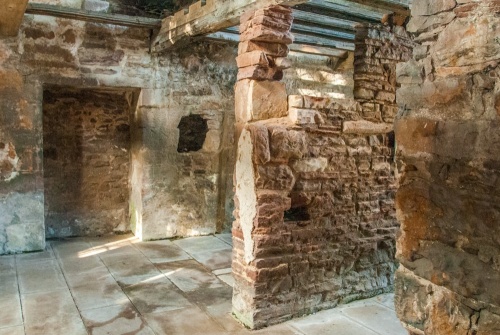 During the 1715 Jacobite Rebellion William Wybergh was captured by Scottish soldiers. The tower was ransacked by Jacobite soldiers on the eve of the Battle of Clifton Moor in 1745, the last battle fought on British soil.

The 14th-century pele was replaced by the current tower in the late 15th or early 16th century. Though it is usually called a pele, Clifton Hall does not have the massively thick walls and slit windows common to peles built during the turbulent period of border raids.

By the late medieval and Tudor periods fortified towers simply weren't necessary as they had been in more troubled earlier times. That suggests that the tower may have been built as a status symbol, to demonstrate the wealth and influence of the Wybergh family. 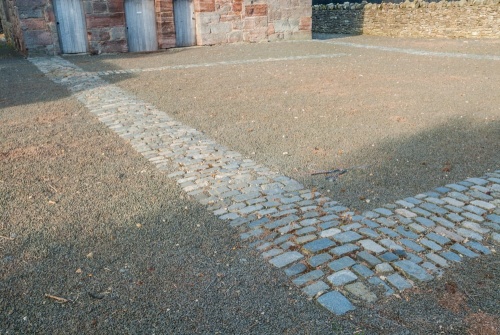 The house was extended several times in the 17th and 18th centuries, but the hall was destroyed in the early 19th century, leaving only the pele tower standing. The present Hall Farm replaced the earlier manor house.

Tree-ring analysis shows that there were several phases of building and restoration throughout the 16th-18th centuries. The earliest timber beam was dated to around 1539.

The tower stands three storeys high and measures roughly 33 feet (10m) x 26 feet (8m). The ground floor was intentionally left without an internal stair to the upper floors. This was a basic security measure in a region known for cross-border raids. The layout was later changed, with a door inserted at ground level and a newel stair rising internally to the first-floor chamber.

The ground floor was divided into two sections; a serving room and a kitchen. It retains an original fireplace in the north wall with a spice cupboard beside it. This was a common practice; spices were expensive, and they had to be kept secure. They were protected from the effects of cold and damp by storing them beside the fireplace. 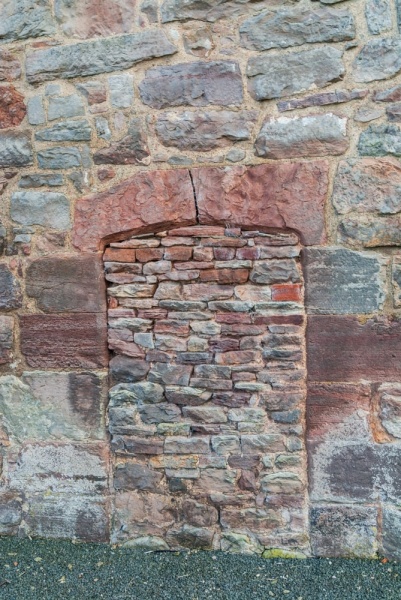 The first-floor chamber was the main living area, with a large window, a fireplace, and a garderobe. The first floor offered the only access to the upper floor. The first floor itself was probably accessed by an external stair. The upper floor was a private sleeping area and had a panelled and decorated ceiling.

The Hall is crenellated and there is a turret in the southwest corner. The interior floors have been largely removed, allowing visitors to see the 'bones' of the building, including a wonderful timber ceiling and rafter system.

Several fireplaces remain, and the overall layout of the rooms is easy to make out. Clifton Hall provides a fascinating glimpse into life in a medieval fortified house. 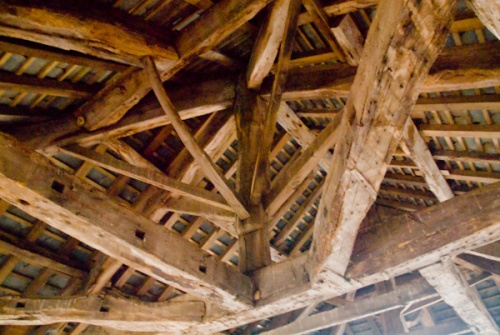 The tower is open at any reasonable time and is free to visit. It is located within Clifton Hall Farm, a 19th-century farmhouse which incorporates an inscribed Roman memorial slab into one wall.

The tower is roughly two miles (3.4km) south of Penrith on the A6, the old Kendal road. 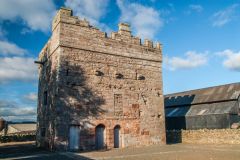 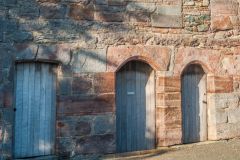 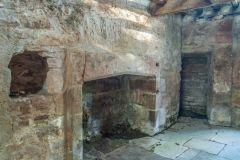 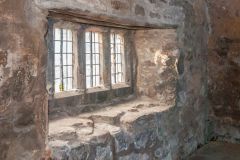 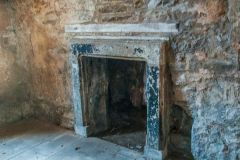 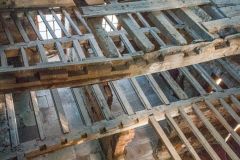 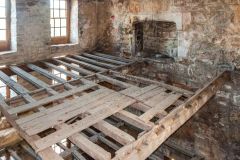 More self catering near Clifton Hall >>