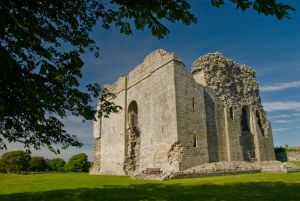 The ruins of a 12th-century keep within the foundations of a Roman fort. The castle was built for the same reason the Romans built their fort here; to guard the strategically important Stainmore Pass that runs east-west across the Pennines between present-day County Durham and Cumbria.

Bowes Castle was designed by Richard the Engineer for Henry II between 1171 and 1187. The remains consist of a keep standing several stories high, with the foundations of a forebuilding.

Bowes originally belonged to the Honour of Richmond, but by 1171 it had passed into royal control, and it remained in royal hands until 1233 when it passed to Peter, Duke of Brittany.

The castle was reported as being in ruins as early as 1325, and by the 17th century, it had been largely dismantled.

The keep is built to a square plan and incorporates masonry from the earlier Roman fort. The moat is obvious to the south and west of the keep. Visitors can enter the interior of the keep and ascend a spiral stair in one corner to a height of two stories, for a good view of the castle interior. The foundation walls of interior buildings are clearly visible within the keep.

More self catering near Bowes Castle >> 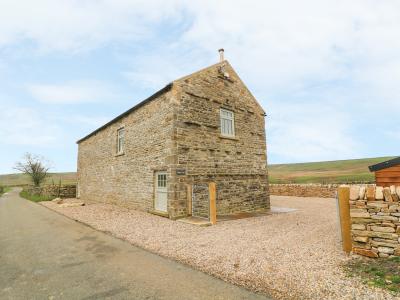 This beautifully convertes barn nestles in Durham countryside, a few miles from the village of Bowes and can sleep six people in three bedrooms.
Sleeps 6