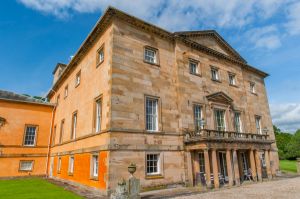 Rokeby Park is a Palladian country house built by Sir Thomas Robinson in 1735. Robinson was one of the leading amateur architects of his day, and at Rokeby he had a canvas suitable for his talents. He was encouraged in his efforts by Lord Burlington, who did much to promote the Palladian neoclassical style in England.

Robinson designed a house reminiscent of a classical Roman villa, with stuccoed walls tinted with ochre. Among the most unaltered of Rokeby's interior rooms is the Music Room, which features an early example the egg and dart decorative motif that was to become so popular in neo-classical design. There is fine plasterwork throughout, and a series of needlework 'paintings' by Anne Morritt (1726-1797).

The house is set in beautifully landscaped parkland, also laid out by Sir Thomas Robinson, and planted between 1730-37. Among the many features of the park are an ice house, lodge, and stables.

The Robinson family purchased Rokeby in the early 17th century. Among the most illustrious members of the family to inhabit Rokeby was 'Long Tom' Robinson, Governor of Barbados and architect of the west wing at Castle Howard.

In 1769 Rokeby was sold to JS Morritt, who constructed the stable block, designed by John Carr of York. A subsequent Morritt was close friends with novelist Sir Walter Scott, who used it as the inspiration for his ballad 'Rokeby'. 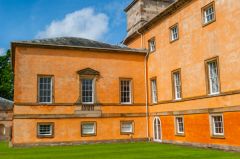 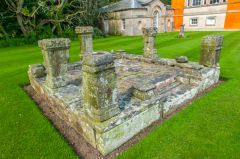 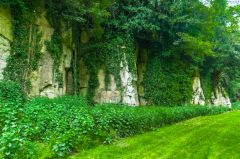 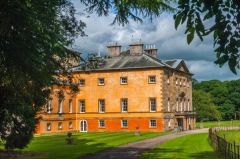 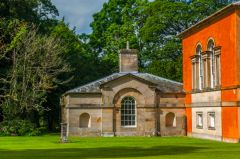 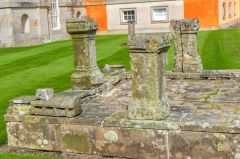 More self catering near Rokeby Park >> 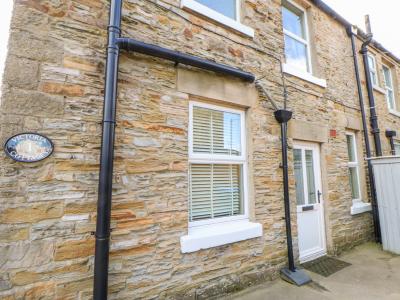 This mid-terrace property is near Barnard Castle and sleeps up to six people, in three bedrooms.
Sleeps 5 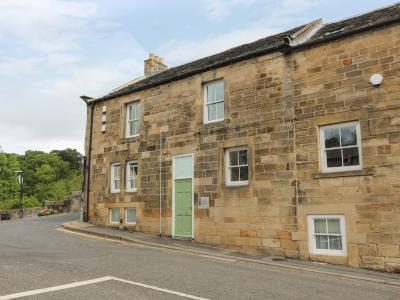 This first floor apartment is located near the village of Romaldkirk, close to Barnard Castle, and can sleep four people in two bedrooms.
Sleeps 4