HERITAGE HIGHLIGHTS:   The garden originated in the 16th century 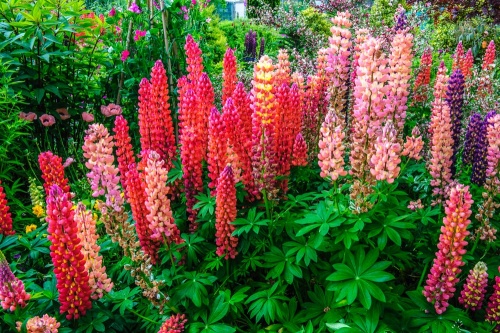 Eggleston Hall was built in 1817 by William Hutchinson to a design by the popular northern architect Ignatius Bonomi. The two-storey mansion stands on the site of a much older manor house. In 1919 the Hutchinson family sold Eggleston Hall to the shipping magnate Sir William Cresswell Gray. 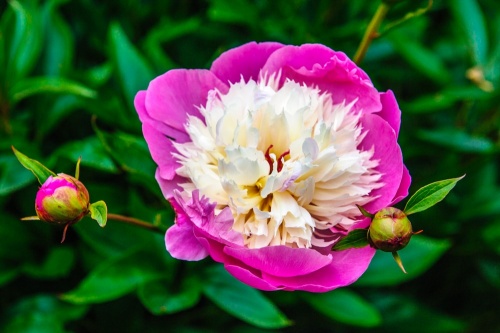 Summer colour in the walled garden

The house later served as a girl's finishing school but is now a private dwelling once more. It was the setting for the ITV television series Ladette to Lady.

The house is rarely open to the public though it can be rented for corporate events. 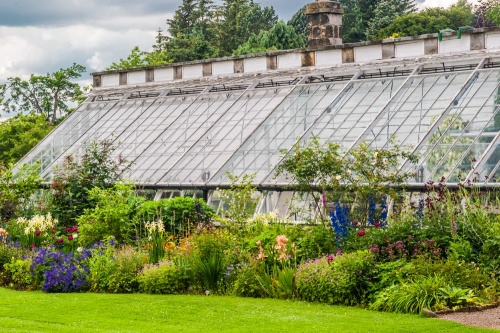 There have been gardens at Eggleston Hall since the Tudor period, though nothing now remains of the 16th-century design. The garden was revitalised in the Victorian period with a new layout in Italianate style and a range of glasshouses.

The chapel remained as a garden feature through the centuries. The building is [at least] late medieval, and the oldest gravestone dates to 1607. The chapel was declared redundant in 1868. 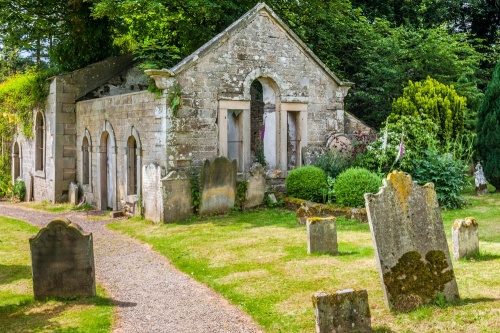 The roof was removed and over the next 120 years the building was allowed to decay into a romantic ruin. The ruins have been planted with rare and unusual species of plants from around the world, plants that thrive in the protected shelter od the ruined walls.

Most of the garden we see today dates to the late Victorian period. Packed into the four-acre site are woodlands with a quiet stream flowing through it. One area has been set aside for potted shrubs that provide plants for a popular flower-arranging school. In the walled garden is a scale model of the iconic Angel of the North sculpture. 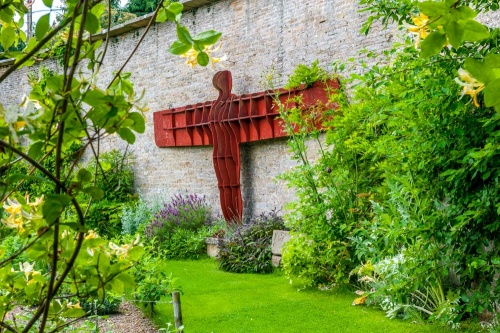 The Angel of the North sculpture

Visitors can follow numbered stones as they mark a suggested route through the garden.

We visited the garden on a sunny day in June and were amazed by the lush colours. The ruined chapel is extremely atmospheric, but our favourite area was the walled garden with its wishing well water feature and restored Victorian glasshouses.

Eggleston Hall Garden is part of the Historic Houses (HHA) organisation, but HH members do NOT get free entry.

The gardens are just off the B6282 in Eggleston village, between Barnard Castle and Middleton-in-Teesdale. There is a large free car park for visitors. 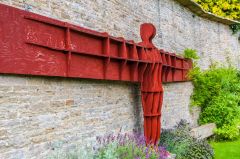 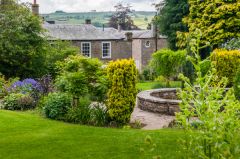 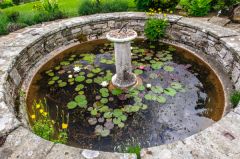 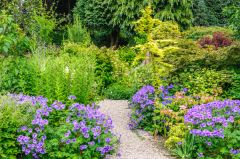 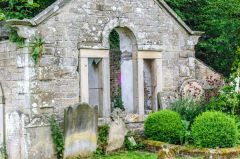