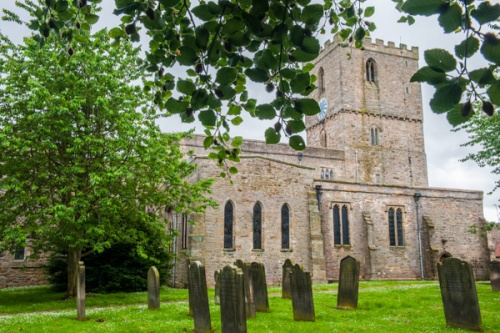 St Mary's Church in Staindrop, County Durham, dates to around AD 771 and retains Saxon windows and stonework. Historical highlights include a 14th-century screen, late-medieval choir stalls, and tombs of the powerful Neville family of nearby Raby Castle.

Staindrop is a quiet rural village today but in the Saxon period, it was an important administrative centre for King Canute. Canute had the earlier 8th-century church enlarged and granted it to the monks of Durham Cathedral. The Nevilles of Raby Castle extended the church and added a clerestory.

In the late 13th century a two-storey vestry was added, with the upper chamber serving as a hermit's residence. The earliest recorded hermit in Staindrop was John de Cameva in 1336. 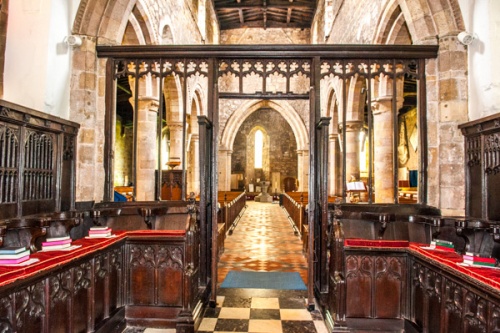 In 1408 Ralph, 1st Earl of Westmoreland, was granted a license to establish a college of priests at Staindrop. The college is thought to have been located where the mausoleum now stands in the churchyard. Ralph also installed the choir stalls with their beautifully carved backs and misericords.

You can see Saxon stonework in the chancel and the remnants of Saxon windows over the nave arcade. A Saxon sundial is incorporated in the wall north of the chancel arch. The nave arches are in rounded Romanesque style.

Separating the nave and chancel is the beautifully-preserved 14th-century screen, considered one of the finest in County Durham. The screen gives access to the chancel where you will see the 15th-century choir stalls with their richly carved fronts and backs. Look up and you will see a painted Victorian ceiling decorated with gilded bosses. 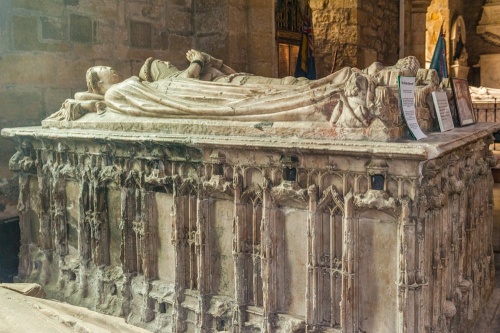 The triple sedilia in the south wall dates to the 13th century. Opposite in the north wall is a small rectangular window that provided the resident hermit with a view of the high altar.

In the south chancel window is a roundel of 15th-century stained glass depicting the arms of the 4th Earl of Westmoreland, and those of his wife, the daughter of the Duke of Buckingham.

Most of the remaining window glass is Victorian, including three windows by the prominent artist CE Kempe. 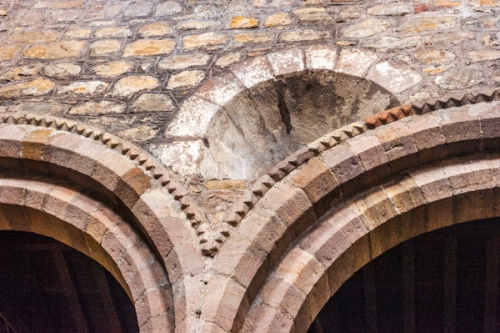 The Lady Chapel occupies the east end of the south aisle. Here you will find two medieval effigies. The first, under a triangular niche, is Euphemia de Clavering (d 1320), the first wife of Ranulph, Lord Neville and mother of Ralph de Neville, who built the aisle in 1343.

Beside the tomb niche is a 13th-century effigy commemorating Isabel Neville, whose marriage to Robert Fitz-Maldred brought the Neville family to Raby. Beside Lady Isabel's effigy is a smaller effigy of a child with the Neville Saltire symbol on both sides of his pillow. It is not known who the child was, other than that he was a member of the Neville family of Raby.

At the west end of the south aisle are more Neville tombs protected by iron railings The most impressive tomb is a large alabaster altar chest and effigy of Ralph Neville (d 1425) and his two wives Margaret of Stafford (daughter of the Earl of Stafford) and Joan Beaufort. 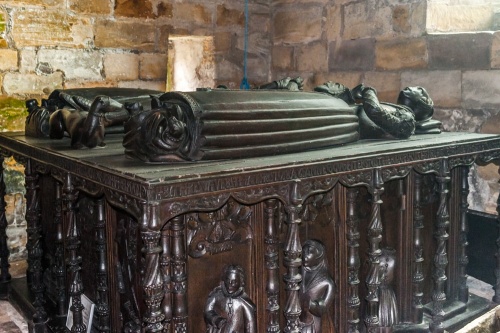 Wooden tomb of Henry Neville (d 1564) and his wives

Joan Beaufort was the daughter of John of Gaunt, Duke of Lancaster. John of Gaunt is thought to have given the tomb after Joan's death. It was carved from alabaster quarried at Tutbury, Staffordshire, owned by the Duke.

Ralph and Joan's daughter Cecily was known as the Rose of Raby. She married Richard, Duke of York and was the mother of both Edward IV and Richard II.

In the south-west corner is a large wooden tomb with effigies of Henry Neville (d 1564) and his two wives Anne and Jane. Anne was the daughter of the Earl of Rutland and Jane was the daughter of Sir Richard Cholmondeley. The wood has darkened with age to the point where it is now deep black and resembles stone. 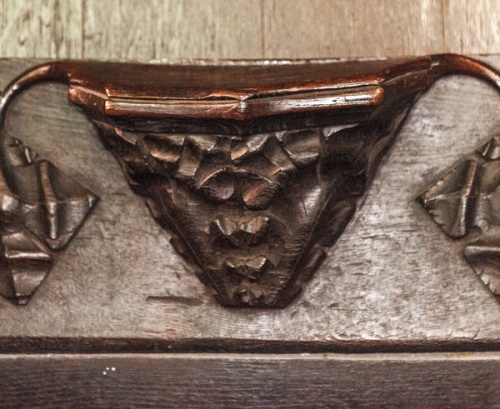 Henry Neville's son Charles was a leader of the Rising of the North. After the failure of the revolt, the Neville estates were seized by the Crown.

On the floor next to Henry Neville's tomb is the effigy of Margery (d 1343), the second wife of Ralph, Lord Neville.

In the north aisle are Vane family memorials including that of William Harry Vane, 1st Duke of Cleveland (d 1842). The monument was crafted by Richard Westmacott, the President of the Royal Academy and probably the most famous sculptor of his day. Vane family funeral hatchments hang on the north aisle wall.

At the west end of the nave is the font, plainly carved of marble in the 15th century. Set into one face of the font bowl are the arms of Lord Bergavenny (the sixth son of the 1st Earl of Westmoreland) and his wife Elizabeth Beauchamp.

St Mary's church is on the A688 (Front street) in the centre of the village, where the road turns north to cross Langley Beck. We didn't see a dedicated car park but it was easy to find a place to park along the road. 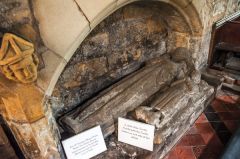 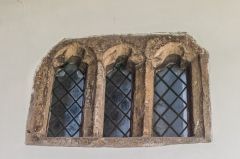 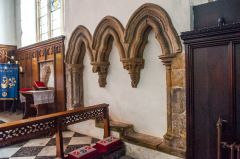 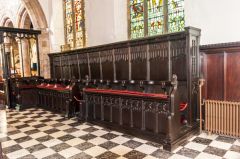 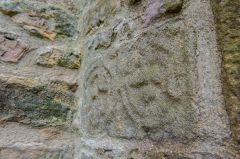 More self catering near Staindrop

More bed and breakfasts near Staindrop

Self Catering near Staindrop