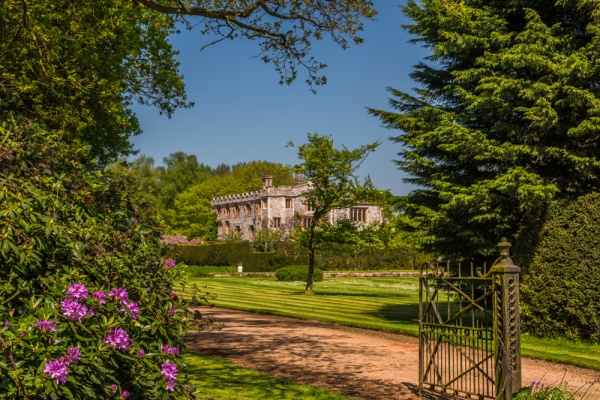 A lovely garden surrounds the moated medieval manor house of Mannington Hall. The gardens at Mannington are wonderfully varied, with a special emphasis on classical and modern roses. A special exhibit traces the history of rose development over the centuries. The gardens are part of the Mannington Estate, owned by Lord and Lady Walpole, who also own Wolterton Park, near Erpingham. 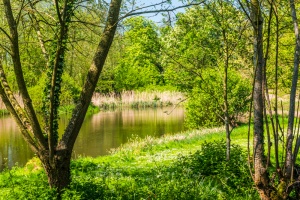 Peering through trees at the moat

The manor of Mannington was recorded in the Domesday Book of 1086 when it was held by the powerful baron William de Warenne, who held it from the king. We know that there was a manor house on the site at least as early as 1291.

The current house was begun by William Lumner in the mid 15th century and was completed by 1460. The Lumners owned Mannington until 1585 when they sold it to the Potts family. The first owner was John Potts, who is buried in St Mary's church (now a ruin).

Potts' son, also named John, was knighted by Charles I. Despite this he was a firm supporter of Parliament in the Civil War, and Oliver Cromwell visited him at Mannington several times.

The Potts family fortune was lost in the South Sea Bubble scandal in the 1720s. They carried on at Mannington until 1736, but when the last Potts died in 1736 Mannington was purchased by Horatio Walpole of nearby Wolterton Hall. The Walpole's have owned Mannington ever since.

Horatio Walpole was the brother of Prime Minister Robert Walpole and may have intended to use Mannington Hall as a Dower House for his family seat at Wolterton. Over the following centuries, both Wolterton and Mannington Hall have been used as the Walpole family seat, but at the present time, it is Mannington that acts as the family home.

Beside the manor house is a knot garden planted with scent in mind, while the new Sensory Garden offers species planted with taste, touch, and sound in mind. There is a woodland walk to enjoy, a 20th-century garden, and a special area designed for less mobile visitors. Within the garden is a ruined medieval church, where wildflowers are encouraged to grow around the ruined walls of Mannington Church.

There is a large network of footpaths around the manor house, with trails through ancient woodlands, wildflower meadows, grasslands, and green lanes. One path passes beside a cluster of historic farm buildings dating to the 17th century. 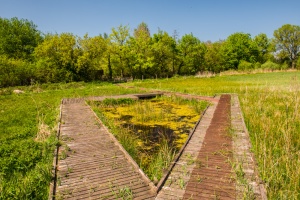 One special feature of the walks is a boardwalk across a wet wildflower meadow where 75 species of plant can be found with butterflies adding extra colour. The boardwalk leads to an observation hide overlooking a Wildlife Pond where otters and the elusive kingfisher can be seen.

The gardens are normally open from spring through to autumn, while Mannington Hall manor house itself is not normally open to visitors except by pre-booked arrangement. See the website for full details.

There is parking beside a visitor centre and toilets. It is free to walk around the estate but there is a small charge for parking. Depending on the day and time of year there may be an honesty box for walks, with maps available.

The last time we visited, the gardens near the house were closed so we opted to take the circular walk across the boardwalk, with a stop at the wildlife hide. The walk took in a lovely green lane, wound past some historic farm buildings, and returned along a field where sheep grazed. We could catch tantalising glimpses of Mannington Hall and its picturesque moat through a belt of trees surrounding the Hall.

The sense of history was palpable; you could really get a sense of Mannington's heritage and the wonderful peace and quiet of this corner of rural Norfolk. 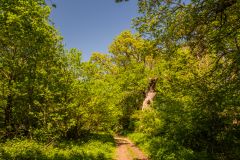 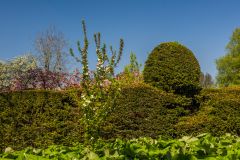 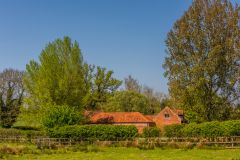 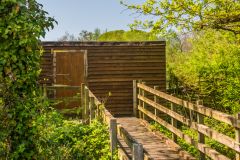 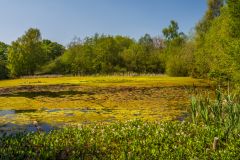