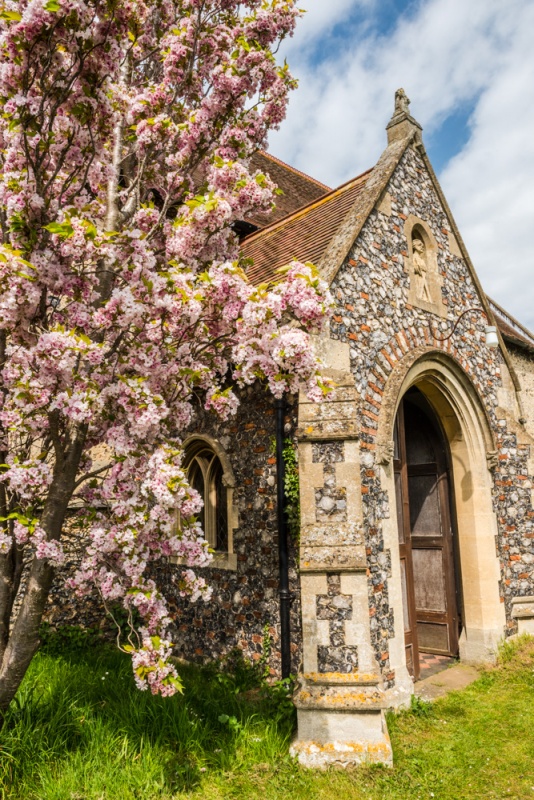 St Andrew's church stands in a secluded rural location, with only a few farm buildings for neighbours. From the churchyard, a path leads to a lonely marsh, covered by water before the marshes were drained. The village once supported a population of 500 people and had direct access to the River Yare. The dedication of the church to St Andrew seems appropriate; he is the patron saint of fishermen, and Wickhampton must have once been a fishing community.

The church was built in the 13th century, but it seems very likely that an earlier church stood on the same spot for at least several hundred years before that. The earliest part of the church is the 13th-century tower. The nave was rebuilt around 1340, and the chancel and south porch were added in the 15th century.

By far the most interesting historic feature of Wickhampton church is a series of 14th-century wall paintings. The paintings were hidden by plaster at the Reformation and only came to light again during restoration in 1840.

In its traditional place opposite the entrance is a painting of St Christopher carrying the Christ Child. You can still see swarms of fish around St Christopher's feet, perhaps another sign of Wickhampton's once-thriving fishing industry.

The largest, and most historically important painting is a depiction of The Three Living and The Three Dead. The theme was a common one in medieval art; the frailty of human life and the certainty of mortality. Three kings are shown hunting, and they meet three skeletons in a wood. They give the kings a warning, 'As you are now, so once were we. as we are now, so shall you be.'

The scale of the wall paintings is staggering, and the detail is remarkable. For example, in the background you see hunting dogs chasing hares. 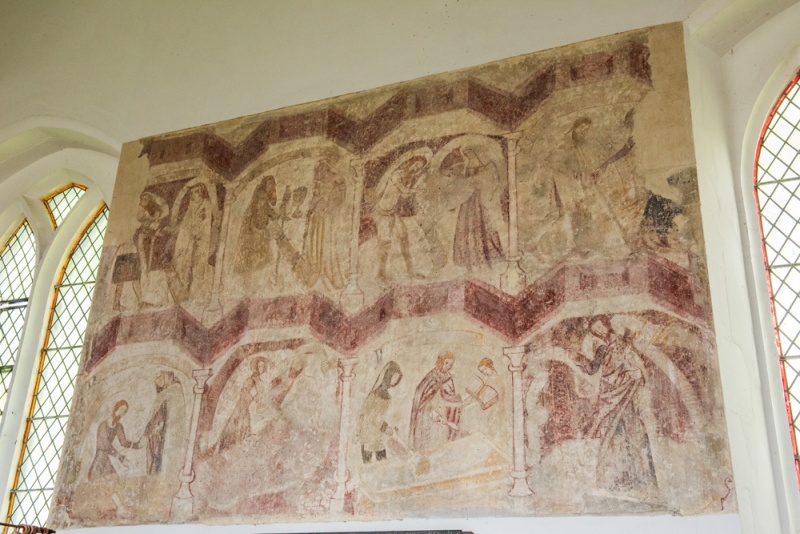 The final wall painting shows the Seven Acts of Mercy and The Resurrection, illustrating Matthew 35, verses 31-40. Distinct panels illustrate people Feeding the Hungry, Giving Drink to the Thirsty, Clothing the Naked, Visiting the Prisoner, Receiving the Stranger, Visiting the Sick, and Burying the Dead.

In a largely illiterate society, these images acted as a colourful reminder to churchgoers of the sort of behaviour that was expected of medieval Christians. The message is driven home in the final scene, showing Christ raising his hand in a gesture of blessing.

There are, of course, other features of historic interest in the church beyond the wall paintings. The pulpit is late Elizabethan, while the benches in the nave are Victorian, in the style of the Jacobean period. A single original Jacobean bench end survives in the chancel.

In the nave hangs a royal coat of arms to George I, dated 1737. The organ came from Freethorpe Manor and is housed in an 1810 mahogany cabinet made by George Pike. Near the south door is an ancient parish chest. 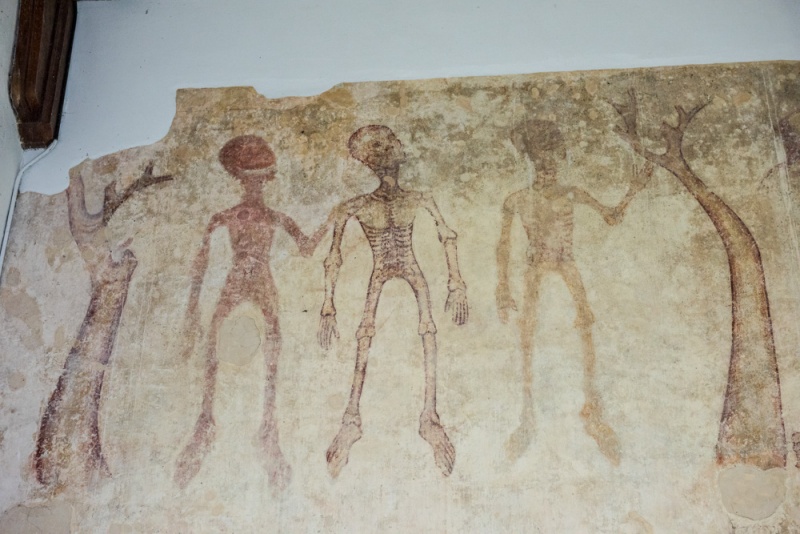 The Three Living and The Three Dead wall painting

Another, rather intriguing interpretation is that the heart tells the story of two brothers who tore each other's hearts out. The story goes that a pair of brothers owned neighbouring parishes. They argued so vehemently over the parish boundaries that they came to blows and in a rage, they tore each other's hearts out. God was so angry at their cruel actions that he turned both to stone, and placed them in the church with their hearts in their hands as a warning to others.

Visiting Wickhampton church is an unforgettable experience. The church seems stranded, lost in time, with no obvious village left to serve. The superb wall paintings speak of a long and rich past, now lost, when this rural backwater was a busy place, full of life. 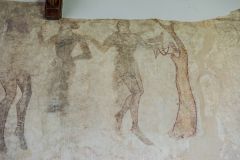 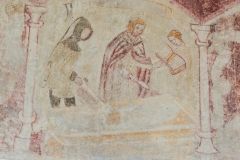 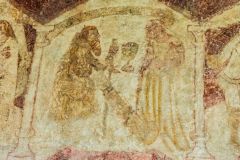 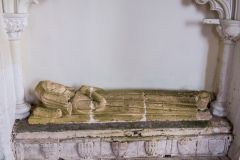 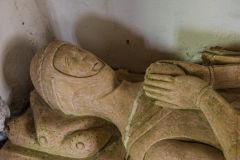 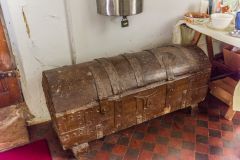 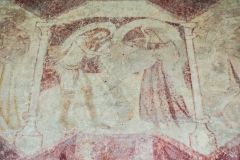