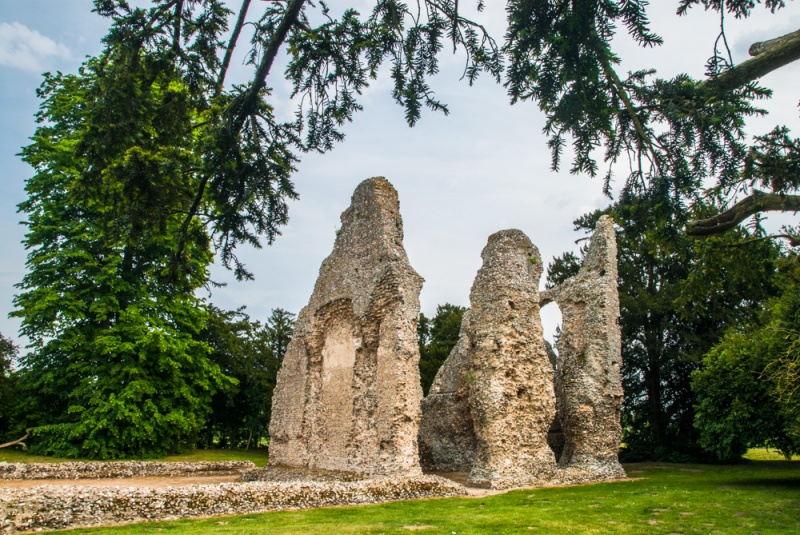 Weeting Castle is not a castle in the traditional sense, but a 12th-century moated manor house built by the de Plais family. The site was first occupied by a Saxon settlement in the late 10th or early 11th century, but around 1180 the de Plais family constructed a fortified manor house, and about 70 years later they added a rectangular moat to enclose the site.

The manor house was built by Hugh de Plais, a tenant of William de Warenne, the powerful Earl of Surrey. The design of the outer bailey is similar to Warenne's fortress of Castle Acre, so it seems reasonable to assume that Hugh de Plaiz copied the layout of his lord's great castle or his own more restrained manor house.

The de Plais family-owned Weeting Castle until the 14th century, and despite its name, they never attempted to fortify it and turn it into a fortified residence. It is clear that the de Plais family did not intend to create a defensive fortress, but instead, they wanted a statement to demonstrate their wealth and status.

In the 14th century, the castle passed by marriage to the Howards, Earls of Norfolk. The Howards had other great houses, and let Weeting Castle decay. It was finally abandoned around 1390.

The remains of the manor include a rectangular south tower and the three-storey high shell that formed the south end of the chamber block, a private residence for the de Plais family. The chamber block included a latrine block, with three cubicles draining into a ground floor chamber. In the outer wall of this chamber was a small door, allowing the contents to be cleaned out periodically. The door stands just above the moat. which makes you wonder if the latrine contents were simply emptied into the moat. 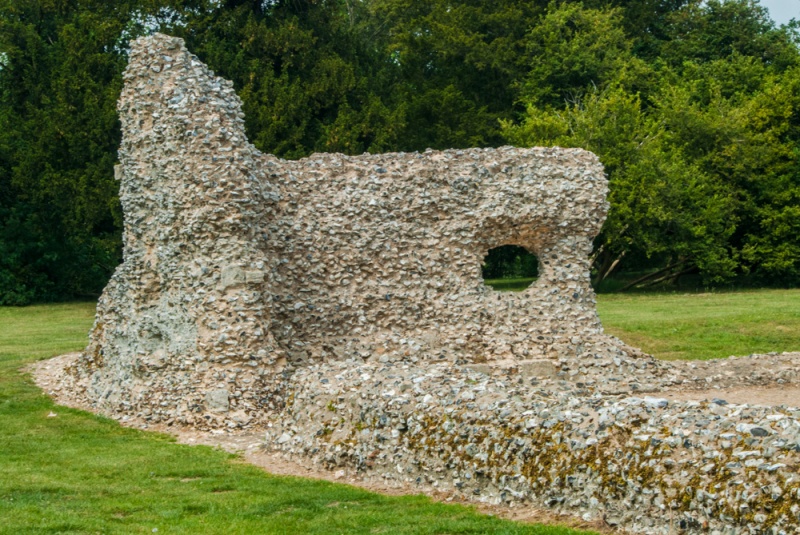 A ruined wall of the chamber block

The other partial remains are those of the hall, where the family entertained guests. Excavations revealed a free-standing kitchen, shielded from view of visitors by a boundary wall. Separating the kitchen from the living area probably served two purposes; the sound and smell of food preparation would not disturb the family and their guests, and the risk of fire spreading could be minimised. Of course, the downside was that food might well be cold by the time it arrived at the lord's table.

The castle enclosure measures approximately 105 metres by 79 metres. The castle itself, which stands in the southern part of the moated island, measures 30 metres long and 14 metres wide. The walls are very ruinous, and most of the stone has been robbed for other building projects, leaving only crumbling flint rubble walls.

A motte-shaped mound on the site is thought to be a much later addition and is probably an ice house built for nearby Weeting Hall. Ice from the frozen moat was stored in the ice house and used to preserve food. The medieval castle ruins were incorporated into the landscaped gardens of the Hall as a picturesque folly, or eye-catcher.

The Hall was pulled down in the 1950s, and the site where it once stood is now a modern housing estate. The juxtaposition of the modern houses and the early medieval fortified manor house is somewhat bizarre.

The ruins of the manor house seem stranded in a field, but as you approach the site down a sloping path you realise that you are crossing the remains of a large moat, now completely filled in. When freshly built Weeting Castle must have been an impressive sight indeed.

The site is not well signposted from surrounding roads, but if you head for the parish church of St Mary you will easily find the castle ruins. The proximity of the church is no accident; ecclesiastical and secular power were closely intertwined in the medieval period. 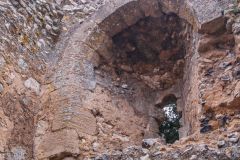 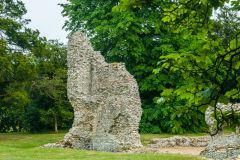 More self catering near Weeting Castle >>