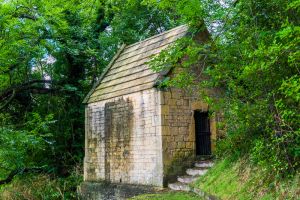 Bolsover Cundy House is an early 17th-century conduit house built by Sir Charles Cavendish to supply water to nearby Bolsover Castle. It was built sometime prior to 1617 and is still linked to the castle well house via a lead pipe.

The 'Cundy House' is a single-storey building, gabled in stone, and very plain in design; it was obviously intended to be purely functional, and Sir Charles wasted no money on embellishment. It stands on a hill to the north-east of the castle.

The name is a corruption of the French word for conduit, or a system of water pipes. It was built on the spring line and fitted with a lead tank. The lead container was removed in 1895, but you can still easily see the brick cistern inside the barred opening. From the Cundy House, a pipe leads to the Castle.

There were a further four cundy houses erected on the far side of the castle, but these no longer stand. Like this one, they were built of stone, with a strong, vaulted roof. They had to be secure and keep out animals, so the water would stay pure. The vaulted roof has been restored to its original 17th-century design, with solid slabs of stone supported on an arched vault. All the stone is limestone brought from the Bolsover Mine quarry.

The nearby Cundy Road must surely take its name from the presence of this small conduit house. 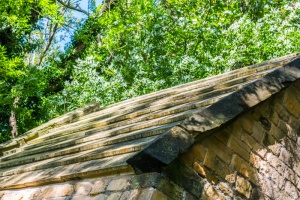 English Heritage, in their official description of how to find the property, says it is located between the junctions of Craggs Road and Houfton Road with Bolsover Hill. This is rather misleading; it is actually located in a wooded copse off a footpath that leads from the end of Craggs Road.

Just to confuse things further there is an information panel by the roadside on Houfton Road. The panel is full of useful information on the history of the building, but it faces an empty lawn, with no Cundy House in sight and no signs to let you know that the building is hidden amid the trees above the lawn.

You can easily walk to the Cundy House from the castle, but it isn't signposted; at least, if there were any brown signs, we didn't see them, and we were looking carefully! If you come by car, do what we did and park on Bolsover Hill. Just walk up Craggs Road until the paved area ends and take the footpath up the hill. The Cundy House will come into view after 50 yards amid the trees.

You wouldn't call the Cundy House a compelling historic building; it is of very plain construction, and though you can peer inside the building through a securely barred doorway, you cannot go inside. It won't take long to view, but it is an interesting insight into 18th-century engineering. For a similar and more picturesquely situated 'cundy' house, see our post on the North Hinksey Conduit House in Oxfordshire. 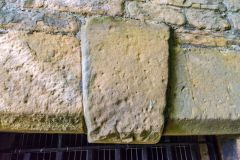 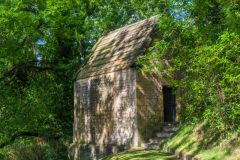 This detached cottage is in the village of Nether Langwith near to Bolsover and can sleep two people in one bedroom.
Sleeps 2 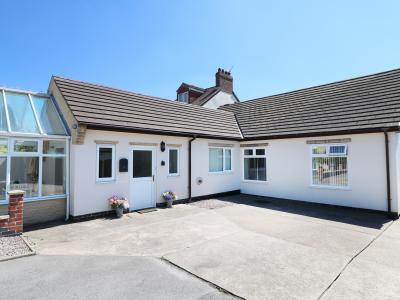 This detached bungalow sits in the town of Bolsover in Derbyshire and can sleep six people in three bedrooms.
Sleeps 5