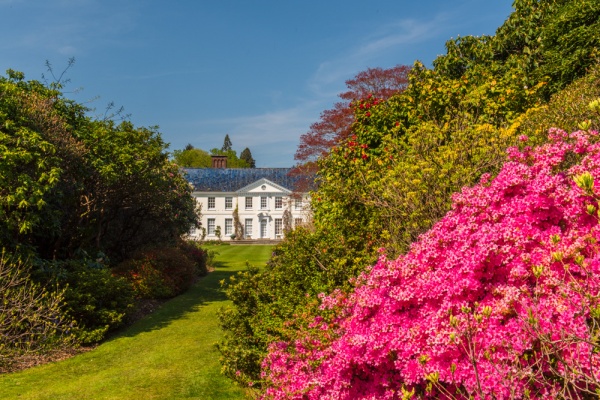 Stody Lodge Gardens in May

At Stody Lodge a wonderful 20th-century garden surrounds an attractive manor house. The gardens include formal azalea and rhododendron collections, and a wide variety of mature trees. A quiet woodland walk leads to a Japanese Water Garden where you will find one of the largest plantings of azalea mollis in the country, with over 200 individual plants. 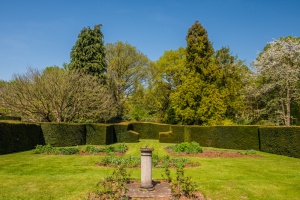 The garden was laid out in the 1930s, with wide lawns and profuse masses of azaleas, which are at their best in Spring. The azalea and rhododendrons are planted using three varieties of Lawson Cyprus as a backdrop, plus blue cedars, flowering cherry trees, and acers. There are borders of camellias to add further colour.

The name Stody comes from the Old English for a horse enclosure. The village was mentioned in the Domesday Book when the manor was held by the king.

Stody was part of the neighbouring Blickling Estate in the 19th century when both were owned by the Earl of Lothian. From 1895-1926 the estate was occupied by Lady Lothian and her husband, Mr Ernest Horsfall, who laid out the extensive gardens. Mr Horsfell realised that the light sandy acid soil was ideal for azaleas and rhododendrons.

His major contribution was the Azalea Water Garden, which exists almost exactly as he laid it out, though more azaleas have been planted over the years. He chose an expanse of boggy ground near the original Stody Lodge for his new garden. There are now over 2,000 azaleas covering roughly two acres, thought to be the largest single planting of azalea mollis in the UK.

In 1932 Stody was purchased by Lord Rothermere, owner of the Daily Mail newspaper. Shortly after he purchased the estate the existing Lodge was severely damaged in a fire. Lord Rothermere decided to rebuild the Lodge on a different site.

During WWII, Stody Lodge was used by the military as a convalescent home for the Royal Army Medieval Corps. One of the patients to recover at Stody was Claude Hopper, who stayed on after the war to work on the house and garden for the next 60 years.

The formal gardens have been softened over the years with colourful herbaceous borders, laid out by Adel MacNicol. Other changes include ornamental trees like camelia and magnolia. Throughout these changes, great care was taken to keep the basic layout and style of the gardens as they were in 1932. 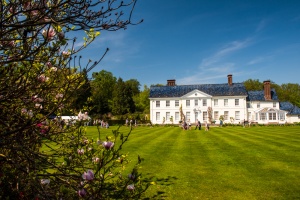 The garden is open on specified days, usually in May, but check the website for current details to be sure. We came on a stunning sunny day in May, and found that half of Norfolk had the same idea. Well, not really, but there were a lot of families enjoying the gardens, taking a cold drink on the lawns in front of the house, and walking through the woods to the water gardens.

Stody really is a garden in two parts. Near the house are more formal garden areas, with an old rose garden defined by curving hedges, a formal pergola, and the Long Walk, leading from the main lawn to the neoclassical Coalbrook Urn in front of the historic ha-ha.

There is a sunken garden area and a small woodland garden area. A 10-minute walk, carefully crossing the Briston-Hunworth road, leads you to the second part of the garden; the Azalea Water Gardens. This is a wonderful area of sinuous trails running beside small ponds, with wooden footbridges strategically placed. The colours along the paths and reflected in the pools are simply stunning.

We loved visiting Stody, and can highly recommend it as an excellent day out. 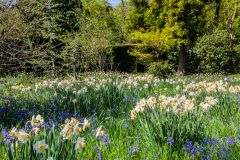 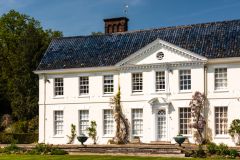 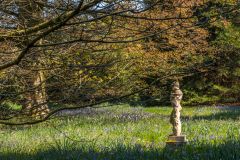 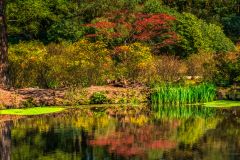