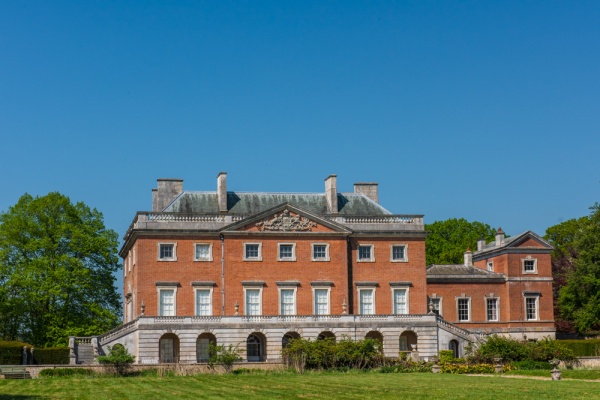 Wolteron Hall from the park walk 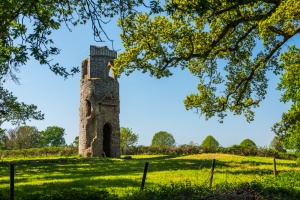 When the 3rd Earl died in 1858 the family seat moved to Mannington, and Wolterton was left to decay for the next 45 years. The Earl moved back to Wolterton in 1905, and the property was rescued from decline.

The interior of Wolterton includes the Marble Hall, which features a lovely set of 4 walnut doors thought to have been the gift of Queen Caroline. Another room of note is Horace Walpole's study, designed by Giacomo Amiconi (1682–1752), an Italian artist known mostly for his portraits and work at Covent Garden Theatre in London. Throughout the house are displayed fine pieces of Victorian furniture and a collection of family portraits.

Thomas Ripley was also responsible for laying out the garden surrounding the house. Within the park are the remains of the lost village of Wolterton. The most obvious relic of the village is a striking round tower, all that is left of the parish church. It now stands like a garden folly in the landscaped parkland.

UPDATE
Wolterton Park was sold in 2016 and as far as we can determine is not presently open to visitors. We will update this page as soon as more details emerge, but in the meantime, it is best to avoid making plans to visit. However, Mannington Gardens, directly beside the Wolterton estate, are very much open and well worth visiting.

UPDATE TWO
On our last visit to Norfolk, we found ourselves passing near Wolterton, so we popped in to see what current opening arrangements are. The signs on the gate were confusing; one gave opening times, which suggested we'd arrived at the right time, while another said 'Private'.

We drove down the lane to a small parking area and unmanned kiosk, in time to see another couple unpacking a picnic basket. They weren't sure of opening details either, and there was no one about to ask. There was a map of a circular estate walk on the kiosk, and an arrow pointing out the path inside the park gates, so we decided to press on.

The path led through woodland, with glimpses of the striking church tower in the landscaped grounds through the trees. The path then turned down a sunken lane, with bluebells peering out from under trees, and no sound but for the song of birds.

The path then turned to run parallel to a stone wall enclosing the private house grounds, before emerging into a glorious landscape park, with the house on one side and an expansive vista taking in a large lake on the other. The park was dotted with carefully arranged clumps of trees, in the style of a Capability Brown landscape.

The trail led directly in front of the Hall, passing by the ha-ha, before running along a stone wall, past the rather sad remains of a walled garden, before turning to follow the side of the Hall and up the drive to the place we had begun.

Throughout the walk, which took us about 45 minutes, we did not see a single person. Either the grounds were truly closed to visitors, or we simply came at a time when no one was there. Either way, it was a very pleasant walk, with wonderful views over the landscaped park; a beautiful historic landscape that says a lot about how the 18th-century gentry saw the world and their place in it. 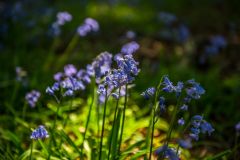 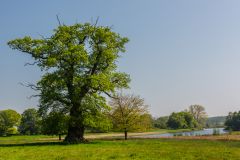 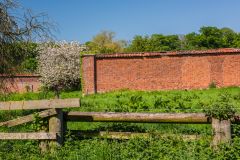 More self catering near Wolterton Park >> 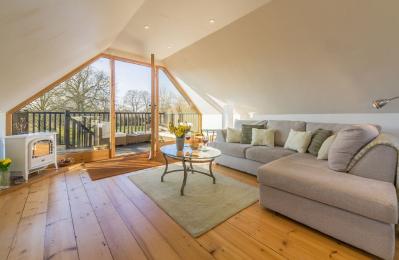 This romantic retreat for two offers stunning views of unspoilt countryside with frequent sightings of the resident barn owl and deer. Situated in the village of Erpingham near the Weaver's …
Sleeps 2