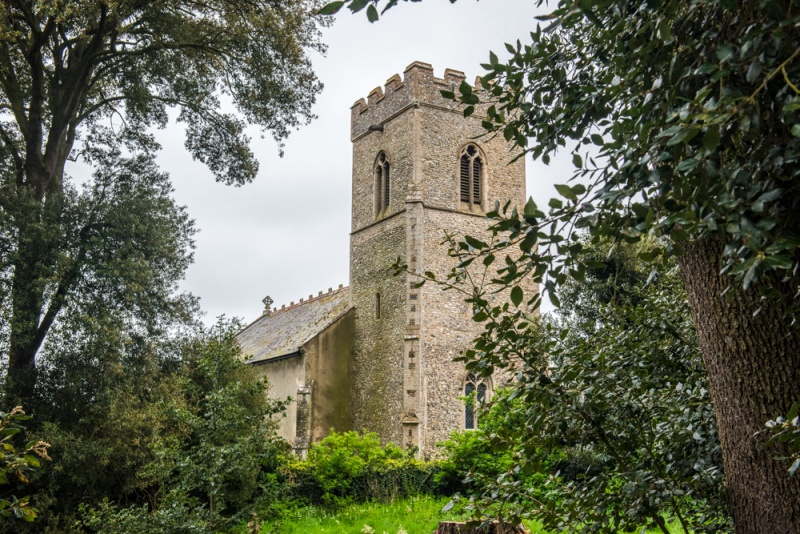 The small country church of All Saints in Bale was built in the middle of the 14th century, shortly before the devastation of the Black Death. The glory of Bale church is a magnificent 14th and 15th-century stained-glass window attributed to the Norwich School of painters.

All the medieval glass is gathered into one window in the south wall of the nave. The glass depicts two figures of the Archangel Gabriel and four figures of Mary. This suggests that though the church is now dedicated to All Saints it may originally have been dedicated to the Annunciation.

The figures of Mary and Gabriel are surrounded by depictions of angels. Most of the glass dates to the period 1450-1480, with one notable exception. The central panel of the main light dates to the late 14th century. It shows prophets holding Biblical texts from the books of Daniel and Samuel.

This seems to have formed part of a much larger scene of prophets. On the bottom row are small figures of Christ crucified and an abbess. The detail of the figures and their costumes are stunning, a true masterpiece of medieval art. 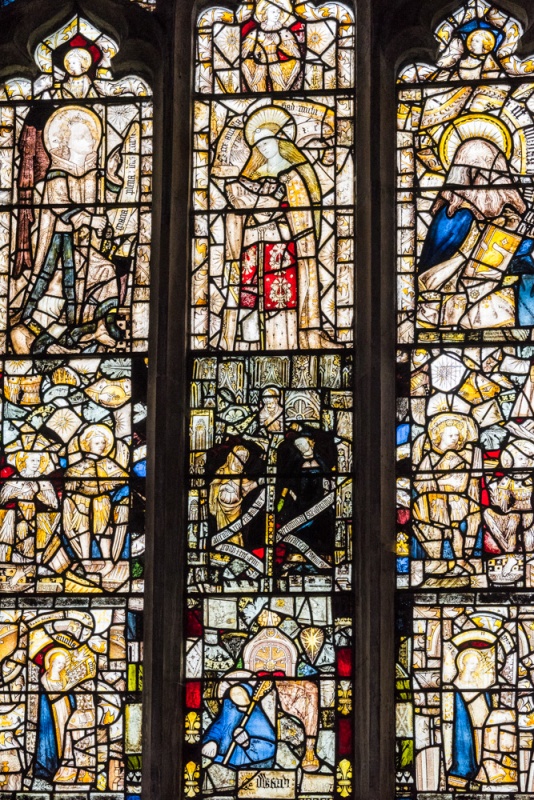 Of course there is much more to All Saints than the remarkable stained glass window. Outside the church is a plaque marking the location of The Bale Oak, a huge oak tree with a trunk measuring 36 feet around, and branches stretching over 70 feet. The Bale Oak is said to have been a gathering place for pagan worship before the coming of Christianity. Indeed, it is said the church was built beside the oak, in a place already considered sacred.

An 18th-century historian reported that a dozen men could stand within its hollowed trunk, and the village cobbler had his shop there. By 1865 the tree was considered dangerous and was removed, at which time it was said to be over 1000 years old. The site was replanted with a grove of 12 oaks, which have now grown to maturity and form a screen between the church and the road. The oak grove is listed by the National Trust for Places of Historic Interest or Natural Beauty.

The oldest part of the church is the early 14th-century chancel. A piscina of the same date is set into the chancel wall. The nave, chapel, and tower date to the late 14th century. High above the east end of the nave is a rare survivor; a pulley-block used to raise a candle beam to light the rood. The rood is gone now, a victim of the Reformation, but the medieval rood stair remains. 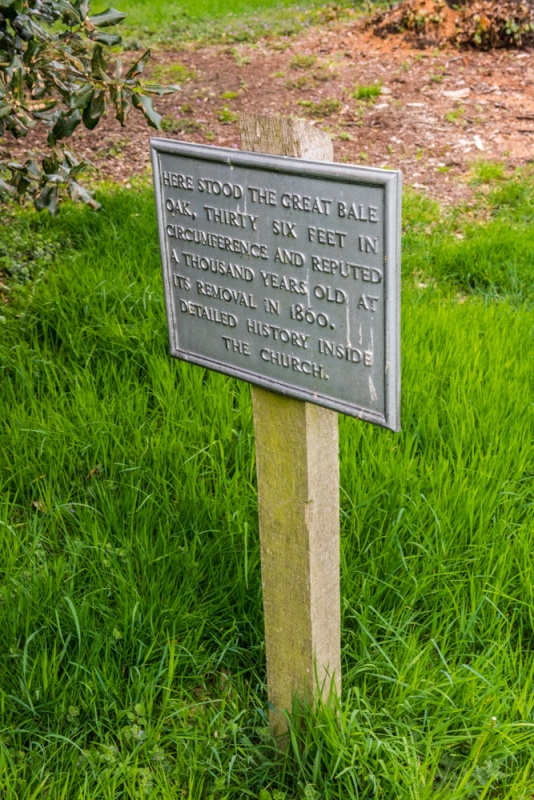 The site of the great Bale Oak

On the nave walls are seven consecration crosses. There would originally have been twelve. On the north wall, opposite the main entrance, is a very faded wall painting of St Christopher carrying the Christ child.

One of the most interesting historic features is an ancient iron-bound chest, made around 1500. The royal coat of arms is to George I, but you can see that the initials of the monarch were originally CR, for Charles II, altered to GR when George took the throne. The date also has been altered. It was painted shortly after the Restoration of Charles II in 1660, then altered in 1698 after William and Mary took the throne.

The beautifully carved octagonal font dates to 1470. There are alternating panels depicting floral designs and heraldic shields. One face depicts the symbols of the Trinity, with a small face peering from the middle.

There are some very good 18th century grave slabs set into the church floor including that of Lucy Clarke, who died in 1746. Her epitaph tells us that 'She was endow'd with great Piety, Charity, Wisdom and all other Christian Virtues'. Another grave slab is to Jane Cony, who died in 1706.

In a place of honour on the wall is a framed copy of the page from the visitors' book signed by HRH the Prince of Wales, who visited Bale church on 23 January 1996.

There is a ring of 4 bells, the oldest of which was cast c. 1440. It bears an inscription reading, 'Michael, Gabriel, Raphael, help us'.

Until 1776 there was a chapel dedicated to St Botolph at the north-east corner of the church. It is possible that there was a direct connection between Bale and Botolh, the 7th-century saint whose monastery was at Iken in Suffolk. 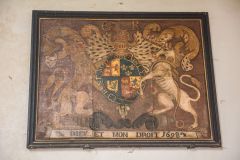 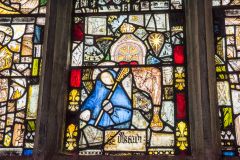 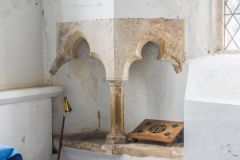 More self catering near Bale, All Saints Church

More bed and breakfasts near Bale, All Saints Church