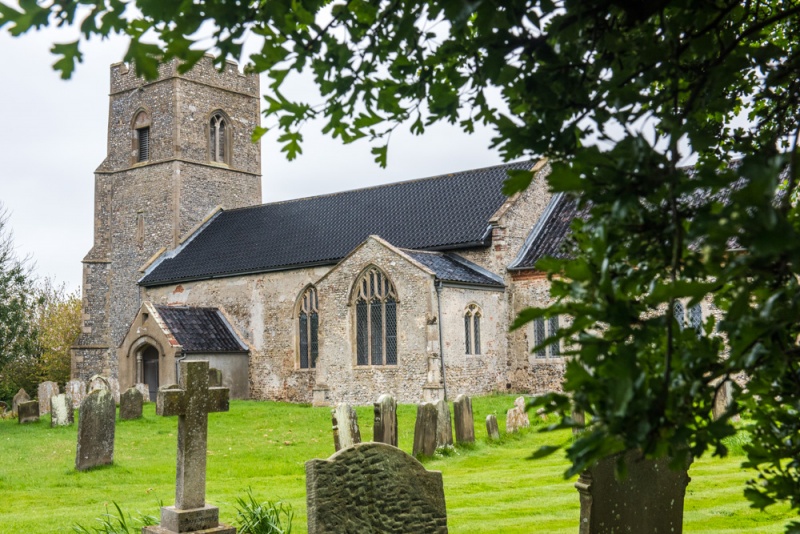 The village of Barney lies in rural Norfolk, five miles east of Fakenham. The village dates to well before the coming of the Normans, and it was recorded in the Domesday Book of 1086 as 'Berlei', which may derive from Old English for 'Barley Island'.

There was a church here long before then, and several Saxon features survive in the stonework of the attractive medieval church of St Mary.

In the south wall near the porch is a blocked 10th-century doorway, with jambs made from re-used Roman tiles. The east wall of the south transept is also made from tiles.

By contrast, the striking west tower is early 16th century, built of flint and stone. The tower holds just one bell, cast in 1676 by Edwin Tooke. 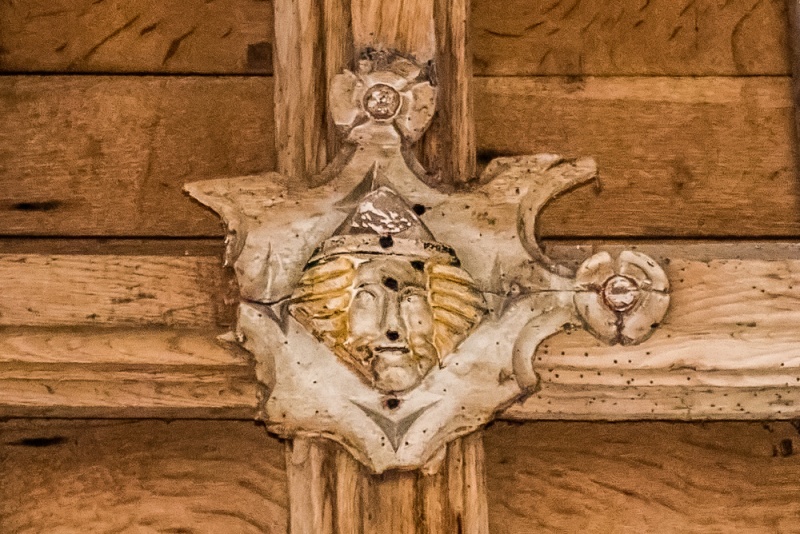 There is an extremely narrow blocked 13th century north doorway. The chancel and its lancet windows are 13th century, while the large east window is 15th century as is the south transept. The late medieval porch protects an early 13th-century doorway and its very worn medieval oak door.

Much of the interior dates to a Victorian restoration in 1889, but several medieval poppyhead benches survive. Behind the pews near the south door is a wooden screen with 17th-century carvings, and there are rows of 18th-century hatpegs on the south wall.

In the south transept are several very good 19th-century memorials, including that of Mary Reeve (d. 1830) and William Phillippo (d. 1888). The transept altar table is probably 18th century. 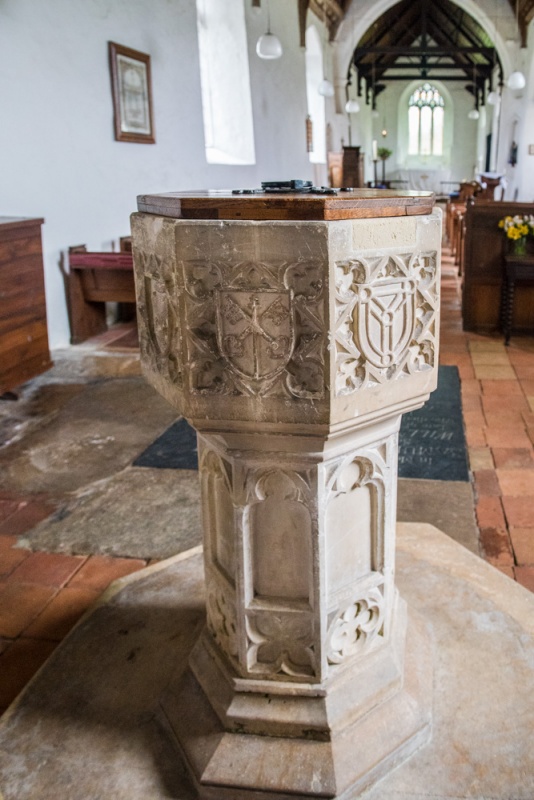 Against the north wall is a medieval coffin slab. You can make out the symbol of a cross at one end, but the rest of the carvings are too worn to be distinguishable.

The 15th century Perpendicular font is superbly carved with Biblical symbols and the heraldic arms of the Valoines family, lords of the manor. In the chancel is a 13th-century angle piscina and credence shelf, beside a sedilia formed out of the south window ledge. On the north side of the chancel is a medieval aumbry, or cupboard. It would have been used to store church plate, including the 'Barney Cup', a finely crafted medieval cup now kept in the Treasury of Norwich Cathedral.

Near the font is a ledger slabs inscribed to Robert Hastings (d. 1682). The coat of arms shows that he was the third son of Baron Hastings of Gressenhall. Set into the floor nearby is a medieval slab to an unknown child.

The pulpit is 17th century. Set into its wooden sides are a pair of brass plaques. One is to Henry Blower, and must have come from the medieval slab by the font. The other is to Thomas Lound, vicar of Barney from 1480-1508.

The real treasure of Barney church is the 15th century timber roof. The roof bosses are beautifully carved, with figures of angels, Tudor roses, and heraldic symbols.

The church is a delight to visit, in a beautiful rural location. It is normally open daylight hours to visitors and was open when we visited. 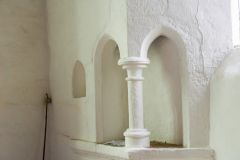