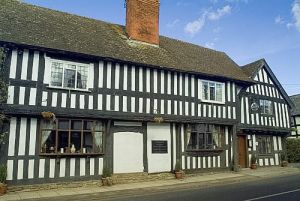 Pembridge
One of the most famous of Herefordshire's Black and White villages, Pembridge has been in existence since well before the Domesday Book of 1086. The village contains a wealth of historic buildings, most in the medieval timber-framed style that makes this one of the most photogenic villages in the county.

Pembridge grew up near a ford across the River Arrow, and river water was used by villagers until running water was made available after 1960. During the medieval period, Pembridge grew to about 2000 inhabitants, driven by the success of its market fairs, first granted in 1239.

There were two fairs, a Cowslip Fair in May and a Woodcock Fair in November, and in time both became 'hiring fairs', where local labourers would gather to find employment for the next agricultural season.

The area prospered as a centre for English and Welsh wool merchants to meet and trade. Over the centuries Pembridge has shrunk to about half its medieval size, but the markets continue, based around the early 16th century Market Hall in the centre of the village. 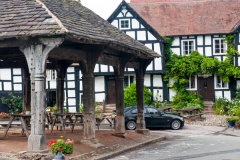 The Market Hall and New Inn

The earliest domestic buildings in Pembridge are West End Farm - at the western edge of the village - and Fig Tree cottage at the opposite extremity. Both houses were built in 1424.

Most of the multitude of other timber-framed buildings date to the 15th century. There are at least 8 medieval hall houses with cross-wings still standing in the village.

Relative newcomers are a set of two 17th-century almshouses; Duppa's Almshouses on Bridge Street was built by Bishop Duppa of Winchester, while the Trafford Almshouses to the east end of the village was built by Alice Trafford, whose memorial can be seen in the church. Among the other notable timber-framed buildings include the Steppes (the village shop) and the New Inn on the Market Square. 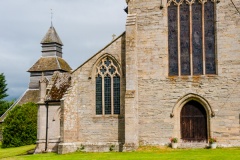 The most famous of the many historic buildings in the village is the parish church of St Mary, which stands on a rise overlooking the High Street. The church is known for its striking detached bell tower, one of only seven in the county, and probably the most impressive. The bell tower dates to the very early 13th century, making it among the earliest surviving timber structures in England.

Just behind the church, you can clearly see traces of the moat that once surrounded Pembridge Castle, built by the powerful Mortimer family. Nothing now remains of the castle except a low motte, or mound, on which the defensive structure stood. A Roman tile has been found on the site, and five similar tiles are re-used in the east wall of the church. After Edmund Mortimer died in 1425 the family's estates in Pembridge passed to Richard, Duke of York.

I have had the pleasure of visiting Pembridge several times and found it a delightful place, well worth its reputation as a picture-postcard village, with a wealth of historic interest. 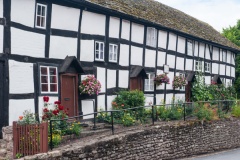 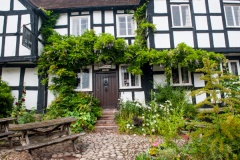 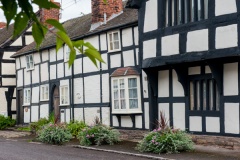 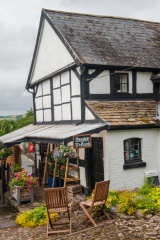 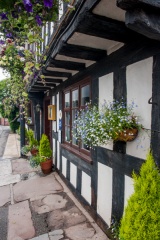 More self catering near Pembridge >>

More bed and breakfasts near Pembridge >> 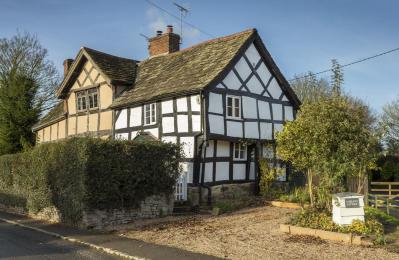 Cobbler's Cottage is a quintessential character cottage in the picturesque village of Pembridge on the famous Black and White Village Trail. Pembridge boasts a good selection of places to eat …
Sleeps 4 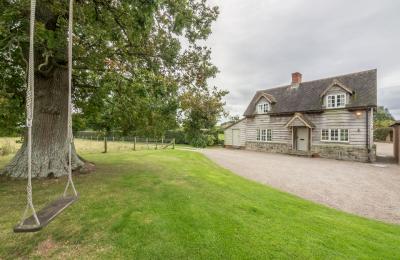 This half-timbered property in an idyllic rural setting, lies in the grounds of Bearwood House, however is completely separate. Picturesque Pembridge village is a mile away and the Michelin-starred Stagg …
Sleeps 5