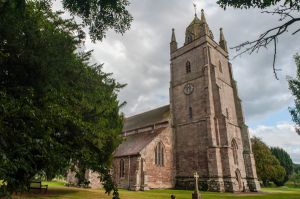 Bodenham, St Michael's Church
The parish church of St Michael and All Angels at Bodenham is set in a beautiful location beside the peaceful River Lugg. The church is primarily a 14th-century building in Decorated Gothic style, with a striking recessed octagonal spire.

The church consists of a chancel, a 3-bay nave with clerestory, south and north aisles, and a solid west tower on a square plan topped by a truncated lantern spire. The nave and tower were built between 1280 and 1400. About two centuries later the nave roof was raised and large clerestory windows inserted, making the interior light and spacious.

Within the church are several intriguing historical monuments and a 13th-century panelled font. The ceiling of the chancel is worth note for its beautiful ribbed vaulting. On the north side of the chancel is a tomb niche containing an unidentified medieval effigy of a woman, possibly a member of the Devereux family.

The carving detail of her wimple and coif is wonderful, and her hand rests lightly on the shoulder of a child, presumably deceased. It is a very touching portrayal and much more 'personal' than many stylised monuments. 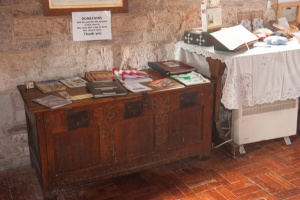 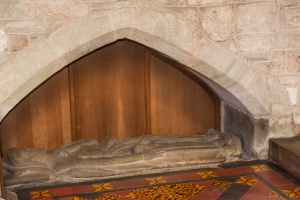 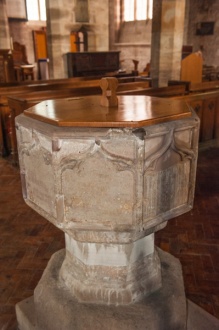 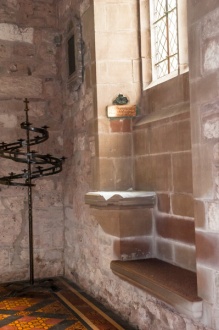 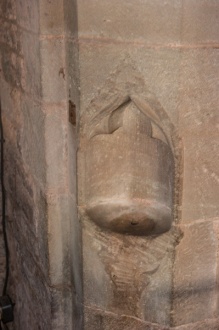 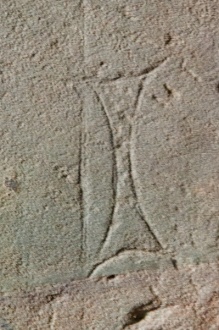 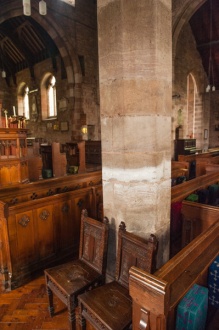 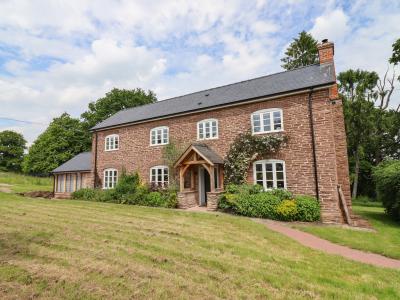