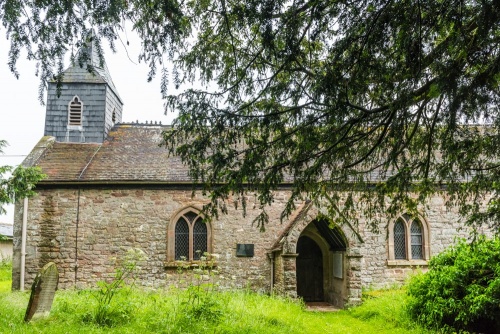 We do not know when the first church on this site was built. The village is recorded in the Domesday Book of 1086 but no mention is made of a church. At that time the village was owned by the canons of Hereford Cathedral and close links with the cathedral lasted through the medieval period. 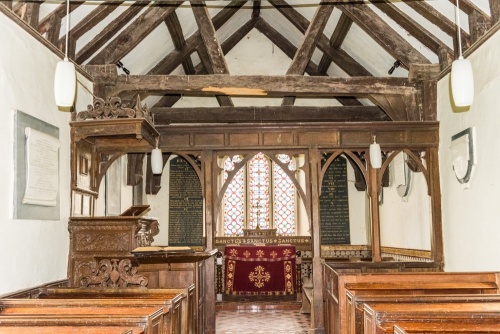 Moreton Jeffries church was built in the 13th or 14th century, and restored in the 18th century and again in the Victorian period. The nave and south doorway date to the 13th century, The chancel roof is 17th-century construction, as is the richly carved Jacobean pulpit with a sounding board and the rustic timber-framed chancel screen.

The clerk's desk, pews and panelling are also Jacobean, and it is this excellent woodworking that is the best historical feature of the church today. The church was heavily restored or perhaps 'over-restored' - by John Morley, who died in 1869. Morley's wall monument is in the chancel near tablets to the local Westwood family.

The east window was installed in memory of Thomas Hugh Bird, vicar from 1844-1868.

The font is Victorian, with a round bowl and a marble basin set on a black marble stem. 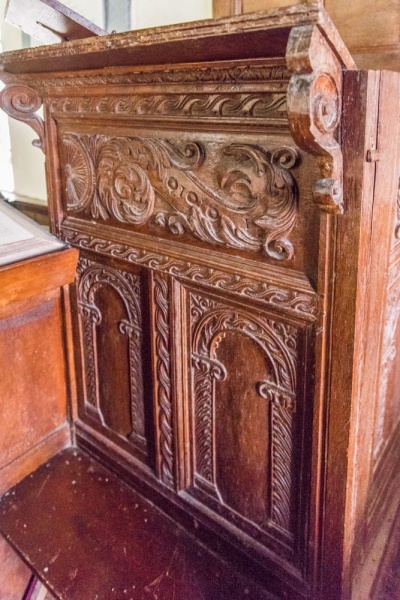 Set into the floor of the sanctuary beside the high altar is a small diamond-shaped tile in memory of R Howdler, who died 11 February 1660.

The other windows date from the 18th and 19th centuries. You can see remains of an early medieval doorway in the north wall, now blocked, and narrow lancet windows from the same period. There are two bells, one cast in the late 16th century and the other in 1709.

By 1980 the population of Moreton Jeffries had shrunk to 18 adults, and the church was declared redundant. It is no longer open for regular worship and is under the care of the Churches Conservation Trust.

HG Morgan, the father of the Morgan motorcar inventor, was vicar here, and the house where the younger Morgan was born is visible from the churchyard. 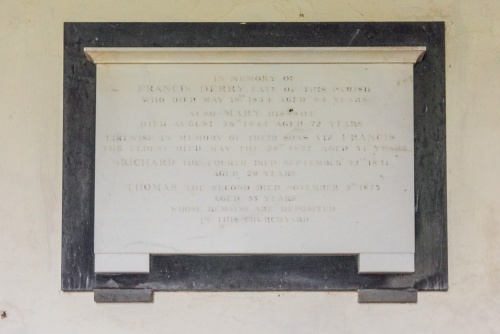 NB. There seems to be some doubt as to whether the name of this small east Herefordshire village is Morton Jeffries or Moreton Jeffries - you'll see it spelled both ways, but we've gone with the 'e' version that appears on OS maps.

The church is usually open to visitors and was open when we visited. It is located in a field at the end of the lane to Moreton Jeffries, signposted off the A465 between Stoke Lacy and Burley Gate. Park at the entrance to the drive leading to Moreton House. Walk down the drive and you will see the church to the right at the end of the drive, before you reach the house. There is a Churches Conservation Trust fingerpost at the beginning of the drive to Moreton House, but it is very easy to miss it (we did). 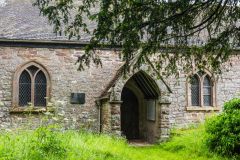 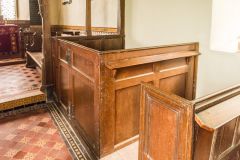 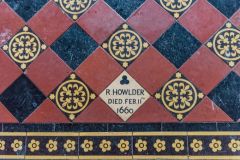 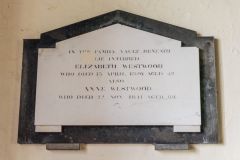 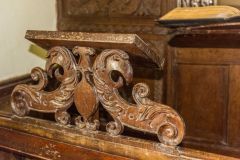