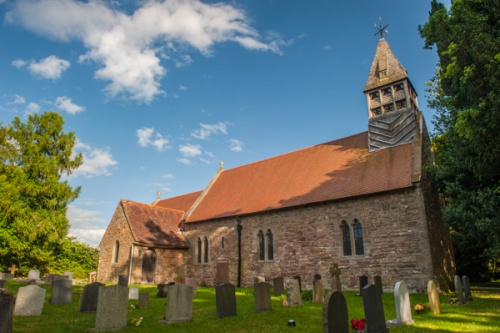 Churches do not come much simpler than St Luke's, in the exceedingly rural surroundings of Ullingswick. The church consists of a nave and chancel, both medieval, with a Victorian porch and bell turret of timber, built by FR Kempson (see Stoke Lacy) in 1862.

The turret is of shingle with lead below. Another interesting exterior feature, also Victorian, is the rainwater spouts, designed by Henry Woodyer, who built the church and college at Tenbury.

The nave is Norman, with deeply splayed lancets in both the north and south walls, and fragments of There is another Norman lancet in the west wall of the nave and 12th-century jambs in the south doorway.

The chancel is 13th century, with a large east window inserted around 1300, though the stained glass is from about 1860, by the Victorian firm of Clayton and Bell. At the top of the window is a fragment of 15th-century glass from the 15th century, depicting the Crucifixion. 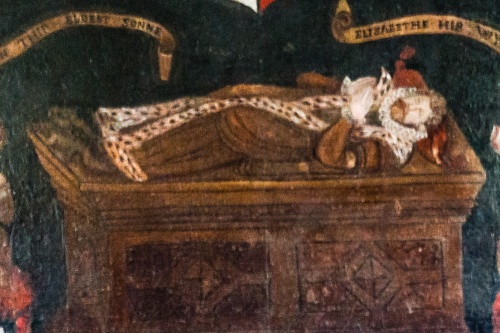 The most interesting - and rather unusual - feature of St Luke's is on the south wall of the nave where you will find a memorial painted on stone to John Hill, who died in 1591. Hill lived at Lower Court, just a short distance from the church.

The painting shows an effigy of the deceased atop a tomb chest, with his wife Elizabeth and three children kneeling around it and scrolls unrolling over his head with an inscription about his identity. Also in the scene are a pair of infants bound in shrouds; unfortunate babies who died in infancy.

The font is octagonal, with a 13th-century stem and a recut 15th-century bowl. There is also a 13th-century coffin lid in the chancel, reused as a grave slab for John Pitt (d. 1699). 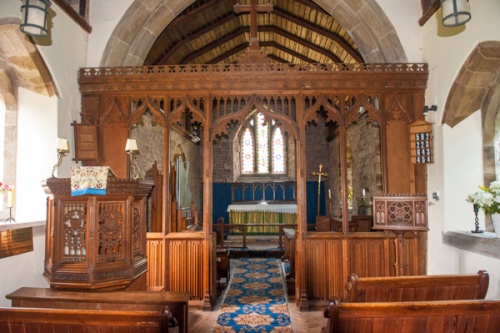 Also in the chancel is a peculiar recess in the south wall thought to have been a 17th-century fireplace, indicating that there was probably a box pew here for the squire and his family. The piscina is 13th century.

The pulpit, lectern, and screen were all installed in 1905-5 as a memorial to a former rector, John Ware, who served the parish for 49 years from 1854.

The very fine altar panels are Victorian, by an unknown artist and there is a 'Positive' manual organ, made by W.R. Andrew of London and one of only 2 known in Herefordshire churches. 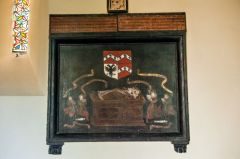 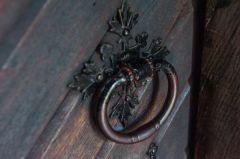 More self catering near Ullingswick

More bed and breakfasts near Ullingswick