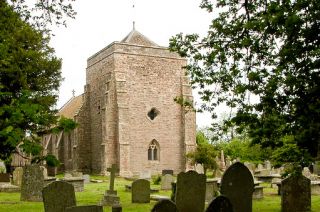 Dorstone, St Faith Church
The little village of Dorstone is located at the northern end of Herefordshire's lovely Golden Valley. Based on a reference in the 12th-century Book of Llandaff we can surmise that there was a church at Dorstone as early as the 6th century.

In 1256 the family of Richard de Brito, one of the knights involved in the murder of Thomas Becket at Canterbury, decided to build a chapel here as an act of expiation (an alternate reading of events is that Richard de Brito himself built a chapel shortly after Becket's murder, and his descendants later erected a dedication stone).

Part of the original dedication stone has survived. It reads 'This chapel is dedicated to the Virgin Mary as promised by Richard de Brito in 1256'. That 13th-century building lasted until 1827 when it was torn down, to be replaced by a new building.

Unfortunately, that first 19th-century church was built so poorly that it had to be replaced itself in 1889 by the current St Faith's church, a Victorian Gothic building in Early English style.

Thankfully, parts of the earlier medieval structures have survived, and are incorporated in the current church. The chancel arch is one such remain; it dates to the 13th century, as does the piscina and a water stoup by the south door. The font base is 14th century, but is topped by a modern bowl.

One intriguing historical note must be mentioned; from 1663 to 1953 that is, for almost 300 years, members of the same family, the Powell's, served as rectors of Dorstone church.

The Agent's House Bed And Breakfast - 4.5 miles
Hereford, Herefordshire
From: £70.00 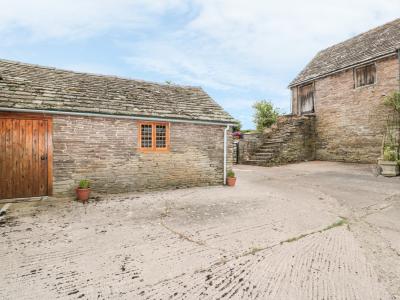 This annex is a wonderful stone-built property filled with character, resting in a stunning Herefordshire location in Urishay, and can sleep two people in one bedroom.
Sleeps 2 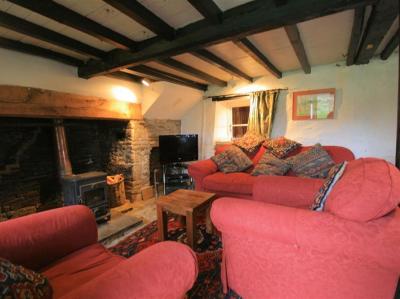 This classic shepherd?s cottage is located in Hay-on-Wye, Herefordshire and can sleep six people in three bedrooms.
Sleeps 6