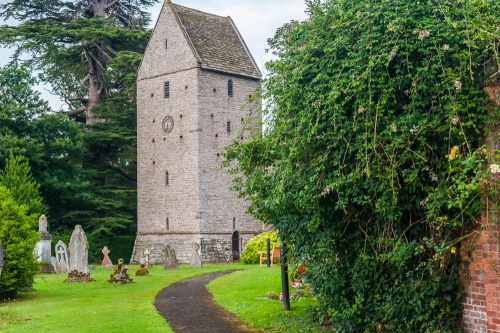 St James is an attractive 13th and 14th-century country church in Early English style. The most immediately apparent attraction at Kinnersley is the striking saddleback tower, which situated at the north-west angle of the nave. A blocked Norman doorway is set into the body of the church near the tower entrance with a huge Perpendicular window above the arch.

This is a very square, upright structure, terminating, rather unusually for a Herefordshire church, in a steep gable roof - no parapets, no spire, just a gable that looks as if it could happily exist on a [small] manor house. The style is reminiscent of the Dutch 'saddleback' style of architecture.

The body of the church consists of a nave, chancel, and side aisles. The interior was much restored in 1867-8 by the rector, Reverend Andrews, to a design by George F Bodley, one of the leading ecclesiastical architects of Victorian Britain, who spent over 30 years restoring St James' Church.

Bodley married Minna Reavely, the daughter of the owners of neighbouring Kinnersley Castle, and designed the Reavely family gravestones in the churchyard. Bodley and his wife are buried in the churchyard along with generations of castle owners. 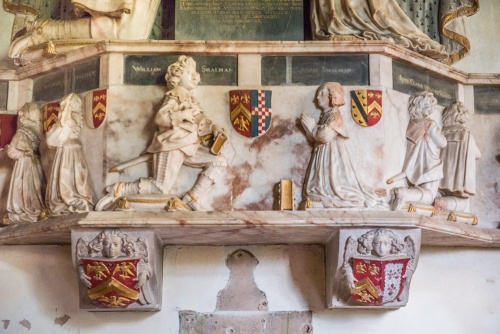 The interior boasts a 15th-century memorial brass to rector William Leviot, who died in 1421, and a very fine Jacobean monument in the chancel to Francis Smallman (d. 1633), lord of the manor at Kinnersley. He is portrayed with his wife Susan, kneeling under a canopy held aloft by cherubs, while beneath, the couple's six offspring are aligned in suitably pious poses. Francis Smallman (1565-1633) served as an MP under James I and Charles I.

The alabaster memorial was erected by his son William, who was also an MP and served in the Short Parliament of 1640. 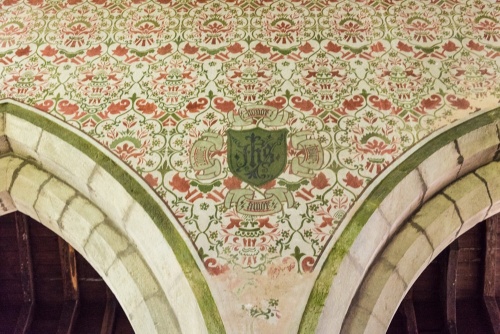 Below the Smallman monument is a memorial brass to a medieval rector, William Leviot (d. 1421).

At the west end of the nave is a large monument to Lady Ann Morgan (d. 1794). This was designed by sculptor Nicholas Read, who apparently worked on the piece from 1749 until his death in 1787). The monument was erected by Theodore Jacobsen, Dame Anne Morgan's uncle. Dame Anne was married to Sir John Morgan (d 1767).

Morgan was a descendant of Sir Thomas Morgan, 1st Baronet and Governor of Jesey in 1660. Morgan bought Kinnersley Castle from James Pytts, the husband of Lucy Smallman. Lucy was the daughter and heiress of Wiliam Smallman, who erected the monument to his parent Francis and Susan Smallman in the chancel, mentioned above. 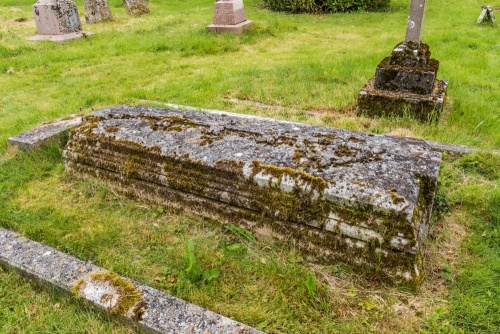 GF Bodley grave in the churchyard

Another vaguely classical memorial is a Greek Revival monument to John Parkinson (d. 1804) in the north aisle.

The pulpit is decorated with carved panels depicting allegorical figures. These are thought to be Flemish and dated to around 1530. There is also very nicely carved Jacobean panelling behind the altar and a wooden reredos of oak, recently painted and re-gilded.

Beside the church stands Kinnersley Castle, a Norman fortress later rebuilt as an Elizabethan manor house by the powerful Vaughan family. 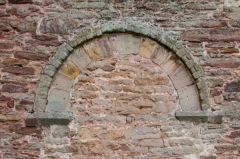 The Agent's House Bed And Breakfast - 5 miles
Hereford, Herefordshire
From: £70.00