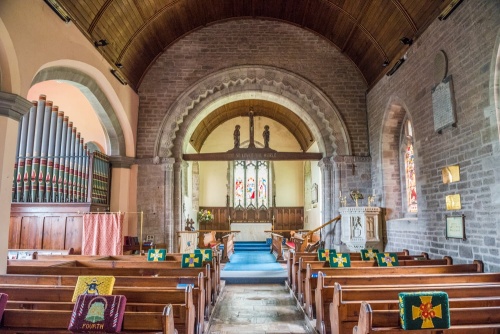 Tarrington's attractive medieval church of St Philip and St James dates to the 12th century, but that Norman church was comprehensively restored during the Victorian period and much of the interior furnishings are 19th century, including a finely carved pulpit.

The church is composed of a nave, chancel, and west tower and is built of sandstone rubble with sandstone dressings, under a tile roof. The tower is 16th century, and rises in three stages, with diagonal buttresses on two sides.

Two windows in the north wall of the chancel have been identified as late Saxon or early Norman and there is a blocked 12th-century doorway in the east side of the north aisle, sporting a traditional rounded Romanesque arch. 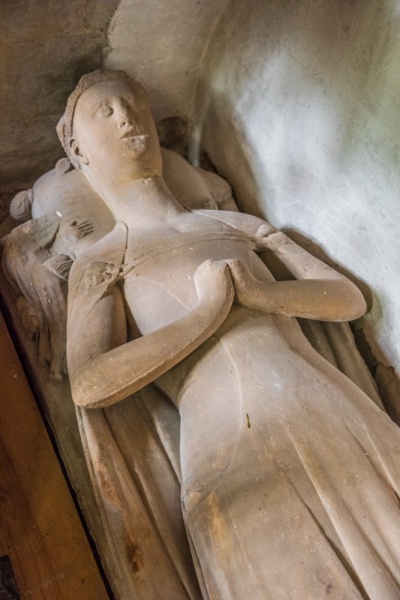 14th-century effigy of an unknown woman

The south doorway is 12th century, in a similar style to the blocked north doorway opposite. Look for a carving of a man and horse on the east capital. The octagonal font is probably 14th century.

The chancel arch is 12th century, with carved capitals like those of the two doorways. In the chancel is a 13th-century piscina, and several pieces of original medieval stained glass remain in the large east window. You can make out what appears to be a 15th-century likeness of the Virgin Mary.

There are more 12th-century windows in the north wall of the chancel, with odd holes drilled in the window heads. Beneath the north windows is a tomb recess with the effigy of an unknown woman, probably 14th century. 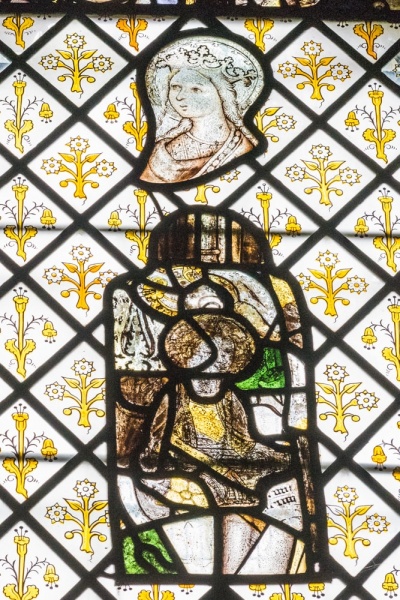 Under the tower is a medieval stone coffin lid with a carved cross on the top.

The parish register at Tarrington dates back to 1567.

The church is extremely easy to find. It stands on a rise just off the A438. Be aware that the official postcode of HR1 4AZ takes you to Pound Close. Don't be fooled! From the A438 take the signposted turnoff to Tarrington, carry on up the hill past the first turnoff on your left and the church will come into view on your left, with a small parking area on the right. 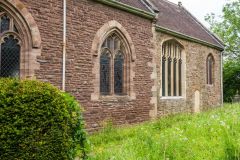 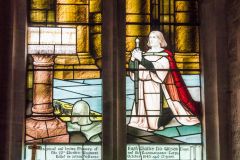 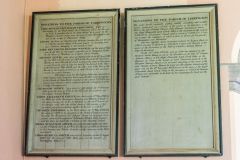 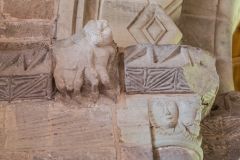 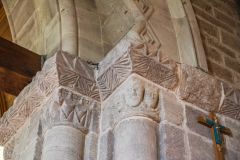 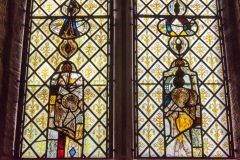 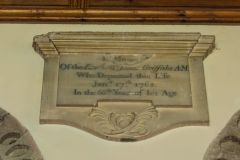