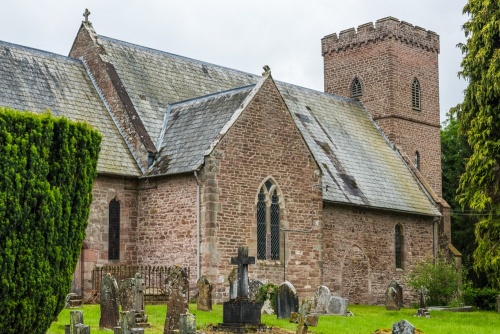 There was a church at Ashperton as early as the 13th century, but that earlier building was replaced by the current church in the 14th century. The benefactor of the church was Sibilla de Grandison, who lived in the castle (now vanished) a short distance from the churchyard.

One of Sibilla's children, John, grew to become Bishop of Exeter. Another, Katherine, married the Earl of Salisbury. Katherine was accounted one of the most beautiful women of her age and was vicariously responsible for the founding of the Order of the Garter.

In 1344 she was dancing with King Edward III when her garter fell to the ground. The king retrieved it, and, seeing the smiles on the faces of his courtiers, is said to have remarked 'Honi soit qui mal y Pense', which loosely translates as 'Shame on he who thinks evil of this'. The phrase was immortalized as the motto of the chivalric Order of the Garter established by Edward shortly after.

But we digress; both Katherine and her brother were born at the castle and may have been baptized at Ashperton church. 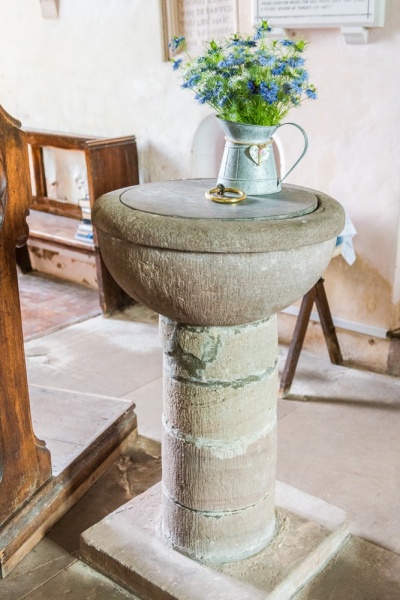 On the wall of the north transept is a carved 15th-century coat of arms known as 'The Traitor's Arms' or 'The Defiance' which was moved to the church for safekeeping in 1840. The coat of arms dates to around 1460, and is a reminder of the violent conflict between the Houses of Lancaster and York during the Wars of the Roses.

In December 1459 the 'Parliament of Devils' declared Richard Duke of York and his followers to be traitors. Henry VI's queen, Margaret of Anjou, insisted that Parliament pass an 'attainder' against Richard and his Neville in-laws. Richard's wife Cecily Neville was forced to attend Parliament to witness her family's disgrace. 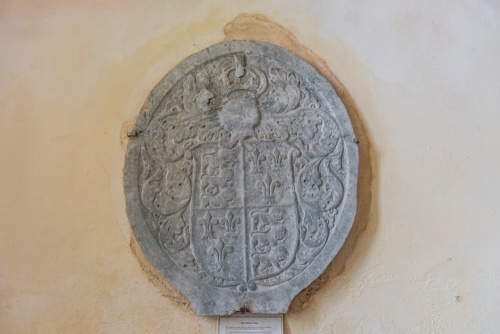 The central symbol represents the arms of Richard of York, with his shield reversed, under a paper crown. Also represented are symbols for Richard's brother-in-law Lord Fauconberg and the Earl of Salisbury and his nephews Humphrey and Henry Bourchier and the Earl of Warwick, who were all attainted with him.

On the left is a recumbent rat, symbolising Cecily Neville, and roses for the male heirs of the House of York. Beneath the rat is a 'nasty', a spectral figure symbolising Cecily's mother Joan Beaufort the illegitimate daughter of John of Gaunt.

The coat of arms was intended to serve as a public piece of propaganda. It was probably mounted in a public place beside the main road north through Ashperton (now the A417). It was not on display for long, as the Yorkists returned in force in February 1461 and defeated the Lancastrians at the Battle of Mortimer's Cross.

The Traitor's Arms was taken down by Lancastrian sympathisers and hidden in the ruins of Ashperton Castle, which saved it from destruction. It is an extraordinary piece of medieval propaganda and a wonderful historic relic. 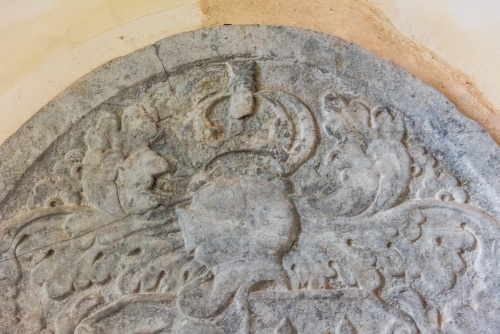 Yorkist symbols on the Traitor's Arms

While one notable historic object was transferred to Ashperton church, another was moved away from it; the exquisite 14th century painted wooden effigy of Walter de Helyon, steward of William de Grandison, was made for St Bartholomew's. In the late 16th century it was moved for safety to Much Marcle while Ashperton church was remodelled. It was never returned, and can now be seen in Much Marcle parish church. A painted board depicting the effigy stands against the south wall.

Other historical highlights include a wall tablet to Thomas Lord (d 1652) and a memorial to four young men of the parish who died in the Crimean War. There is a very simple Norman font with the bowl supported by a slender central column, and the communion table dates to the early 17th century.

One final note: propped up on a window ledge was a highly amusing replica of a 1789 poster entitled 'Rules of the Pew', which despite the headline was aimed at visitors to the local pub. The 'Rules' read as follows:

'No Thieves, Fakirs, Rogues or Tinkers
No Skulking Loafers or Flea-Bitten Tramps
No Slap and Tickle o' the Wenches
No Banging o' Tankards on the Tables
No Dogs Allowed in the Kitchen
No Dogfighting

Flintlocks, Cudgels, Daggers and Swords
to be handed to the Innkeeper
for safe-keeping 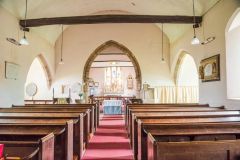 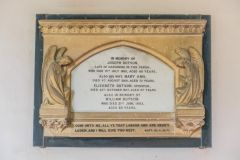 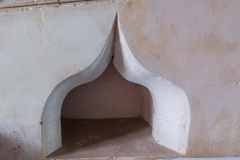 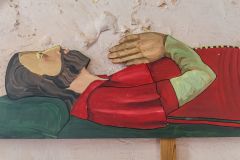