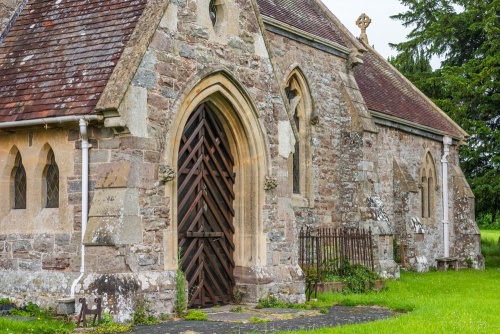 The Herefordshire village of Yarkhill has an interesting history. It is first recorded in AD 811 as 'Geardcylle', meaning an enclosure with a kiln'. In the reign of King Harold, it was held by a knight named Arkell, who may have given the village its name. alternatively, the name may derive from the Saxon word 'Yarcle', meaning the slope of a hill.

The village is served by the Norman church of St John the Baptist. Little remains of the original late-Norman building except for a pair of capitals decorated with traditional trumpet scallop carvings. The tower is 13th century, though the top stage was added in 1466. 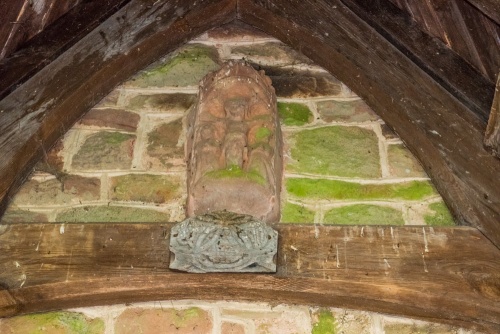 The porch dates to the late 13th century and it protects a doorway decorated with dogtooth carvings. Over the doorway is a stone crucifixion carving that once stood atop the preaching cross in the churchyard. The cross stands near an ancient yew tree with a trunk circumference of 20 feet.

Curiously, the church holds three fonts. The oldest is Norman and probably survives from the original church on this site. Under the tower is a 13th-century font and in the nave is the third font, a late-17th-century piece installed in honour of Francis Steadman, who served as a vicar of Yarkhill for 47 years and died in 1671. His memorial is a stone slab on the north wall of the vestry.

Steadman's son was Fabian Steadman, who published 'Tintinnalogia', a famous guide to change-ringing. Bell-ringers across Britain still use the Steadman method. Steadman is known to this day as 'The Father of Change Ringing'. A new ring of eight bells was installed in his honour in 2012. 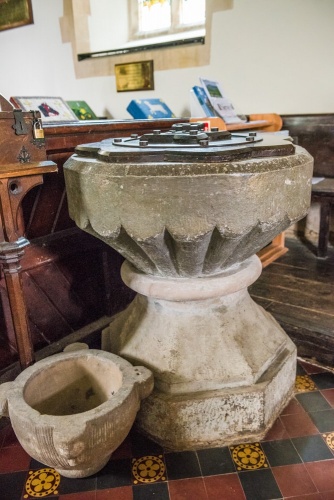 The Norman and 17th-century fonts

There are four old bells; one cast in 1636 by John Finch of Hereford and three cast in 1671 by John Martin of Worcester.

Beside the 17th-century font in the nave is a medieval holy water stoup. and at the west end of the nave is an old parish bier.

There are a few good monuments inside the church including a tablet to John Cleife (d 1857). Perhaps more interesting is an extremely plain rounded tablet to William (d 1788) and Mary (d 1779) Taylor. Other tablets include that of the Lewis family, among them Deborah Lewis (d 1820) who served as the parish clerk. 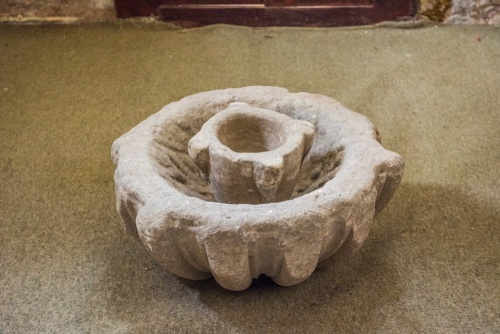 The church was extensively restored in 1862 and as a result, most of the interior furnishings are Victorian.

Across the lane from the churchyard is the site of a medieval moated manor house, now long gone.

St John the Baptist is a delightful country church, full of historic interest. It was open when we visited. 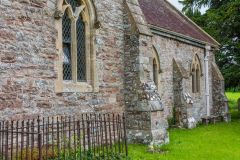 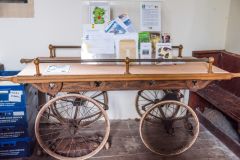 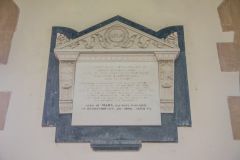 More self catering near Yarkhill, St John the Baptist Church