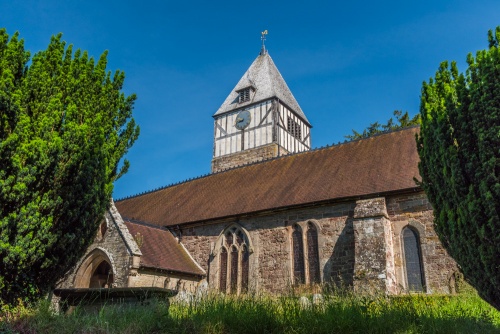 St Andrew's is a lovely Norman church with an attractive timber-framed tower. Sir Edward Elgar lived for a time at nearby Plas Gwyn and is known to have played the organ at Hampton Bishop church on several occasions.

Elgar is said to have been inspired by the view from nearby Mordiford Bridge for his work 'Elegy for String Orchestra, Op 58', composed in 1909. The organ is over a century old and was crafted by the Nicholson & Lord company of Walsall.

The church is built of local red sandstone and dates largely to the 12th century. The south door is carved in typical Norman Romanesque style, with chevron moulding and diamond detail on the door lintel. There are several Norman doors and windows and an ancient stone font, but the most striking feature is a timber-framed 'black and white' belfry atop the Norman tower. 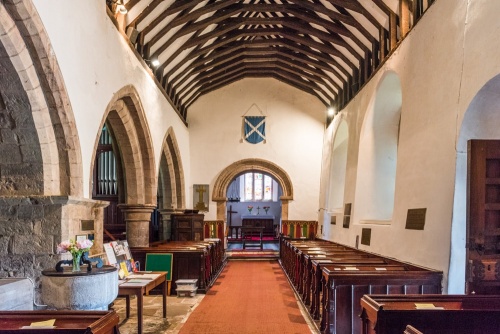 In the Lady Chapel is an imposing 15th-century reredos of sandstone that was probably brought here from another church. There is a double piscina of 14th-century date and the remains of a 14th-century cross in the churchyard.

Over the entrance door is a Norman lintel and rounded arch, both carved with traditional Romanesque symbols such as zig-zags and diagonal crosses. The simply carved circular font is also 12th century.

Two memorial slabs in the floor are to members of the Whittington family, whose most notable member, Dick Whittington of cat fame, is thought to have been born nearby. There are more Whittington memorials at St Michael's church in Soller's Hope. 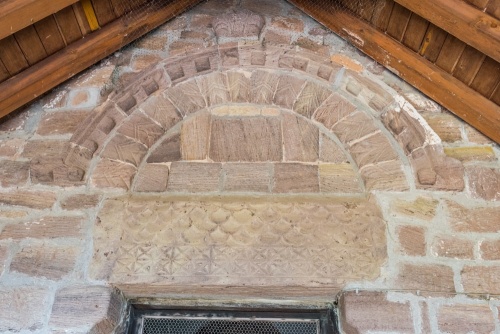 Also in the chancel is a memorial to Thomas Weare, who fought with the Duke of Wellington at Waterloo in 1815, and later served as Queen Victoria's personal Aide-de-camp.

The church boasts some very good 19th-century glass, including the east window, with vividly coloured glass in arts and Crafts style by Thomas William Camm of Smethwick.

St Andrew's is easy to reach on foot, for the popular Wye Valley Walk trail passes very close by. The church is usually open daylight hours to visitors and is well worth seeking out. 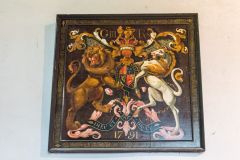 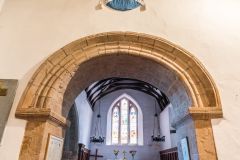 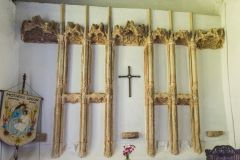 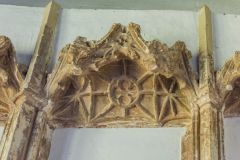 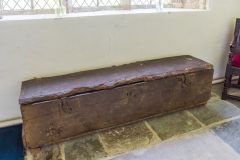 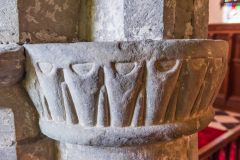