HERITAGE HIGHLIGHTS:   A history going back to at least the 6th century 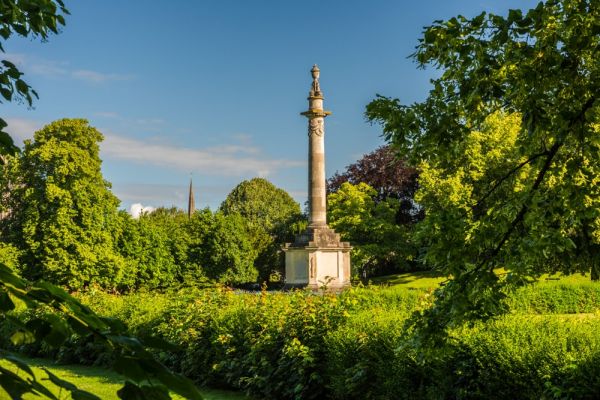 Castle Green is a public park above the River Wye, just east of Hereford Cathedral. The park occupies the former grounds of Hereford Castle and is part of a historic site dating back to at least the 6th century.

Sometime around AD 550, a monastic community was established at Castle Green, long before the city of Hereford existed. The monastery may have been built close to a spring known as St Ethelbert's Well, whose waters were said to have miraculous healing properties. By the middle of the 7th century, the monastery had become a centre of religious importance.

The site was later dedicated to St Guthlac, an East Anglian hermit who died in AD 715. The monastery had close ties to the Mercian royal family, and that royal patronage elevated St Guthlac's monastery even more.

When St Guthlac's tomb in Lincolnshire was destroyed, some of his relics made their way to Hereford.

By the 8th century, a large burial ground surrounded St Guthlac's monastery. This burial ground was used both by the monks and by the civilian population of Hereford. As many as 15,000 bodies may lie buried beneath Castle Green.

Hereford's Saxon city wall was erected around AD 850 and extended to encompass Castle Green around AD 900. 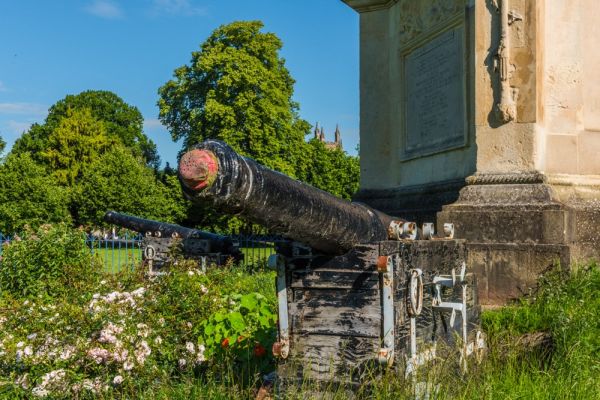 Cannon at the foot of Nelson's Column

Around 1046 a Norman nobleman named Ralph de Mantes built a very simple motte and bailey fortification of earth and timber on the north bank of the River Wye. The castle became a major power base following the Norman invasion of England in 1066. The castle was rebuilt in stone in the late 12th century.

Simon de Montfort used Hereford Castle as his headquarters during the Second Barons' War, and Henry IV used it as a place to launch his attacks on Wales during Owain Glyndwr's revolt of 1405.

The castle withstood several sieges in the English Civil War, but by 1660 it was in decay and was pulled down.

In the centre of Castle Green stands a slender column erected to honour Admiral Nelson, the victor of Trafalgar. the column was erected in 1809, four years after Nelson's death in the battle. It was meant to have a statue of Nelson on top of the column, but the money ran out, so a small sculpture of an urn was substituted.

Nelson visited Hereford several times and was made a freeman of the city in 1802.

The column was designed by Thomas Hardwick and consists of a stepped base with buttresses, a Tuscan column decorated with anchors and rope swags, a moulded capital, and the decorative urn, supported by figures of dolphins. around the base are Napoleonic War cannons. 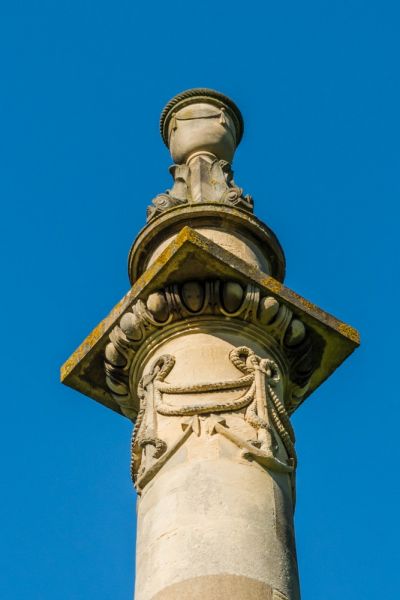 The top of Nelson's Column

In one corner of the park is a Georgian pavilion atop medieval foundations. The building was used for some years as an art college and a training centre for the local council. The Friends of Castle Green charity is working to restore the building to its Georgian splendour, but in the meantime, it provides a public space for local groups.

Castle Green is off Mill Street in the east and Castle Hill in the west. It is within easy walking distance of the cathedral. There is no on-site parking but it is easy to reach on foot from any of the city centre car parks. 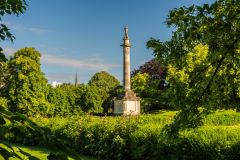 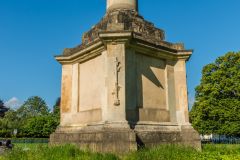 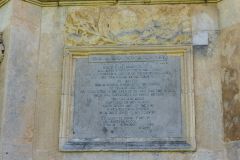 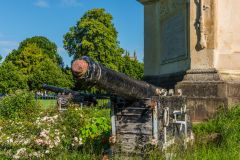