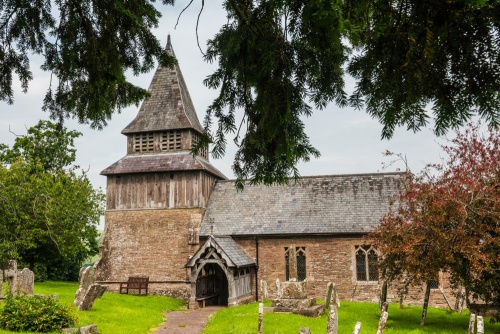 The church of St John the Baptist at Orcop is a 12th-century building with a striking weatherboarded 16th-century tower. The medieval dedication was to St Mary and the church is sometimes known incorrectly as St Mary's to this day.

Orcop grew up in a bowl of hills known as the Orcop Basin, through which runs the River Garron. The area was a tribal headquarters for the Silures and it has been suggested that Orcop was the site where the Silures leader Caractacus was defeated by the Romans in AD 70.

There does not seem to have been a village until after the arrival of the Normans in 1066 and the first written record of the village comes in a charter of 1138. According to the very useful church guide, Orcop was known as the most isolated parish in the least civilised part of England and Wales. The isolation gave rise to a common joke; if a native was asked where they lived the common reply was 'Orcop, God help us'.

The oldest parts of the present church are the nave and chancel, both built in the 13th century, but the presence of a 12th-century piscina suggests that there was an earlier building on the site. The chancel was rebuilt around 1300 and a west tower added in the early Tudor period. 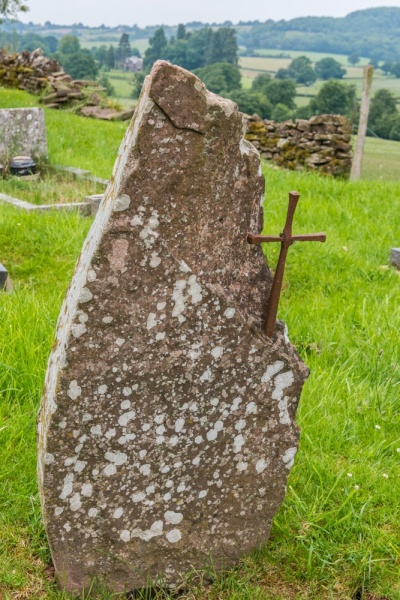 The church was heavily remodelled by Thomas Nicholson in 1860-61. Unfortunately, the Victorian restoration swept away many of the original medieval features.

The interior features a late-medieval wagon roof with carved roof bosses. In the south-east corner of the chancel is a 12th-century pillar piscina, shaped like a double-scalloped capital. There is a similar pillar piscina in the nearby church of Brampton Abbots, suggesting that they were both carved by the same mason.

The only other obvious medieval feature is a worn carved head over the door to the vestry.

20th-century poet Frances Horovitz is buried in the Orcop churchyard, giving Orcop its nickname of 'The Poet's Church'. Also in the churchyard is a medieval preaching cross. The top of the cross is missing, possibly destroyed during the Dissolution of the Monasteries.

The earliest record of a clergyman comes from 1277, but after 1382 Orcop was served by the vicars of neighbouring parishes. For almost 500 years Orcop had no clergy of its own, until it became a parish in its own right in 1859.

Near the church stand the remains of a Norman motte and bailey castle. 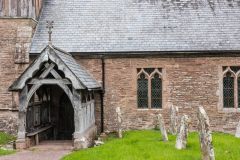