HERITAGE HIGHLIGHTS:   Based around an ancient manor house 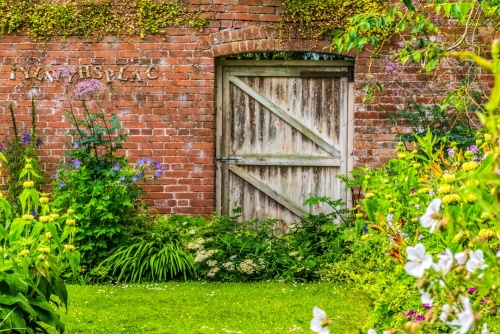 Kentchurch Court has been the home of the Scudamore family for over 1000 years and is among the most historically important houses in Britain. While the house itself is only open by appointment, the family welcome visitors to explore the surrounding 20 acres of gardens.

The remote rural setting under Garway Hill is idyllic; Kentchurch Court feels like a secret treasure, hidden from the outside world and untouched by time.

The history of Kentchurch Court goes back to 1042 when Ralph Scudamore a stonemason from Normandy, was invited to England by Edward the Confessor to build a castle at Ewyas Harold. This was one of several castles in the area meant to protect the turbulent English border with Wales. Ralph Scudamore became a person of great importance in the area and was mentioned five times in the Domesday Book of 1086. 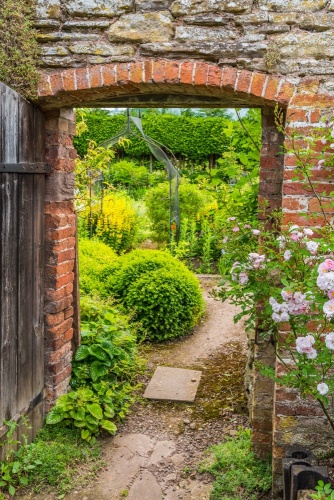 The base of the Tower still has its Saxon foundations and is made with stones from an earlier family chapel. The original Saxon castle was little larger than the Tower, but the complex of buildings was extended in the 14th century.

Owain Glyndwr was a Welsh landowner in the border region known as the Marches. His daughter married John Scudamore of Kentchurch. In 1400 Glyndwr launched a bloody but ill-fated rebellion to rid Wales of the English. After initial success, the rebellion faltered and Glyndwr disappeared, but not before he is said to have stayed here at Kentchurch Court, in a tower room that has been preserved.

A late member of the family was Sir James Scudamore who was a courtier under Elizabeth I. He gained fame as a jousting champion and was the inspiration for Edmund Spenser’s knight in his poem 'The Faerie Queene'.

In 1795 Col. John Scudamore called in the architect John Nash to transform the medieval building into a comfortable country residence in Gothic style. Nash was a popular society architect and a friend of Prince William (later William IV). Here at Kentchurch Court, he did not use his own designs but rather was instructed to execute an earlier design by Anthony Keck. 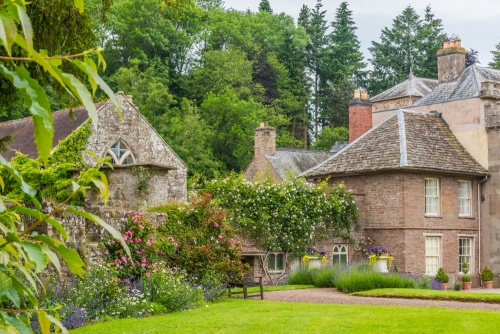 The house was unfinished when Col Scudamore died and it would not be completed until the 1820s under the direction of Thomas Tudor. The elegant interiors include family portraits by fashionable painters such as Sir Peter Lely, Thomas Lawrence and Marcus Gheeraerdts.

There are also beautiful carvings in the dining room and terrace room by Grinling Gibbons, commissioned for Holme Lacy House, another Scudamore residence. Playwright George Bernard Shaw is known to have visited several times.

Kentchurch Court was the subject of Channel 4’s Country House Rescue in 2011. It has also been used as the setting for several film projects including 'The Vault of Horror', 'On the Black Hill', and 'The Regency House Party. In preparing to host the latter TV show, the owners discovered a pair of Queen Victoria's silk stockings and Christmas cards from Robert Baden-Powell. 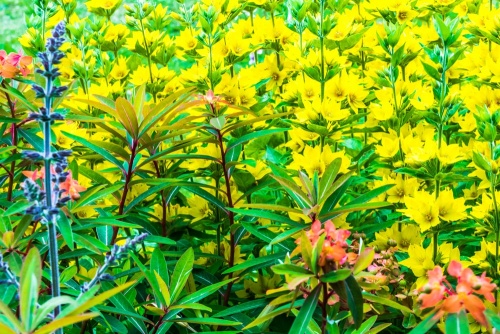 Summer colours in the walled garden

The oldest part of the 25 acres of gardens at Kentchurch date to 1815 and much of the garden is laid out in picturesque landscape style. They are divided into four separate areas. From the stables, which house the tea room, you can access the formal gardens with their long herbaceous borders. Beyond that are the vegetable garden and the walled garden.

The walled garden is the most recent garden area to be developed. Here you will enjoy hellebores, asters, geraniums, digitalis, nepeta and rudbeckia. Many plants grown here are available for sale in the nursery.

The large vegetable gardens are bordered on one side by terraced lawns leading to an apple orchard. The apple trees are underplanted with tulips and alliums. The vegetable beds are interspersed with clematis, roses, and sweet peas to aid pollination.

On the opposite side of the house, you cross a bridge to access the rhododendron woods, with pleasant trails through mature trees. The rhododendron woods were planted in the 1950s and follow a meandering stream through the forest plantation. Kentchurch is a good place to see bluebells in spring. 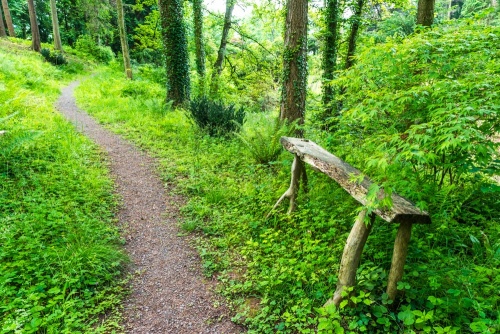 A trail in the rhododendron woods

Beyond the garden is a large deer park established by the Knights Templar and once used as a royal hunting ground. When the Templars were suppressed in the 14th century the park passed to the Commandery of the Knights Hospitallers at Dinmore. The Scudamores bought the park from the Hospitallers in 1547.

The deer park is home to a herd of 250 fallow deer and is dotted with stands of ancient trees including sweet chestnut, lime, yew and maple. The star tree is 'Jack of Kent's Oak Tree', an ancient oak with a circumference of 37 feet (11.3m). That's one very large tree!

Jack of Kent is a folk tale character of the Welsh Marches who often outwits the Devil through trickery. 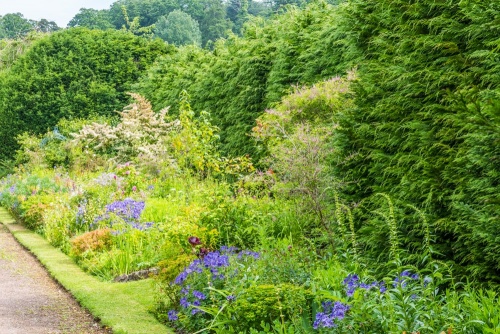 Take the A465 from Hereford towards Abergavenny. After 10 miles turn off at Pontrilas and follow the signs for Kentchurch. Just past the Bridge Inn take the left fork. It seems like you've missed the village entirely, but don't worry! Just carry on for another half mile and the road takes a sharp bend down a hill, with the medieval church on your right Opposite the church is a private drive to Kentchuirch Court.

Follow the drive and park in the stableyard. Through an archway in the stableyard is the manor house, while opposite is the tearoom. Look for the honesty box on the wall near the garden entrance. 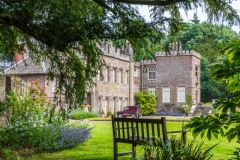 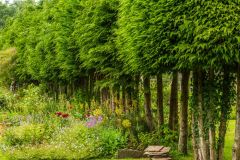 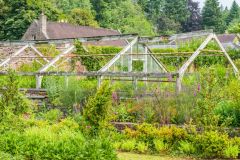 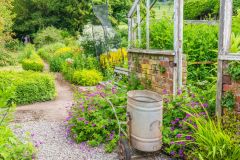 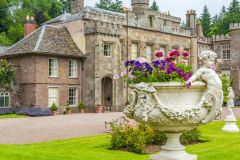