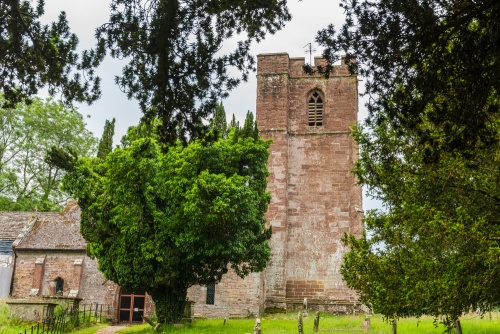 The church of St Dubricius at Hentland dates to the middle of the 11th century, though the bulk of the current building dates to the 13th and 14th centuries. It is entirely possible that there was a church here well before the Norman conquest; indeed, the name of the village comes from the Welsh words for 'old church'.

In the field below the churchyard is a holy well dedicated to St Dubricius. The well has two lips, one for humans and another for animals. The well is reached by an unmarked path from the parking area outside the lych gate. Inside the church is a stained glass window depicting St Dubricius with a hedgehog, the ancient symbol of the Welsh kingdom of Ergyng (Archenfield). The window was dedicated by Rev William Poole (1854-1902). 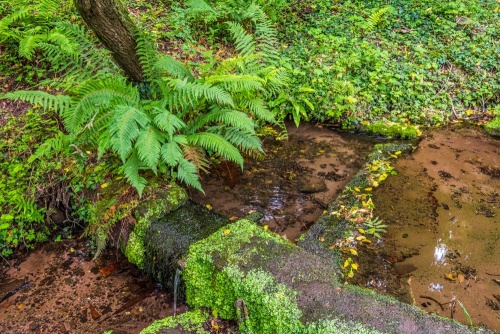 There are several interesting historical furnishings, including a carved Jacobean chair and pulpit and a 17th-century parish chest that still has its original locking mechanism. There is a ring of four bells, with one being medieval and the other three dating to 1628.

The other interior feature of note is the octagonal font, which is 15th or 16th century. The poppyhead decoration on the choir stalls is 16th-century work. The rood screen is Victorian, but it incorporates bits of a 15th-century screen. There is a wheeled parish bier dating to 1920. 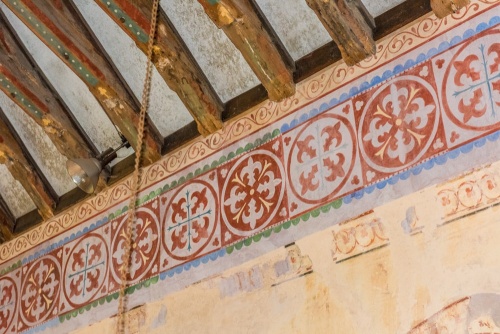 In the churchyard stands a badly worn 14th-century lantern cross, unusually still standing in its original position despite efforts to damage it by Puritan sympathizers in the 17th century. The cross head is carved on all four sides.

The east side depicts the Virgin Mary and the baby Jesus. The north face depicts St Dyfrig/Dubricius, the west face depicts Holy Theotokos (Mary, mother of Jesus) and St. John the Theologian, while the south face shows St Teilo of Wales. The figures are worn by weathering, but the cross is a rare survivor as most similar crosses were destroyed during the Reformation.

Also in the churchyard is a yew tree planted on Shrove Tuesday 1615. 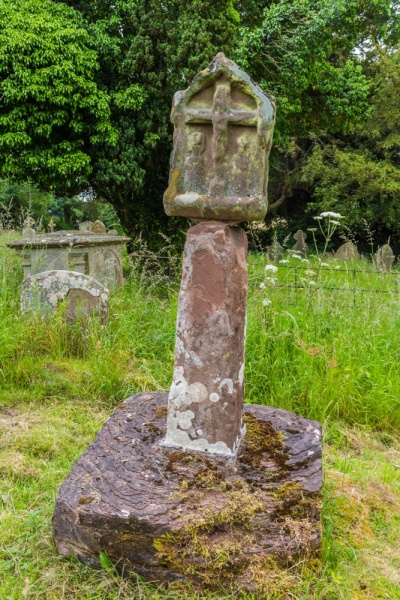 One ancient custom associated with Hentland should be mentioned; according to a bequest by Lady Lucas Scudamore in 1570, cakes (small buns) and cider is given to the poor of the parish each year on Palm Sunday.

This bequest, known as Pax Cakes, is made available to those who live in the parishes of Hentland, Kings Caple, and Sellack, and handed out as they leave the church after service. 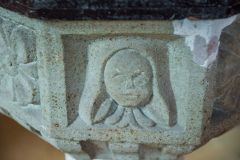 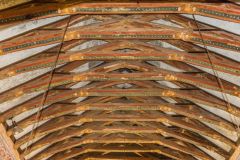 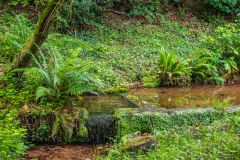