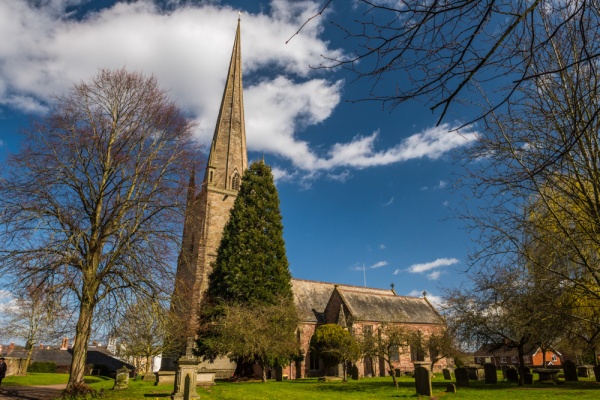 There was a church at Ross at the time of the Domesday Book, but no trace of that building now remains (though chunks of limestone incorporated into the current building may pre-date the Conquest). The current church of St Mary's is a product of the period between 1280 and 1316 when the building was dedicated. 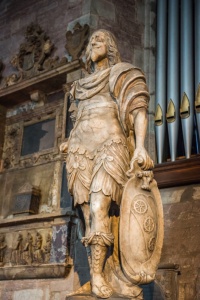 The west tower was added in the middle of the 14th century, with both north and south porches. About 1510, a side chapel known as the Markye Chapel was built.

The bulk of the church is in Decorated Gothic style. One quite remarkable feature is that there are no less than 6 medieval piscinas in the church, which would suggest that at one time there were 6 separate altars in use. There is some surviving early 15th century stained glass.

The most interesting of this medieval glass can be found in a small window over the chancel arch where there is an image of Joseph holding the baby Jesus. This scene is very rarely depicted, making this window unusual, if not unique.

One of the memorials boasts an inscription of a poem written by Sir Walter Raleigh on the night before his execution. There is also a memorial to John Kyrle, the famous 'Man of Ross', set on the north wall of the chancel, above a grave slab bearing the Kyrle arms, set into the floor in front of the altar.

The wall plaque was erected by Constantia, Lady Dupplin, Kyrle's cousin, in 1776. Look for the hedgehog, the symbol of Ross-on-Wye. Near the Kyrle grave are a pair of 17th-century chairs with elaborate carved backs and tops, said to have belonged to Kyrle.

The trees in the churchyard were pruned back in the 19th century and died as a result. Luckily, cuttings were taken from the original trees and these were replanted inside the north transept. This may be the only church in England with a living tree growing up inside the building! 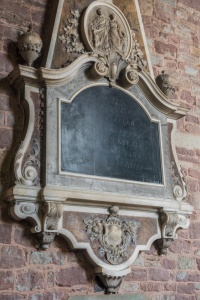 More impressive, perhaps, are memorials to members of the Rudhall family. The Rudhall memorials were brought here from the family chapel at Rudhall Manor, about three miles away, when the chapel was closed.

Between the two table tombs is a striking bust of Thomas Westfalling (d. 1814), who married into the Rudhall family. By far the most interesting of the Rudhall bust is a life-sized statue of Colonel William Rudhall, who commanded a Royalist troop during the Civil War. He led his men in a brief battle at Wilton Bridge outside Ross. He is presented as a Roman hero, clad in classical armour and striking a heroic pose.

In the churchyard stands the Plague Cross, erected in memory of 315 residents of Ross-on-Wye who died during an outbreak of the plague in 1637. The plague victims were buried at night in a mass grave, without coffins.

In another part of the churchyard is the memorial to Walter Scott, not the Scottish novelist of the same name but a local benefactor. and native of Ross. Scott (1716-1786) made his fortune as a master plasterer in London, and in his will left money to re-establish the former Bluecoat Charity School. Near the Scott memorial is the old National School, now used as a church hall. Behind the church is The Prospect, founded as a public green space by John Kyrle. 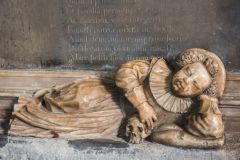 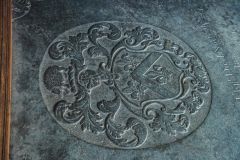 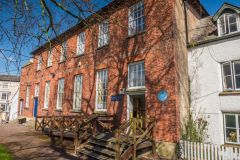 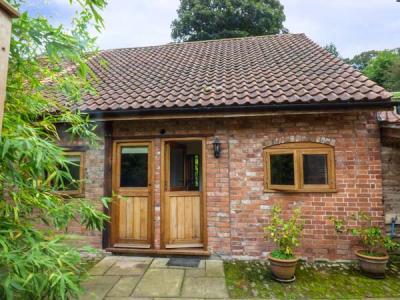