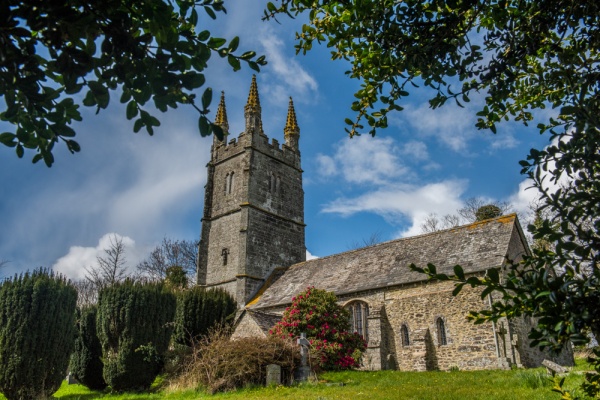 A 12th-century church standing beside a Tudor hall with a beautiful 17th-century gatehouse. The oldest parts of the church building are early medieval, with the addition of a 15th-century tower.

The church was dedicated by Bishop Brondescombe in 1261. It is built of stone rubble with ashlar dressings, beneath a slate roof. The interior features a wagon roof with carved bosses. A dedication stone outside the church commemorates John Coumbe, reputed to have lived from 1484-1604, which would make him aged 120 at his death.

The church is no longer used for regular worship and is preserved by the Churches Conservation Church.

The location of St Nonna's church is idyllic. Opposite the churchyard gate is the striking 17th-century gatehouse, which was being restored when we visited.

The Tudor hall beyond the gatehouse is now at the heart of a complex of farm buildings. The combination of the church and hall gives a wonderful sense of timeless heritage.

Like many Churches Conservation Trust churches, St Nonna's is furnished sparingly, which really lets you see and appreciate the 'bones' of the building.

Near the south porch is the font, fairly plain, on a hexagonal base. One striking feature is a carved head affixed to the south wall of the chancel. Presumably, the head was used as a corbel to support roof timbers, but now it stands on its own, with an open mouth and eyes closed.

On either side of the head are early Norman windows, each with a single, narrow lancet and a deeply splayed opening. On one side of the altar you can make out remains of medieval wall painting.

There are few memorials, but it is worth looking for the poignant wall monument to Lance Cpl. William Lovell, killed in action in France in 1917. Outside the porch, affixed to the south wall of the tower, is a worn granite slab to a local man who died in 1604. 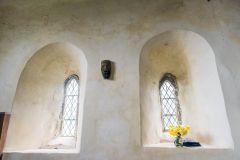 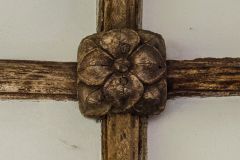 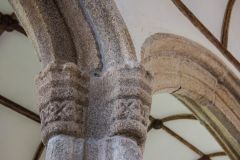