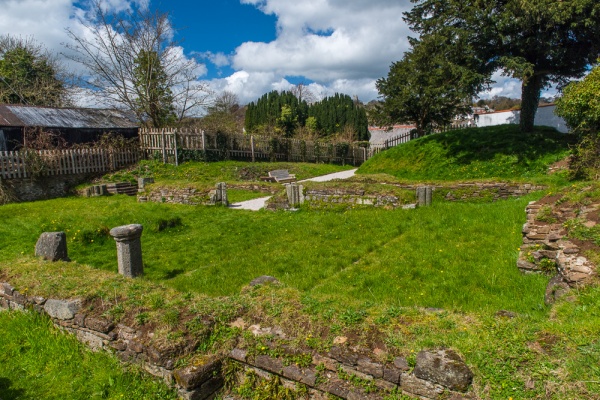 The history of Launceston Priory goes back to at least the early 10th century. Around the year AD 910, the first priory was established at St Stephen's, near the castle and the present parish church of St Mary Magdalene.

The priory was administered by secular priests, but in the mid-11th century, Bishop Lefric petitioned the Pope for permission to replace the secular canons with 'regular' Augustinian canons, essentially re-founding the Saxon priory on a new basis.

Most traditional history books give a different version of the story and say that after the Norman Conquest the new Norman Bishop of Exeter, William Warelwast, did not like the idea of taking the arduous trip to Launceston for visitations, so he had the Saxon priory repopulated with monks from Aldgate Priory in London. The new foundation was administered on a different basis from the Saxon one, and did not require the Bishop to brave the perils of the road to visit Launceston! 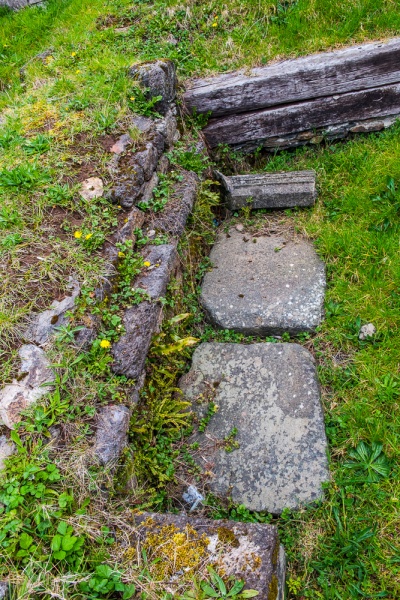 The tomb of Prior Roger de Horton

Whatever the true story, we know that the new priory received its first charter in 1127 and was dedicated to St Stephen the Proto-Martyr. Their wealth swelled after 1140, when William, Earl Warrenne, son of King Stephen, rebelled against his father. He was joined by Reginald de Dunstanville, Earl of Cornwall, and his father-in-law William Fitz Richard.

During the conflict the pair destroyed the church tower, and for this they were excommunicated and forced to make reparations to the priory. The Earl became a great benefactor of the priory, and in time the monks controlled estates as far afield as Looe and into Devon.

The new, much wealthier priory was established in the valley below Launceston, at St Thomas, Newtown, though the move was not complete until 1155. The new priory consisted of a church, dormitory, refectory, and chantry chapels.

The priory cared for the leper community at St Leonards, and over the years it welcomed several important dignitaries, including Edward, the Black Prince, son of Edward III. 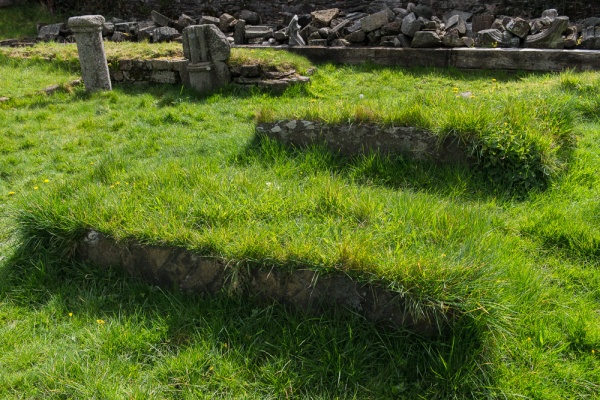 Medieval tombs in front of the altar

The priory was suppressed by Henry VIII in 1539 and granted to Gawen Carew, who tore down the church and sold stone from the site for building materials. The font and tympanum in St Thomas church come from the priory ruins, and it is said that the doorway of the White Hart Hotel on Broad Street also comes from St Stephen's Priory.

Carew used some of the remaining monastic buildings as a stable, a bakery, and even a pigsty. It passed through several hands until it was purchased by Sir Francis Drake, Bart., of Buckland Monachorum, nephew of the famous sea captain.

Over time the priory site became buried until layers of soil, and all trace of the medieval buildings was lost. Then in 1886 construction work for a railway siding uncovered part of the priory. Investigation revealed the foundations of the priory buildings buried 10-12 feet beneath the ground level.

Excavations by a local architect named Otho Bathurst Peter revealed the full extent of the site, with remains outlining a site roughly 230 feet square. Unfortunately, the foundations were simply covered up after excavation was complete.

It was not until 1971 that the St Thomas Youth Club undertook to clean up the site, and shortly afterwards the first church service for over 400 years was held. In 2008 the site was completely cleaned up and conserved, and a local charity called the Friends of Launceston Priory was formed to administer the site. 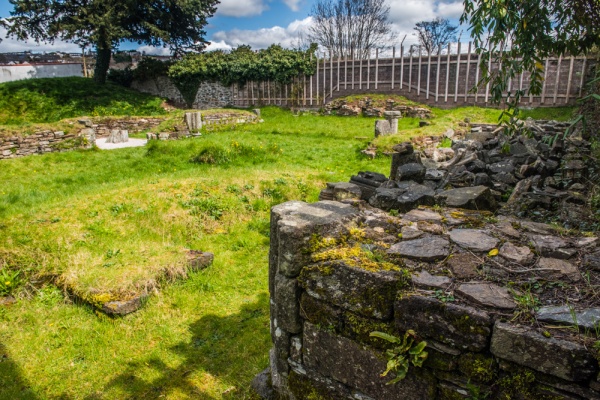 Looking from the porch tower

The foundation layout can be a little confusing at ground level. Thankfully there is a very useful information plaque at the site entrance, so you can pick out the major foundation walls. You enter at the north, near the porch tower.

Ahead and to your right is the tomb of Prior Stephan Tredyan, and there are several more graves in the centre of the chancel. You can see where the chancel steps rise to the high altar. In the south aisle tucked out of view, is the other real highlight; the tomb of Prior Roger de Horton.

The remains we see today are just a small part of the original medieval priory. The standing walls were built between 1290 and 1345 and are the choir and its aisles, the altar and steps, and the porch tower.

Though the remains are not extensive, the site is fascinating, with a real sense of age. It is a shame that so much of the site has been lost.

From Launceston town centre and the castle, take the A388 north, downhill. At the bottom of the hill, immediately before the river, turn left onto Riverside and carry on until you reach St Thomas church. Beside the church, there is a signposted path leading south to the priory ruins.

While visiting the Priory don't miss the medieval packhorse bridge across the River Kensey on Riverside, almost opposite St Thomas church. Unfortunately, the church, with its font and tympanum from the priory, is not generally open to visitors, and it was locked when we visited. 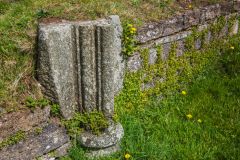 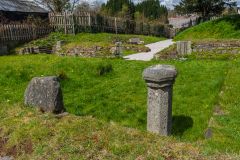 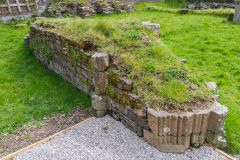 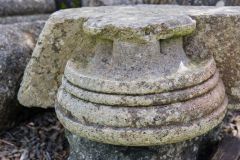 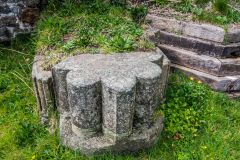 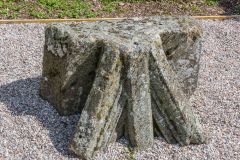 More self catering near Launceston Priory

Self Catering near Launceston