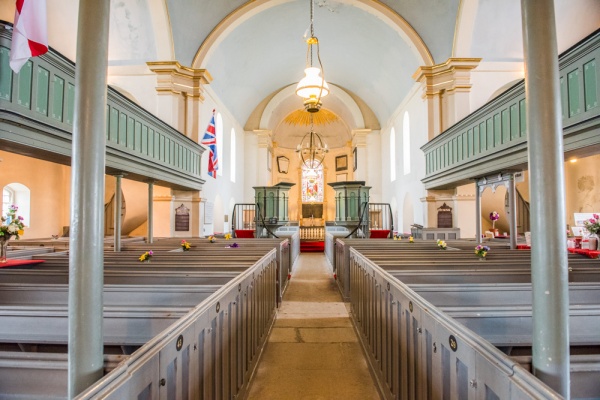 Looking east down the nave of St George's church

A Georgian church standing alone on the height of Portland. The church was built by architect Thomas Gilbert over the years 1754-1766. The church may have been partly modelled after St Paul's Cathedral in London.

The stone for St George's church comes from the Portland quarries, which at least made for minimal transportation costs during the building process! The funding for the church was achieved partly by selling the freehold rights to box pews. 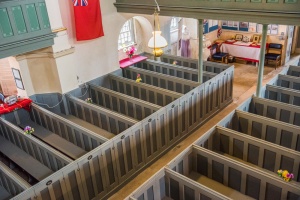 Looking down from the south gallery

The interior is an almost perfect time capsule of Georgian taste, with galleries, box pews, two pulpits and a lectern in classic 18th-century style. One peculiar feature is that the pews face away from the altar, towards the central pulpits. The two pulpits had different purposes; one was for the sermon, the other for readings of scripture.

The church is not used for regular worship and is preserved by the Churches Conservation Trust.

Finding St George's Church is very easy. There is an obvious brown tourist sign labelled 'Historic Church' as you approach from the north (driving in the direction of Portland Bill lighthouse). There is a large parking area on the opposite (east) side of the road. Be careful, for the parking area is very rough and uneven. And you also need to take care crossing the busy road.

We visited on a misty day in June, when the fog rolling over the Isle of Portland was so thick that you could hardly see 100 yards ahead. The bulk of St George's church loomed out of the mist like a ghostly spectre of a church.

The first thing I noticed, however, was not the church itself (I could hardly see it to notice any details through the mist), but the extraordinary variety of memorials in the churchyard. It reminded me in a curious way of Highgate Cemetery in London, with elaborate gravestones and unusually shaped memorials crowded together in what proved to be a huge burial ground.

When I entered the church I was met by a very friendly volunteer guide, who showed me around the building. He was a mine of information, and extremely proud of the unusual interior, with its pair of pulpits flanking the central aisle. He told me that the design was created simply so that people in the transepts could see one of the pulpits no matter where they sat.

Another version of the reason for the unusual design is that each pulpit was used for a different part of the service. I've visited thousands of historic churches in Britain and I can't recall ever seeing a similar design.

He told me that the design was created simply so that people in the transepts could see one of the pulpits no matter where they sat. Another version of the reason for the unusual design is that each pulpit was used for a different part of the service. I've visited thousands of historic churches in Britain and I can't recall ever seeing a similar design.

The church interior is an absolute delight; a Georgian time-capsule, with high-sided box pews and galleries on three sides. The central aisle leads to an exquisite apsidal sanctuary with ornate gilding and a painted ceiling. The acoustics are exceptional. When I was there a family of four was exploring the church, and they tried whispering in the west gallery and I could clearly hear every sound in the south gallery.

The interior is almost devoid of memorials, with a few exceptions. On the south wall of the nave is a memorial to the men who died in the 1803 Easton Massacre. According to my guide, the massacre took place when a press-gang of navy thugs tried to take local quarrymen. Press-ganging was essentially legalised kidnapping by the Royal Navy, who were allowed to take any professional sailors they could grab and force them to serve as navy crew. At Easton, a force of men from the frigate Eagle tried to take several men. A crowd attempted to stop the press-gang, and the marines opened fire. In the struggle that followed 3 men were killed, and a woman later died of gunshot wounds. A monument to the victims' memory was erected in 1978 inside St George's church.

The oldest memorial in the church is a brass plaque near the sanctuary to Captain John Hope Bowers, commander of the sloop Orestes, who died in 1783.

One final monument worth seeking out is a memorial to all merchant seamen lost at sea, which stands near the southern edge of the graveyard.

I loved visiting this beautiful historic church. I can't wait to come back in sunshine next time! 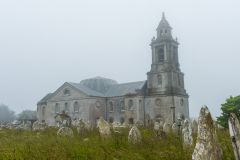 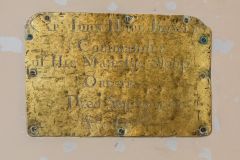 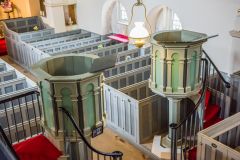 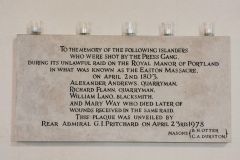 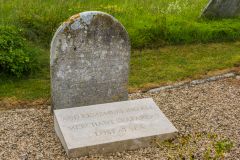 This charming detached cottage sits in a quiet cul-de-sac in Easton on the Isle of Portland, sleeping five people in three bedrooms.
Sleeps 5