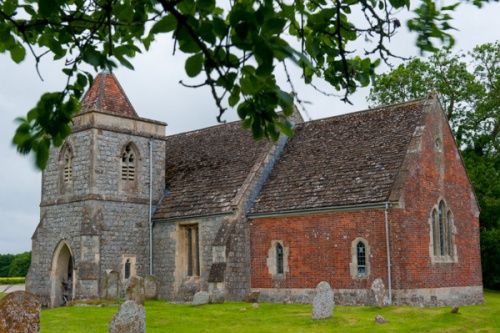 The small church of St Nicholas at Berwick Bassett stands near the Ridgeway Trail just north of Avebury. The church is mostly 14th century, though it may be built on an earlier structure.

The name of Berwick Bassett village comes from Alan Bassett, who held the manor of Berwick in 1211. It may have been Alan who built the first church here, in the shadow of Hackpen Hill, or perhaps it was the prebend of Calne, who owned the parish tithes. The pretty 15th-century manor house where Alan's descendant's lived stands just south of the church.

St Nicholas is a very simple building, with a nave, chancel, and south tower which doubles as the porch. The chancel was heavily remodelled in the 18th century, but several medieval windows were reused, including a small quatrefoil window opening high on the east wall.

The building is partly built of stone and partly of brick; the latter being the result of restoration work by TH Wyatt in 1857.

The font is early medieval, probably 13th century, in which case it predates the church. This suggests that there was an earlier building on the site, and the font was reused when the current church was built. The interior also features a 15th-century wooden screen.

One of the most interesting features is a small 15th century brass to a priest, set into the chancel floor. The inscription says 'Here lyeth William Bayly, thus it pleases the Lord. He bequeathed to the Church one hundred shillings always to remain. He died the 5th before the ides of November, A.D. 1427'. The tiles that surround the brass are by the famous firm of Minton. 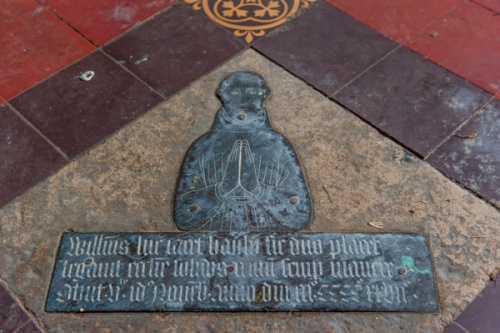 On the north chancel wall is a tablet to Henry Webb (d. 1776), who left money for a teacher to teach the children of local poor families. Inside the door is a grave slab to Frances Cripps. The inscription tells us that she 'departed this life in prayer upon her knees'.

Near the church are standing stones converted to serve as gateposts. The church information booklet states that ancient sarsen stones have been used here as grave markers in the past.

The church is no longer in regular use and is preserved by the Churches Conservation Trust. It is normally open daylight hours. 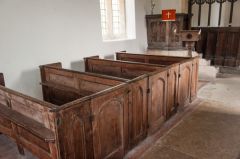 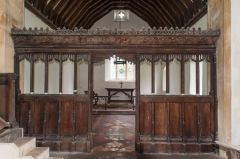 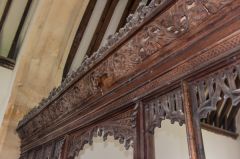 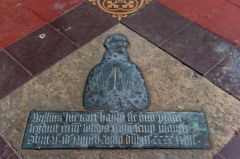