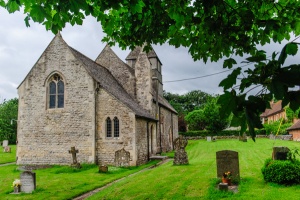 The roots of St Mary Magdalene church go back to 928 AD, when Glastonbury Abbey owned an estate here. Monks from Glastonbury settled at Winterbourne, and built a small chapel, or church, though possibly in a different location.

The church we see today dates to 1133. The abbot of Cirencester controlled Winterbourne until 1361, but at the Dissolution of the Monasteries it passed into crown hands.

The first 12th-century church was simply the current chancel, with a separate detached bell tower. In the 14th century, the tower and chancel were linked by a nave, creating the current layout. What makes St Mary Magdalene so unusual is that the bell tower was supported, not with cut timbers, but by four tree trunks. Two of these trunks are still visible at the west end of the nave. 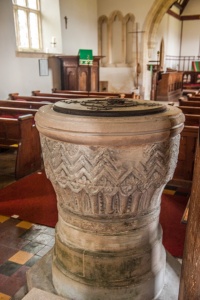 The earliest feature at Winterbourne is the font, carved in the 12th century with scallop designs and traditional Norman zigzags. Bits of medieval paint can still be seen on the font.

The pulpit is 17th century, with some very nicely carved panels. The communion table dates to 1678 and there are several 17th-century pews as well.

Just outside the east end of the church is a tombstone to Rev John Brinsden (1719), which is made from a Sarsen stone brought from the nearby prehistoric barrow of Millbarrow. Set into the exterior of the south well is a vent which allows you to see a carved stone beam, thought to be either late Saxon or early Norman.

This is a lovely little country church, in a pretty village setting. The most interesting feature is the pair of tree trunks supporting the west tower, and the very nicely carved Norman font. 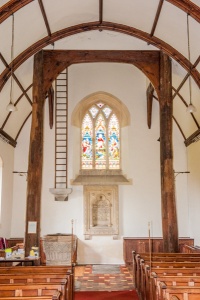 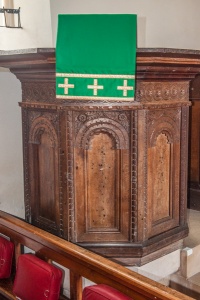 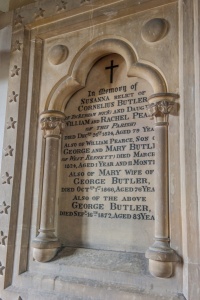 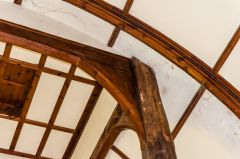 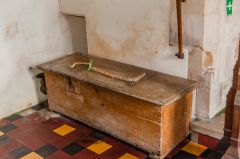 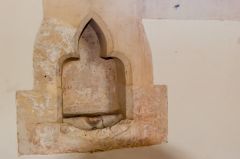 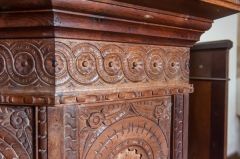 More self catering near Winterbourne Monkton