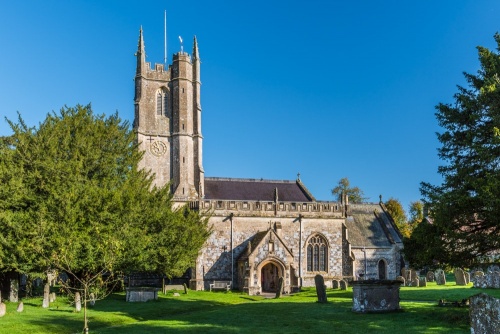 This exceptional church stands beside Avebury Manor, a stone's throw from the great henge and standing stones that draw thousands of visitors to the Wiltshire village of Avebury each year.

The church dates to around the year 1000 AD, and still has its tall, narrow Saxon nave, though this was later altered by the Normans, who also added aisles in the 12th century.

The most obvious survivors of the Saxon building are a pair of round-headed windows at ground level and four circular porthole windows at second-storey level. The chancel was rebuilt in the 13th century, and the chancel arch dates from this time. Separating the chancel from the nave is an original 15th-century rood loft. The rood itself was destroyed at the Reformation, and the base of the screen is Victorian, but the rest is original. 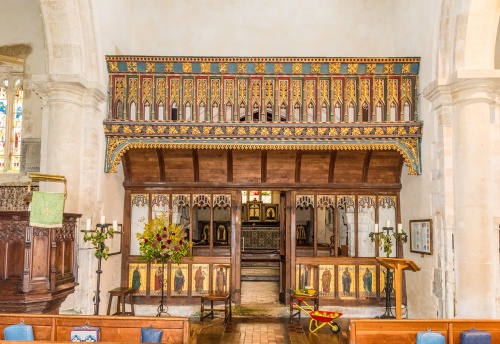 How did Avebury manage to keep its rood screen after Elizabeth I ordered all such screens to be destroyed in 1561? Apparently the parishioners disassembled the screen and carefully hid the timbers behind a false wall of lath and plaster against the east wall of the nave. If the deception had been discovered the perpetrators would have been in serious trouble, but the screen timbers remained hidden until they were found by accident in 1810. The loft was restored in 1878-84, and repainted in its original colours.

The chancel was heavily restored in the Victorian period, but when work was being carried on the new chancel, foundations of the Saxon chancel were found two feet below the present floor level. On the south wall is a memorial to John Trusloe (d. 1593), and the choir stalls are made from the 17th-century Trusloe family pew.

A Saxon string course runs along the top of the aisle wall, and a section of Saxon cross-shaft has been set into the north-west corner of the wall. 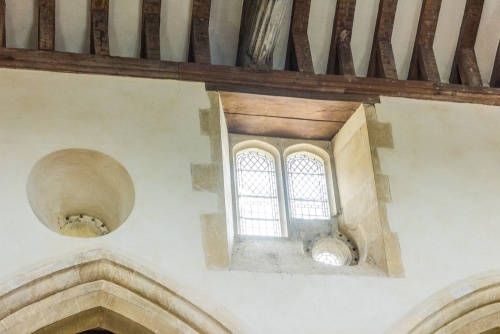 A final reminder of the Saxon origins of St James is the tub font. The font bowl may be late Saxon, though it seems that the wonderfully detailed carving that decorates the entire circumference dates to the 12th century. It appears to show Christ (or a bishop) defeating a pair of dragons, representing sin and evil.

The main entrance is through the south doorway, which shows wonderful, though worn, Norman carving, including several layers of moulding decorated with traditional Norman chevron and dogtooth designs.

In the north aisle is a parish chest dated 1634, and there is a section of an old bell-frame on display, dated 1636. 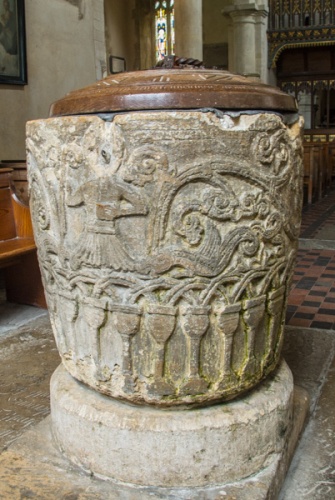 I've been to St James many times, and I'm always struck by the sense of age and history I get. Even in a place like Avebury, with its constant reminders of Britain's ancient history, this wonderful church has something special about it

The church is located on Church Street, just down the road from the Red Lion pub. There is no visitor parking, so you'll have to park in the main Avebury car park on Beckhampton Road (the A4361). There is a charge for parking unless you are a National Trust or English Heritage member. 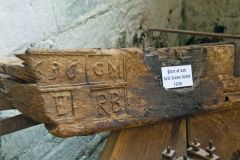 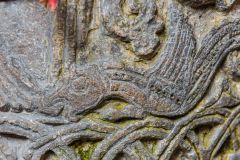 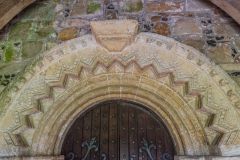 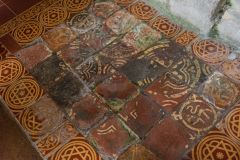 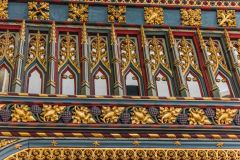 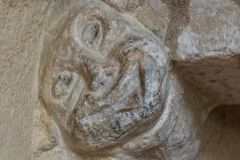 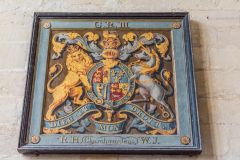 More self catering near Avebury

More bed and breakfasts near Avebury