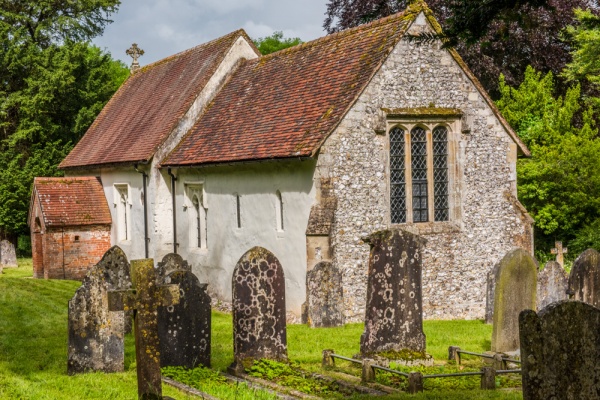 St Mary's church in the Hampshire village of Ashley dates to the 12th century and stands within the earthworks of a Norman castle. St Mary's was probably built to serve as the church for Gains Castle, now long vanished.

This simple building consists of only a narrow chancel, nave, and south porch. There is no bell turret or tower, rather there are a pair of bells hung within a niche under the west gable of the nave. In the churchyard are a pair of 19th-century tomb chests.

The interior features an unusual three-opening chancel arch, with large half-height squints either side of a narrow round-headed archway. Another unusual feature is a Jacobean alms box crafted from an old oak post.

There is a small 13th-century wall painting on the inner splay of a chancel window depicting the figure of a man, though who it is meant to represent is not clear. The worn font is Norman, and carved from Purbeck marble.

On the wall is a monument to Thomas Hobbs, father and son. The elder Hobbs acted as physician to three monarchs; Charles II, James II, and William III. He died in 1698. His son, also named Thomas, was only 17 when he drowned in the River Rhine while studying in Utrecht.

Just south-east of the church is the site of a Roman settlement.

St Mary's is no longer used for regular worship and is in the care of the Churches Conservation Trust. It is usually open daylight hours. The church is located near Ashley Farm, on a minor road just east of Kings Somborne. 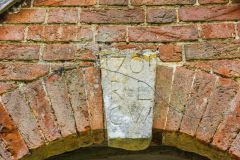 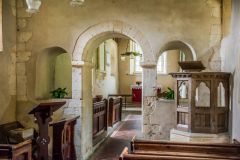