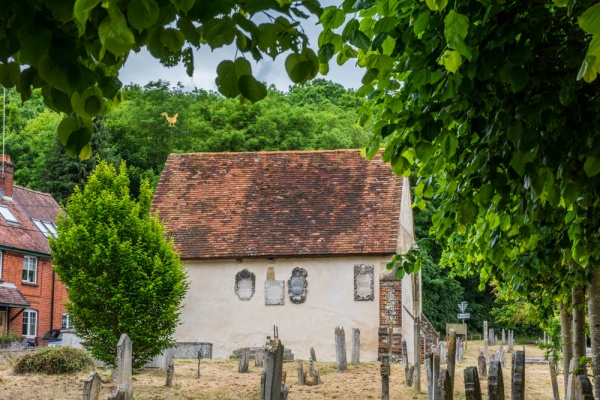 The original parish church for Stockbridge was founded in the 12th century, but it incorporated masonry from a much earlier Saxon chapel that was mentioned in the Domesday Book. The church was torn down in the 1870's when the new parish church, also dedicated to St Peter, was built on the town's High Street. The Norman building, or what is left of it, became known as Old St Peter''s Church. Until 1842 Stockbridge was a chapel of ease for King's Somborne. 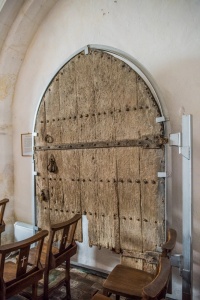 It was owned by Mottisfont Abbey until the abbey was suppressed in 1536, after which it passed to Lord Sandys. It stayed in the same family until 1939.

Curiously, when the church was pulled down the chancel was left standing. It served for a time as a mortuary chapel, but was allowed to fall into decay. In 1963 it was restored, and is now used for occasional services.

The most dramatic incident in the history of the old church came in 1141, at the height of the Civil War between supporters of Empress Maud and King Stephen. Maud's brother Robert, Earl of Gloucester, was her chief military leader. Earl Robert and Empress Maud were trapped at the river crossing by forces fighting for King's Stephen's wife, Matilda of Boulogne. The Earl fought a rearguard action against their foes to allow his sister to escape.

The fight was always a lost cause, but his actions allowed Maud to cross the river to safety. The Earl found temporary safety by grasping the sanctuary ring on the church door. By law, this gave him 40 days respite within the church. What happens next seems unclear; the Earl was taken prisoner, so whether his pursuers disregarded the right of sanctuary or waited for him to come out seems uncertain. 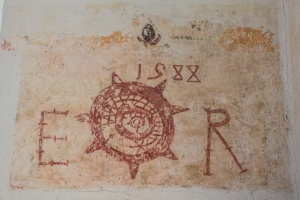 The chancel is small, holding only about 20 people for services, but there is a lot of fascinating history in this small space! On the east wall is a fascinating wall painting dating to 1588, the year of the Spanish Armada. It is entirely possible that the mural was painted to coincide with a service of thanksgiving for the defeat of the Armada.

The painting shows the date 1588 above a curious design like an elaborate compass, flanked by the initials E.R. for Elizabeth Regina. The people of Stockbridge may have had a special affection for Elizabeth, as in 1563 she granted them the right to send two MPs to Parliament.

The exact same mural design is painted on the north wall, minus the date. There is another fragment of ancient wall painting on the north side of the east window. In this case, there are no discernable initials, just a complex geometric design in red ochre.

The altar is made from a 17th-century oak communion table, and there is a royal coat of arms dated to 1726. On either side of the altar are gravestones to Nicholas Pyle, a wealthy farmer who lived at Marsh Court Manor. 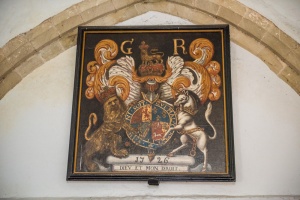 There are more fascinating historic memorials in the churchyard, dating from the 17th-19th centuries. Perhaps the most intriguing is that of John Buckett, a bailiff, landlord of the King's Head inn, and election manager. In the latter role, he organised the corrupt elections that returned two representatives to Parliament for a small market town of just 500 people. His notoriety was widely known and may have played some part in the legislation that eventually outlawed 'rotten boroughs' like Stockbridge.

The most interesting feature is a massive oak door, built in the 14th century. The worn timbers of the door have been carbon-dated to 1354. The door now hangs in a special frame on the south wall. On the jamb of the west door is a scratch dial incised around AD 1214.

One original feature of the church that will not be readily obvious is the Purbeck marble font, which was moved to the new church when it was opened.

Old St Peter's Church is a treasure. Opening the wide west door it feels like you are stepping back in history. The wall paintings are intriguing, and it is great fun to try to imagine what the original church might have looked like from the outlines of blocked arches in the walls. The church is normally open to visitors daylight hours. 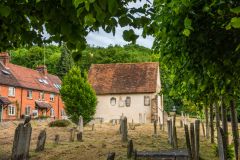 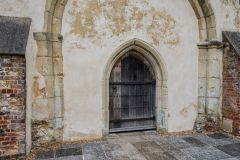 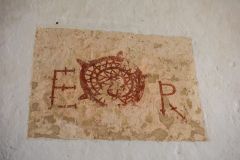 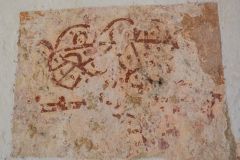 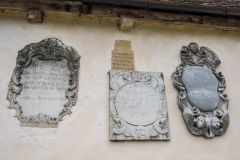