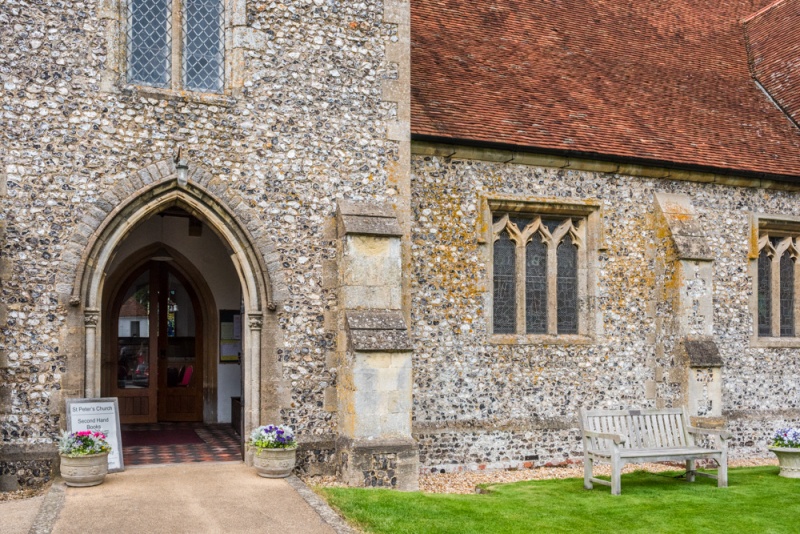 There has been a church dedicated to St Peter at Stockbridge since at least the 12th century. By 1866 the medieval church was in poor condition. An investigation called it 'very old, damp, encumbered with massive stone walls and pillars and unfit for public worship'. Most of the 12th-century building was pulled down, leaving only the chancel, and a new church in Victorian Gothic style was built on Stockbridge High Street.

Reports at the time show that the townsfolk played an active part in transferring monuments, paintings, window frames, corbels, and other pieces of carved stonework from the old church to the new site. People brought their wheelbarrows and trundled down the High street carrying pieces of medieval masonry.

The remains of the medieval building became known as Old St Peter's Church. It is still used for occasional services and is worth visiting for a pair of unusual Elizabethan wall paintings linked to celebrations over the defeat of the Spanish Armada. 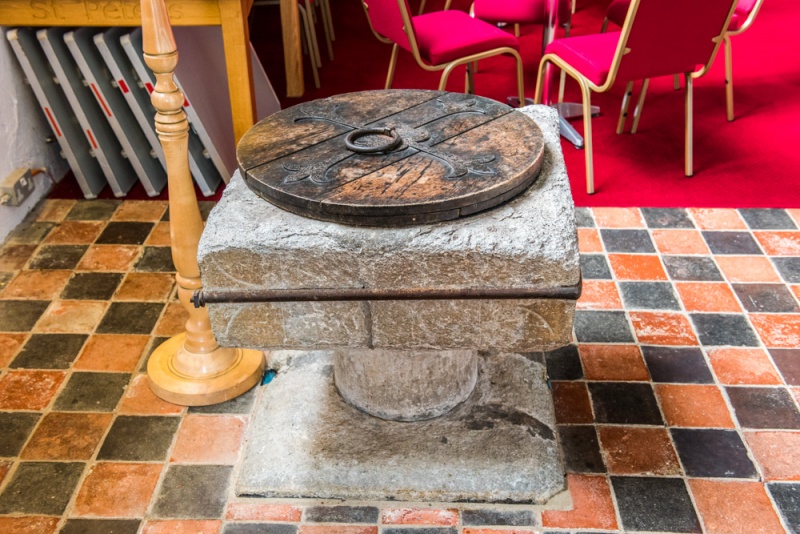 The new church on High Street was designed by J Colson, and is built with flint walls dressed with stone, under a plain tile roof. The most obvious external feature is a strikingly slender spire atop a west tower. The tower and spire were not added until 1887. In the tower are a ring of 6 bells. Four of the bells came from the Old Church and two of them date to the Restoration of the Monarchy in 1660.

Inside the church there are two interesting historic features, both brought here from the old medieval church. The first is a large 13th-century font made of Purbeck marble banded with iron. The font is so worn that a design of blind arcading on the bowl can hardly be seen.

The other historic feature is a fascinating stone crucifix, thought to have been carved by a local stonemason around AD 1100-1150, copying an earlier Saxon work. It also came from the old church, where it was discovered sealed in the church wall. The crucifix is set into the reredos in the Lady Chapel.

In the sanctuary look for the bracket supporting the credence table. It appears to be a medieval column capital, and depicts a male head between a pair of figures. One of the figures is the Devil, and you can still make out traces of paint adhering to the surface. Also look for the royal coat of arms to George I, painted in 1726.

The brass processional cross was the gift of Herbert Johnson in 1902. Johnson owned Marsh Court, a country house designed by Sir Edwin Lutyens, with a garden by Gertrude Jekyll.

St Peter's is a comfortable town church, a lovely example of a provincial Victorian building in Gothic style, and a pleasant place to visit. The 12th-century font and crucifix add wonderful historic interest. 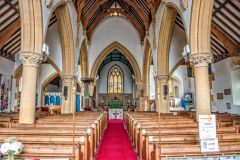 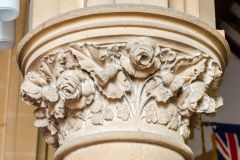 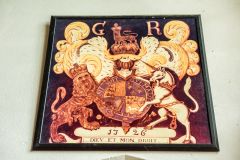