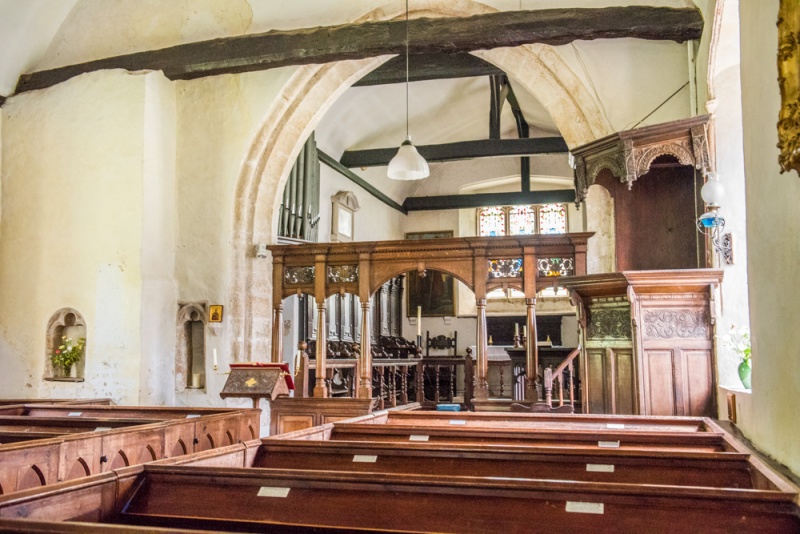 St Nicholas Church stands beside the River Test in the pretty village of Leckford, just north of Stockbridge. The church dates to the 13th century, though it was largely rebuilt in the Tudor period. The most obvious exterior feature is a delightful little timber bell tower.

The tower is a reminder of a fascinating period of English history. In the 1580s the English were, quite rightly, fearful of a Spanish invasion. An Act of Parliament was passed ordering all churches without a tower to build one, so that it could be used to warn of a Spanish attack. The wooden tower of Leckford church was erected in response to this new law. The threat was very real, and the Spanish, of course, did launch their famous Armada in 1588, shortly after the tower was built. 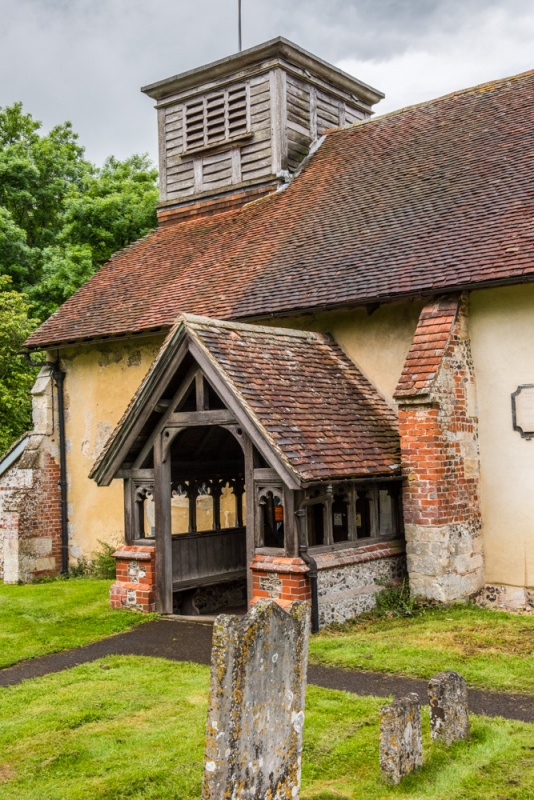 An ancient sundial is set over the south doorway, which is protected by a porch added in 1899.

One historic feature inside the church is a medieval stone altar inscribed with five consecration crosses. During the Reformation, all such altars had to be destroyed and replaced with a wooden communion table. The Leckford altar slab was hidden beneath the floor of the church, where it survived for over 300 years until it was discovered during restoration work.

The 16th-century sanctuary chairs and choir stalls come from an Italian monastery. They were purchased in 1923 by a holidaying parishioner to save them from being destroyed, then transported back to Hampshire and given to the church.

The reading desk incorporates parts of a 15th-century screen.

The chancel arch is 16th century, as is the barrel-vaulted roof, decorated with plasterwork. The beautifully carved pulpit and tester are 16th century, possibly installed during the reign of Henry VIII. Look for the initials RS and IH, presumably signifying the churchwardens responsible for the pulpit.

The real historic highlight at St Nicholas church is the large 12th-century square font, carved from Purbeck marble. The font bowl is carved with blind arcading and stands on a thick circular column set on a moulded base. 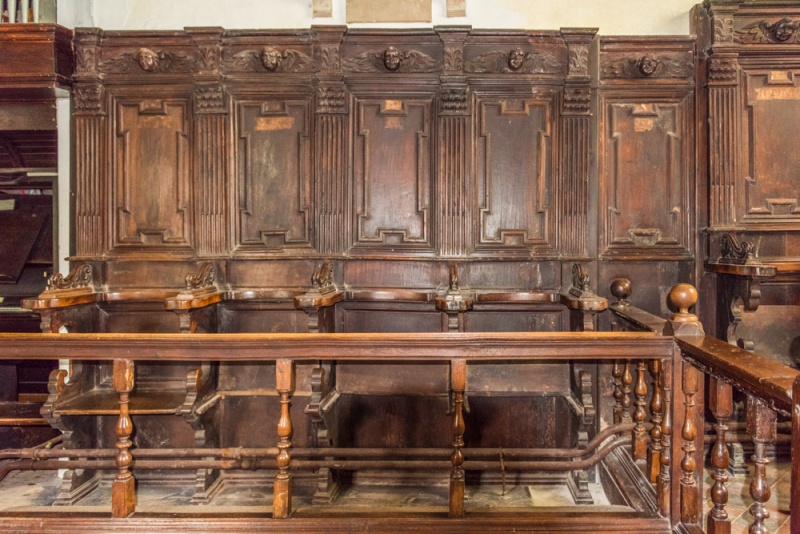 There are several interesting 18th-century floor slabs, including one to John Smith (d. 1707), and a 1787 slab commemorating Henry King. On the west wall is a memorial to another Henry King, who died in 1827. Much older is a memorial on the north wall to Sir John Thornburgh (d. 1630) and his wife Jane (d. 1646). The inscription reads:

Leckford village is a delight to visit, and the same is true of St Nicholas church. The 12th-century font is a lovely piece of historic sculpture, but for me, the real highlight is the 16th-century Italian choir stalls, which are simply stunning. The church was open when we visited, and as far as we can determine it is usually open to visitors during daylight hours. 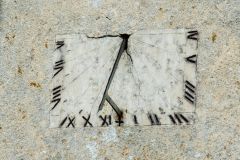 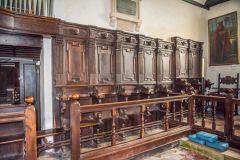 About Leckford
Address: Leckford Lane, Leckford, Hampshire, England, SO20 6JG
Attraction Type: Historic Church
Location: On the A3057 just north of Stockbridge. The church is on the west side of the road.
Website: Leckford
Location map
OS: SU373376
Photo Credit: David Ross and Britain Express

More self catering near Leckford

More bed and breakfasts near Leckford