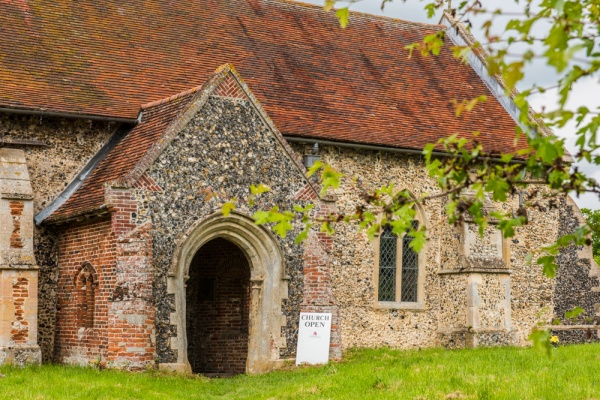 A 13th-century church in a farmyard setting, St Andrew's church stands opposite Frenze Hall. It is an extremely small building, basically the nave of an earlier church, with the addition of a very nice Tudor porch built of brick, and a simple wooden bell turret. 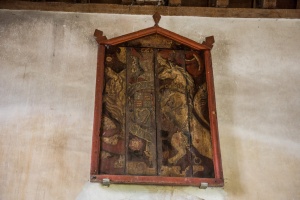 Look for a small sanctuary ring on the north door. If a criminal fleeing justice could reach the ring they were allowed to stay safely within the church. Usually, the sanctuary extended to 40 days, after which they would have to leave the realm by a designated port.

The interior is notable primarily for its late medieval and Elizabethan brass memorials to members of the Blennerhasset family, whose family pew stands in the nave, near a carved Jacobean pulpit.

There are seven memorial brasses, which must make it one of the largest groupings of any parish church in Norfolk. The oldest is that of Ralph Blennerhassett, who died in 1475. The fineness of the carving is delightful and shows in wonderful detail what clothing and military armour was like in the late medieval and early Tudor periods.

The Blennerhassett's finely carved box stall dates to the early 17th century. The family held the Frenze Estate until 1636 when it was taken over by the Nixon family. Ledger stones to Richard Nixon (d. 1666) and his son, also named Richard (d. 1678) are set into the floor in the centre of the nave.

There are also two piscinas, a nicely carved octagonal font, and a medieval stone altar slab, or mensa, set on top of the later wooden altar. The mensa was removed during the Reformation and used as a doorstep. It was recovered during repairs to the church in 1900 and restored to use as an altar. Above the altar fragments of medieval glass are set in the large east window.

The 17th-century prayer desk has a pair of 15th-century monkey figures reused as bench ends.

St Andrew's may be a bit out of the way, but is well worth a visit to see, particularly if you enjoy medieval brasses. The church is no longer used for regular worship and is in the care of the Churches Conservation Trust. The church stands in rural splendour beside a farmyard. It is usually open daylight hours. 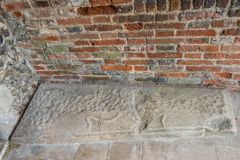