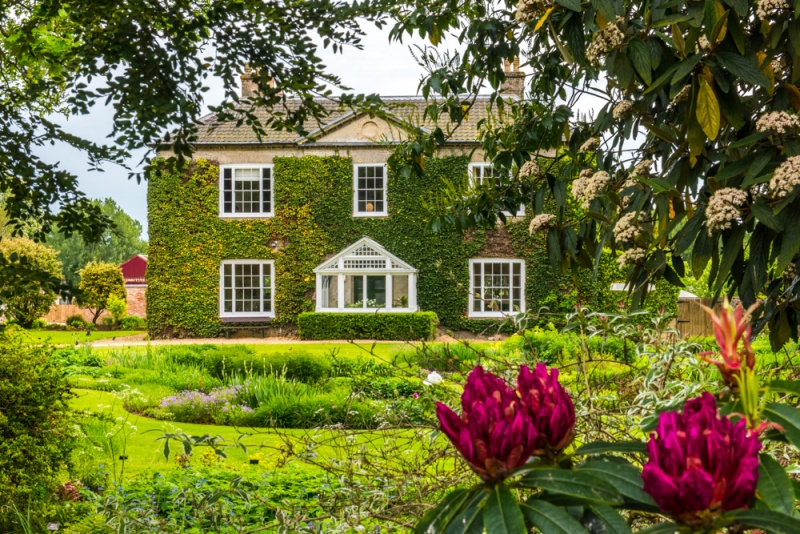 Bressingham Hall from the gardens

Something is always happening in the grounds of Bressingham Hall! The grounds at Bressingham are home to an award-winning garden landscape designed by Alan Bloom, and a popular steam railway and museum catering to families and railway buffs.

Bressingham Hall was built in 1760 for a wealthy surgeon and farmer from Norwich named Robert Colman. Originally a farmhouse, the Hall was remodelled as an elegant Georgian mansion. In 1946 Alan Bloom purchased the Hall and the surrounding 220-acre estate, complete with a popular nursery. 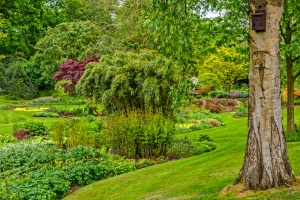 From 1955 Mr Bloom began to create the gardens we see today, based around a two-acre lake created from a small pond. The first garden was simply a collection of hardy plants interspersed with existing trees and meadow. By 1961 the nursery had grown to become the largest in Europe. The success of the nursery gave Mr Bloom the freedom to focus on his passion for early steam engines.

There are six main garden areas, including a winter garden, summer garden, and the area known as Foggy Bottom. This 6-acre area boasts over 500 different conifers and 100 heathers, interspersed with ornamental grasses and perennials. It truly is an inspirational place to explore.

In addition, there is a Fragrant Garden, with plants specially selected for their pleasing scent, a woodland garden, and a dell garden, which is home to the National Collection of Miscanthus for the British Isles. The Winter Garden is designed to offer colour during the harshest months, with winter-flowering heathers, hellebores, snowdrops, and early bulbs.

The gardens include perennial plants from across Europe, with examples of over 5000 species and varieties, and are known for providing colour at all seasons.

The Steam Railway and Museums

The first steam engine Bloom purchased was a Burrell traction engine, and this was quickly followed by 1 wide variety of road steam engines. In 1965 the first version of the narrow-gauge railway was laid out. Bloom continued to purchase more historic engines, including the famous Royal Scot in 1972.

So many engines were collected that a new museum had to be built to house them all, plus stationary engines, traction engines, railway memorabilia, and Royal coaches. A second museum was created to showcase steam pumps and engines used to combat fire. 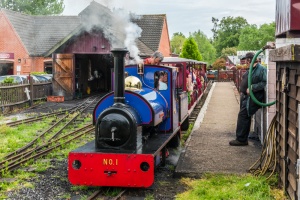 The steam railway pulling
away from the station

The latest addition to the museum collections was the Dad's Army Collection, which opened in 2000. The collection showcases items used in the BBC TV series, plus official memorabilia. The Collection is displayed in a perfectly recreated version of the Walmington-on-Sea High Street used in the television series.

Attached to the site is the popular Bressingham Garden Centre, which offers garden supplies.

Bressingham is very well signposted and is easy to find, being located on the A1066 two miles west of Diss. Note that there are separate entrances for the garden centre and the other attractions. You can choose to visit the steam exhibits, the gardens, or both.

When I arrived for a visit in June there was a special event taking place, on a WWII theme, with military vehicles, men and women dressed in 'home front' clothing and military uniforms, and 1940s music playing. It was a delightful experience. The steam exhibit is enthralling, even though I don't consider myself particularly knowledgeable about steam vehicles. I particularly enjoyed the Royal Mail exhibit, including an inside look at a mail coach.

As for the gardens, they are magical. Everywhere was variety and colour. So much thought has obviously gone into creating the gardens. My favourite area was the Dell Garden, but the entire experience was an absolute delight.

If you enjoy English gardens, or a nostalgic look at steam, or both, you won't find a better day out in Norfolk than Bressingham. 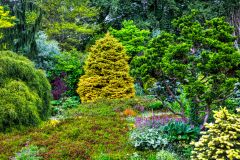 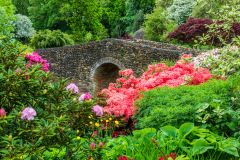 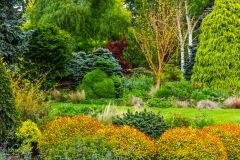 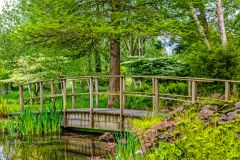 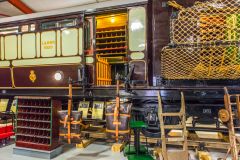 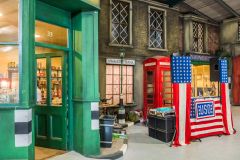 More self catering near Bressingham Steam and Gardens >>

More bed and breakfasts near Bressingham Steam and Gardens >> 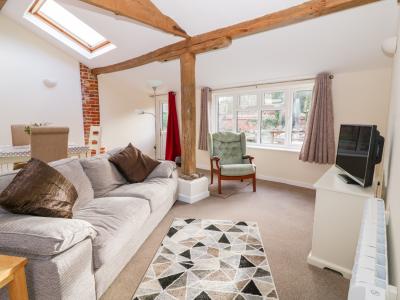 This converted barn is positioned near the market town of Diss and can sleep two people in one bedroom.
Sleeps 2 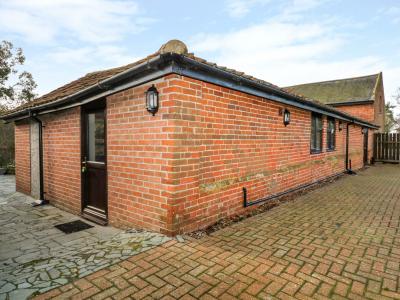 This superb barn conversion rests peacefully on the owner's land, near the Norfolk town of Diss, and can sleep two people in one bedroom.
Sleeps 2