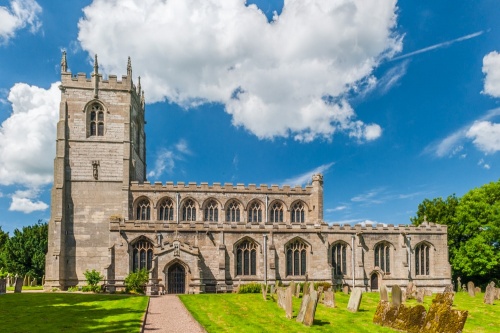 A church was recorded at East Markham in the Domesday Book of 1086 but no trace of that early medieval building remains. We know that a church existed as early as 1291 for it is mentioned in taxation documents at that time. It may have been a chapel under the control of the Benedictine priory at Blyth.

The church we see today is a wonderful example of 15th-century Perpendicular style, but it retains the 14th-century chancel arch from the earlier medieval building.

Architectural historian and poet Sir John Betjeman described St John's as 'The Cathedral of the Trent Valley', and it is an apt description; it is a very large building for a village the size of East Markham, with a high clerestory over the nave flooding the interior with light. 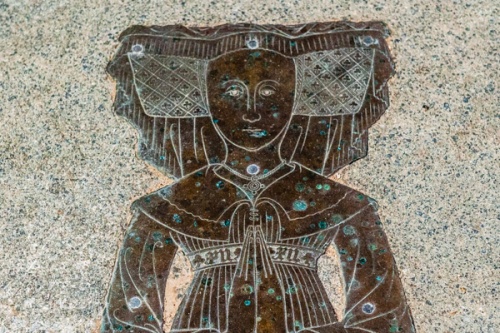 The nave interior has wonderful carved heads decorating the base of the arcade arches.

The earliest parish records date to 1561. In 1609 the vicar of East Markham recorded 115 deaths by plague. The next entry in the parish records is the vicar's name, written in a different hand. Almost a quarter of the village population died in the plague. The surviving residents abandoned the original village site and rebuilt their houses along the road to Lincoln.

The colourful east window is the work of Sir Ninian Comper - though it does not show his customary strawberry symbol. It was installed in 1897 in honour of Rev Brameld. The altar rails date to 1637, as does the screen between the south altar and the nave. It was moved to the south altar to make space for a new chancel screen to be designed by Comper. The screen, however, was never built as the churchwardens and vicar argued with their patron the Duke of Newcastle over how to allocate the money. 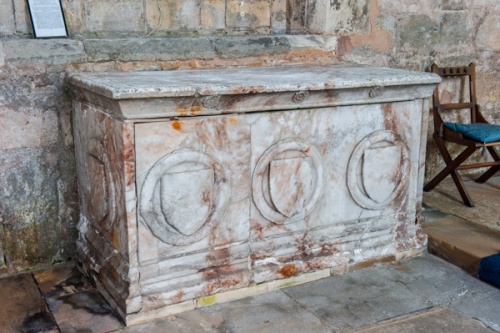 Set into the floor in front of the Lady Chapel altar is a memorial brass to Dame Millicent Merying (the brass is protected by a mat, but it is safe to remove the mat so you can inspect the beautifully-preserved brass - just remember to put it back again afterwards). Merying died in 1419 and the brass shows her wearing an absurdly wide wimple headdress and long, flowing robes. This is easily one of the finest brasses in Nottinghamshire.

Meryng was married 3 times. Her first husband was Sir Nicholas Burdon, who died at the Battle of Shrewsbury in 1403. Her second husband was Judge John Markham, who drew up the legal document to depose Richard II in 1399. After Richard signed the document (under duress) Judge Markham received the crown from him. He is also said to have lectured Prince Henry (later Henry IV) for his riotous behaviour. Judge Markham and Millicent Meryng's son was Sir John Markham, and her third husband was Sir William Meryng. 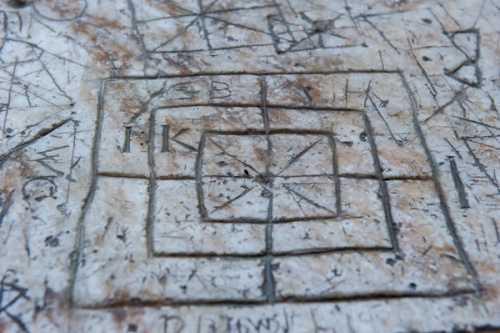 On the north side of the chancel is the tomb of Sir John Markham, Milicent Meryng's second husband, who died in 1409. Look for the Nine Men's Morris gaming board etched into the surface of the tomb. The tomb is also covered in graffiti, including names from the Civil War period and the symbol of a coffin. Judge Markham and his son Sir John were responsible for rebuilding the church as we see it today.

Near Sir John's tomb is a medieval grave slab of an unknown woman. This may be the grave of Elizabeth Markham, Sir John's first wife. Also n the chancel are several 18th-century grave slabs set into the floor, commemorating members of the Kirke family.

Immediately beside the south doorway is a wooden poor box on a pedestal. The box is secured by three locks, and the key to each lock was held by a different church official. All three keyholders would have to be present when the box was opened. 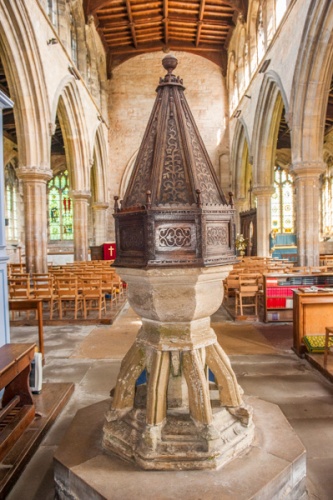 The chapel window is dedicated to the Markham family and holds medieval glass depicting St Sitha, the patron saint of maid-servants. The glass also depicts the head of the Virgin Mary and a pair of angel wings. There is more medieval glass in the south aisle windows.

Beside the vestry at the west end of the nave is an ornate chamber organ, probably brought here from a nearby stately home when it was pulled down. Parts of the organ date to the 18th century.

Next to the organ is a very unusual font. The font base appears to be the original 15th-century bowl turned upside down, possibly due to damage by Cromwell's soldiers during the Civil War. It is topped by a Jacobean cover installed in 1637. The pulpit is probably from the same time period.

At the east end of the north aisle is the Trinity Chapel. The altar slab is medieval and was found in the churchyard in 1897 after the vicar, Rev Briggs, had a dream about it.

The church was in the news in October 2018 when thieves stripped the lead off the church roof, causing some £250,000 damage. 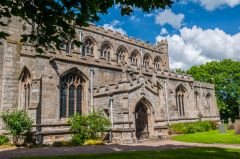 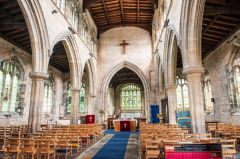 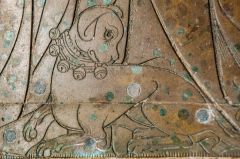 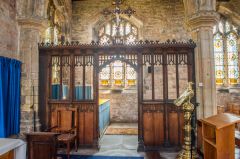 The Maypole At Wellow - 6 miles
Newark, Nottinghamshire
From: £80.00