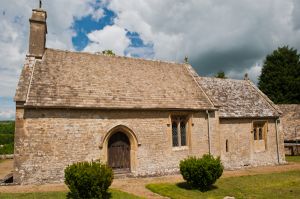 A 13th-century Cotswold church in a small hamlet, St Mary's retains some interesting medieval features despite a Victorian restoration. The village it was built to serve has shrunk over the years to little more than a hamlet.

Due to changing settlement patterns St Mary's fell out of use, and for several years in the 19th century was used as a cow barn.

The church consists of a simple nave, chancel, and west bell turret. The door is medieval, and within the interior is a very simple, unadorned 15th-century font and there are fragmentary remains of 15th century stained glass.

There are remnants of medieval wall paintings above the chancel arch and a number of 17th and 18th-century monuments. The beautifully carved pulpit is Jacobean, and attached to it is a wrought-iron hourglass holder used to time sermons.

NB. The name of the village is sometimes written as Shipton Sollars rather than Solers. The latter is probably more historically accurate, as according to historical records the church was a gift of William de Solers in 1298. 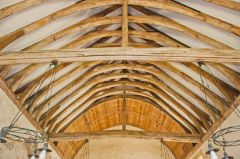 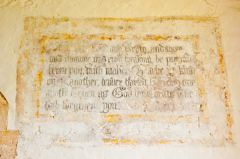 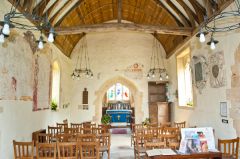 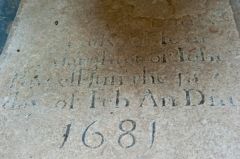