HERITAGE HIGHLIGHTS:   1497 brass to John Camber in the chancel 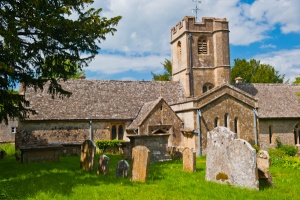 St Andrew's church stands on a high ridge in the north Cotswolds, looking across the beautiful Coln valley. The church is set back from the road, approached by a path lined with colourful flowers in summer.

St Andrew's dates to the Norman period, with the addition of a striking 15th-century central tower and Perpendicular transepts. The tower has an external octagonal staircase, which is rather unusual for the Cotswolds, and is supported by three 13th-century pilaster buttresses.

The tower is inserted in the fabric of the church in a very odd way, due to the fact that the chancel is narrower than either the nave or transepts, requiring extra buttresses to hold the structure upright.

Carved into the exterior wall of the south transept is an ancient sundial, while on the north nave wall is a blocked Norman doorway and trefoil window. The porch is entered through a Tudor arch, and the lintel over the south doorway has Norman chevron carvings. 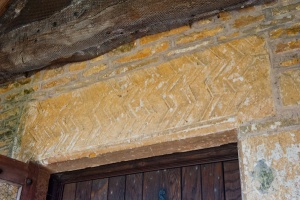 The chancel was probably built in the 13th century, then lengthened in the 14th century, for it has simple lancets in the west walls, yet the large east window has lovely Decorated Gothic tracery, suggesting a later date.

In the chancel, set on the south wall, is a lovely memorial brass to John Camber (1497). Camber was a wool merchant of Worcester, who bequeathed 100s to repair and rebuild the church. He is generally credited with financing the tower, porch, and transepts.

Camber is shown in clothes fashionable during the reign of Henry VII. But if he was a merchant of Worcester, why is he buried here in Sevenhampton?

The answer is in his will, which states 'I ... bequeath my soul to Allmighty God ... and my body to be buried within that holy Church in whatsoever Parish it shall so time me to decease'. So his business affairs must have brought Camber to Sevenhampton, whee he chanced to die, and here he was buried. 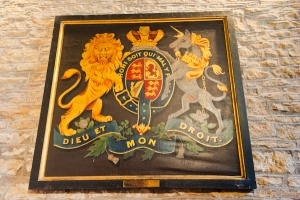 Other memorials in the chancel include several to the Lawrence family of Whittington Court.

Unusually, there are two fonts inside the church. One is Carolean (late 17th century) and stands on a slender baluster. Records in 1863 describe it as 'wretched and modern', which perhaps accounts for the presence of a second font the gift of Agatha Lawrence in 1891/2.

Opposite the Victorian font, against the north wall of the nave, is n endowment tablet recording the gift of Thomas Longford, who in 1770 gave £1 annually to be distributed among the poor of the parish. To the west of the font, on the south wall, is a royal coat of arms to Charles II.

One very unusual feature is an extremely old trowel on a plaque against the wall. This trowel was discovered inside the stonework of the west wall during restoration work in 1893. We don't know how old it is, but it could well be medieval. Presumably it was left behind accidentally by a mason centuries ago and never recovered.

There are a few interesting historical snippets to be gleaned from the church records. St Andrews was given to Llanthony Priory in 1136, and by the Reformation, the curate was getting a salary from the farmer of the priory estate in Sevenhampton.

In 1365 Llanthony granted the income from a house and land they owned in Brockhampton to pay for maintaining a lamp in Sevenhampton church. That land went to the crown at the Reformation and was eventually granted to Sir Edward Warner in 1561.

That the income from a house and estate should go to keep a lamp in the church speaks to just how difficult it was to maintain a decent light in the days before electricity!

I've been to Sevenhampton church twice, and both times I was struck by the wonderful setting, with fabulous views across the Coln River valley, and beautiful Cotswold stone cottages surrounding the church. There is such a sense of timeless calm here. The church is beautiful, with some very interesting historical features, and well worth a visit. 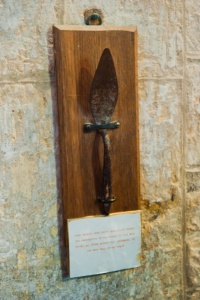 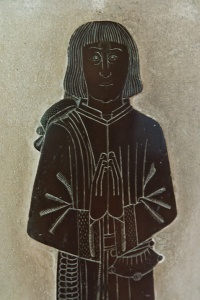 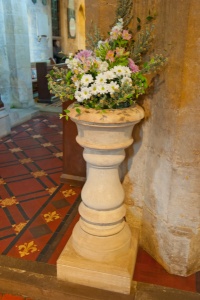 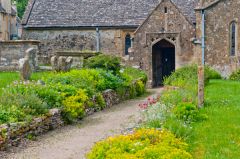 More self catering near Sevenhampton

More bed and breakfasts near Sevenhampton