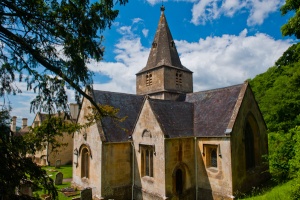 I would call Dowdeswell church an interesting rather than a fascinating historic building. The location is very pretty, beside the manor house, in a green dell below the road, and the churchyard is full of interesting historic monuments, including numerous table tombs.

The first church here was built in the Norman period, as a chapel of Withington. It seems that until 1413 the people of Dowdeswell had to carry their dead to Withington for burial, as St Michael's did not have the right of burial.

That first church burned down in the 15th century, and the current cruciform building was erected on its foundations. Interior highlights include a finely carved 15th-century octagonal font, but the real historic interest at Dowdeswell is provided by the variety of excellent memorials, ranging from medieval monumental brasses to ornate Victorian wall tablets. 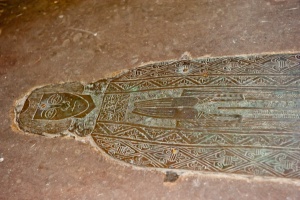 Medieval brass of a priest

There is a finely gilded memorial to Edward Rich of Upper Dowdeswell, lord of the manor and a prosperous barrister at Lincoln's Inn, London, who died in 1680. By the altar is a brass dated 1623 to John Crowther, a parson of the Dowdeswell parish. Set into an 18th-century ledger stone in the chancel aisle is a full-length medieval brass of a man in clerical vestments. Though the inscription is long gone, the priest may be an abbot of Hailes. 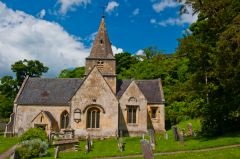 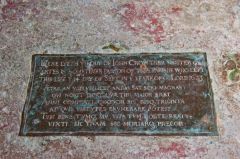 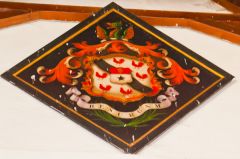 More self catering near Dowdeswell

More bed and breakfasts near Dowdeswell